By ALEX NDEGWA
Africa’s final assault on International Criminal Court is scheduled next week at African Union headquarters in Addis Ababa, Ethiopia, and on it rests hopes for referral of cases against four Kenyans.

Heads of State are expected to approve amendments to expand the jurisdiction of the African Court of Justice designed to facilitate the take over of cases facing top African leaders at The Hague-based court.

The summit intends to endorse recommendations by Africa’s Ministers of Justices and Attorney Generals to extend the African court’s mandate to include prosecutions for genocide, war crimes, and crimes against humanity.

Besides stamping a seal of approval to the amendments, the leaders attending the 19th Ordinary Session of the Assembly of the African Union will also endorse “the African common position” regarding ICC.

It includes a resolution that the UN Security Council acts on requests by the AU for deferral of proceedings against Sudanese President Omar al-Bashir and cases against four Kenyans set to go to full trial at The Hague.

AFRICAN COURT
The AU meeting, which runs from July 9-16, was moved to Ethiopia after Malawi warned Bashir he was not welcome to the talks in Lilongwe.

The refusal of AU’s request for the suspension of cases against the Sudanese leader and the Kenyans prompted Africa’s hard line position on ICC, which has been accused of targeting African leaders.

Last week, Kenya’s Ambassador to AU Monica Juma said the newly empowered African court to try those accused of committing international crimes would be based in Arusha, Tanzania.

Arusha hosted the International Criminal Tribunal for Rwanda (ICTR), which is winding up its activities. It is also the seat of the African Court on Human and Peoples’ Rights.

“The process of establishing the court has commenced, but it is a matter of negotiation. The location, however, has been identified and it would be in Arusha,” said Dr Juma, who is also the permanent representative to Intergovernmental Authority on Development.

Kenyatta and Muthaura have petitioned the ICC to move their trials from The Hague to Kenya or Arusha. In their submissions during the status conference last month at The Hague, the two argued the Rome Statute provides that the ICC may sit elsewhere whenever it considers it desirable to do so.

Muthaura submitted that the trial could affect his health, as it would not only significantly disrupt his life but would also be stressful.

“It is principally for this reason – a desire to reduce disruption and the strain of a criminal trial – that Ambassador Muthaura would continue to prefer that this trial before ICC takes place in Kenya or in Arusha,” his lead counsel Karim Khan submitted.

On behalf of Uhuru, Queen’s Counsel Steven Kay submitted: “The defence requests the trial to be held in Kenya for reasons of judicial economy and to ensure the judicial process takes place within the territory affected.”

Muthaura requested that the governments of Kenya and Tanzania be invited to address it on the feasibility and willingness of hosting the ICC. Judges of ICC’s Trial Chamber V are yet to rule on the requests.

The AU meeting comes after President Kibaki told Parliament in April that the Government is still exploring a local mechanism to try the post-election violence suspects.

A draft agenda for the AU assembly includes “consideration of legal instruments as recommended by the Executive Council and Ministers of Justice and Attorney Generals”.

Expanded jurisdiction
Also listed is the consideration of the draft African Union model national law on universal jurisdiction over International Crimes and draft Protocol on the African Court of Justice and Human Rights.

The AU seeks to expand jurisdiction of African Court of Justice and Human and Peoples’ Rights so that it can deal with international crimes, which are currently exclusively left to The Hague court.

The African Court of Justice handles civil matters particularly with regards to the protection of human rights and consolidation of good governance.
Also in the agenda is the appointment of three Judges of The African Court on Human and People’s Rights.

A meeting of the permanent representatives committee starts on Monday ahead of the two-day assembly attended by Heads of State, which itself begins next Sunday during which the key decisions would be ratified.

FACING OPPOSITION
Some 40 African civil society groups have opposed the proposal to expand the jurisdiction of the African Court to cover international crimes, which they view as setting the stage for a mass pull out from the ICC by African nations.

“If the African Court’s jurisdiction is expanded, African ICC states parties may face duplicative or competing obligations between the African Court and the ICC, including in resource and co-operation requests,” read their statement.

It also emerged the draft protocol makes no reference to the Rome Statute, even though 33 African states are party to the ICC. 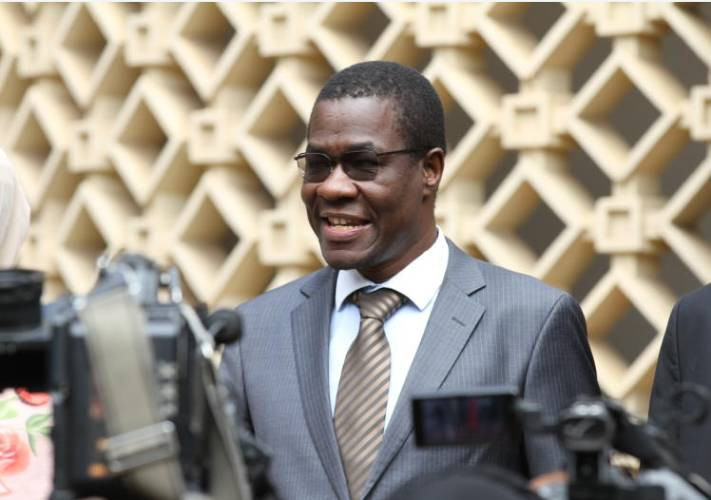