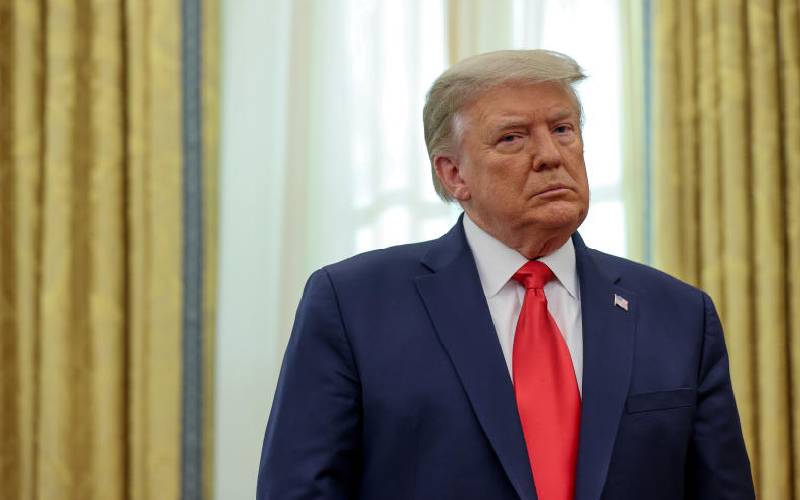 Donald Trump’s campaign said it filed a lawsuit in Georgia state court on Friday seeking to invalidate the presidential election results there, the latest in a series of legal challenges aimed at reversing his loss that have so far gone nowhere.

The Trump campaign said in a statement its new lawsuit would include sworn statements from Georgia residents alleging fraud.

Georgia’s Secretary of State Brad Raffensperger, a Republican, like Trump, and other state officials have said repeatedly they have found no evidence of widespread fraud in the Nov. 3 election won by Democrat Joe Biden.

Trump’s team and various individuals backing him have suffered a string of legal defeats around the country, including in cases filed in Nevada and Wisconsin that sought court orders to reverse those states’ election results.

President-elect Biden won the election with 306 Electoral College votes - against the 270 required - to Trump’s 232.

A district judge in Nevada on Friday dismissed a case brought by would-be Republican presidential electors and said they must pay defendants’ legal costs after failing “to meet their burden to provide credible and relevant evidence to substantiate” any of the lawsuit’s claims.

“Such a move would appear to be unprecedented in American history,” Wisconsin Supreme Court Justice Brian Hagedorn wrote in his concurring opinion of four justices issued on Friday.

Trump’s campaign has spent nearly $9 million on its unsuccessful bid to overturn the results of the election, including nearly $2.3 million to lawyers and consultants.

The campaign and the Republican National Committee have raised at least $207.5 million since Election Day, much of it from solicitations asking for donations to an “Official Election Defense Fund”.

The fine print made clear most of the money would go to other priorities through Trump’s new political action committee, which could fuel his future political endeavours.

Insurers in bid to cushion directors from costly lawsuits

Can Trump be barred from future office?