What happens to the US presidential poll if a candidate dies or becomes incapacitated? 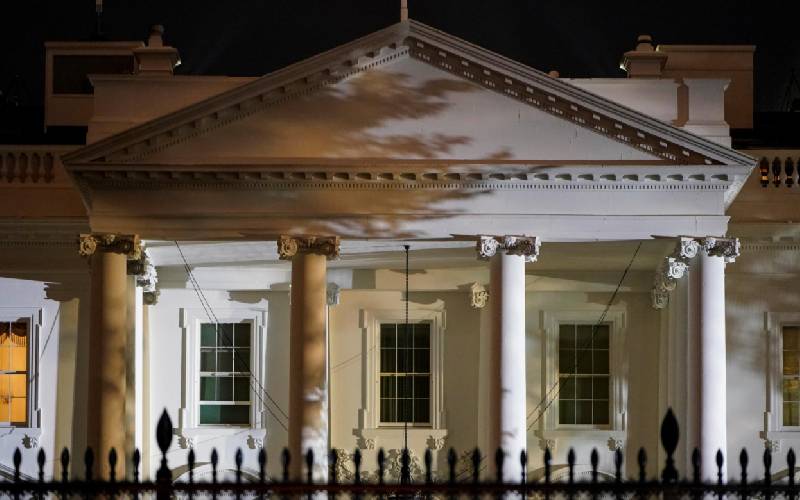 US President Donald Trump said on Friday that he had tested positive for Covid-19 and was going into isolation.

Trump has mild symptoms, according to White House Chief of Staff Mark Meadows. But the diagnosis, less than five weeks before the November 3 election, has raised questions about what happens if a presidential candidate or the president-elect dies or becomes incapacitated.

Here’s how US law and party rules address those scenarios.

- Can the November 3 election be postponed?

Yes, but that is very unlikely to happen. The US Constitution gives Congress the power to determine the election date. Under US law, the election takes place on the first Tuesday after the first Monday in November, every four years.

The Democratic-controlled House of Representatives would almost certainly object to delaying the election, even if the Republican-controlled Senate voted to do so. The presidential election has never been postponed.

- What happens if a candidate dies ahead of the election?

Both the Democratic National Committee and the Republican National Committee have rules that call for their members to vote on a replacement nominee. However, it is likely too late to replace a candidate in time for the election.

Early voting is underway, with more than 2.2 million votes cast, according to the US Elections Project at the University of Florida. The deadline to change ballots in many states has also passed; mail ballots, which are expected to be widely used due to the coronavirus pandemic, have been sent to voters in two dozen states.

Unless Congress delays the election, voters would still choose between the Republican Trump and Democrat Joe Biden even if one died before November 3. If the winner is deceased, however, a new set of questions emerges.

- What happens if a candidate dies before the Electoral College votes?

Under the Electoral College system, the winner of the election is determined by securing a majority of “electoral votes” allotted to the 50 states and the District of Columbia in proportion to their population.

Each state’s electoral votes typically go to the winner of the state’s popular vote. Some states allow electors to vote for anyone they choose, but more than half of the states bind electors to cast their votes for the winner.

Most state laws that bind electors do not contemplate what to do if a candidate dies. Michigan’s law requires electors to vote for the winning candidates who appeared on the ballot. Indiana law, by contrast, states that electors should switch to a party’s replacement if the candidate has died.

In the event of a candidate’s death, the opposing party might challenge in court whether bound electors should be allowed to vote for a replacement, said Lara Brown, the director of the Graduate School of Political Management at George Washington University.

“The most interesting question is really going to be, how will the Supreme Court handle a controversy like this?” she said.

But Justin Levitt, a professor at Loyola Law School, said he viewed it as unlikely that a party would try to defy the will of voters if it was clear a particular candidate won the election.

- What if a winner dies after the Electoral College has voted, but before Congress has certified the vote?

After the Electoral College votes, Congress must still convene on Jan. 6 to certify the results. If a presidential candidate won a majority of electoral votes and then died, it is not entirely clear how Congress would resolve the situation.

The Constitution’s 20th Amendment says the vice president-elect becomes president if the president-elect dies before Inauguration Day. But it’s an open legal question whether a candidate formally becomes the “president-elect” after winning the Electoral College vote, or only after Congress certifies the count.

If Congress rejected votes for a deceased candidate and therefore found no one had won a majority, it is up to the House of Representatives to pick the next president, choosing from among the top three electoral vote-getters.

Each state delegation gets one vote, which means that even though Democrats have a majority, Republicans currently hold the advantage in a contingent election, as they control 26 of 50 state delegations. All 435 House seats are up for election in November, so the makeup of the next Congress is still unknown.

No winning candidate has ever died after the election but before the inauguration. The closest instance came in 1872, when Horace Greeley died on November 29, weeks after losing the election to Ulysses Grant. The 66 electoral votes that Greeley earned ended up largely split among his running mate and other minor candidates.

- What happens if a president-elect dies or becomes incapacitated after Congress has certified the result?

Covid-19 US Constitution US Presidential election