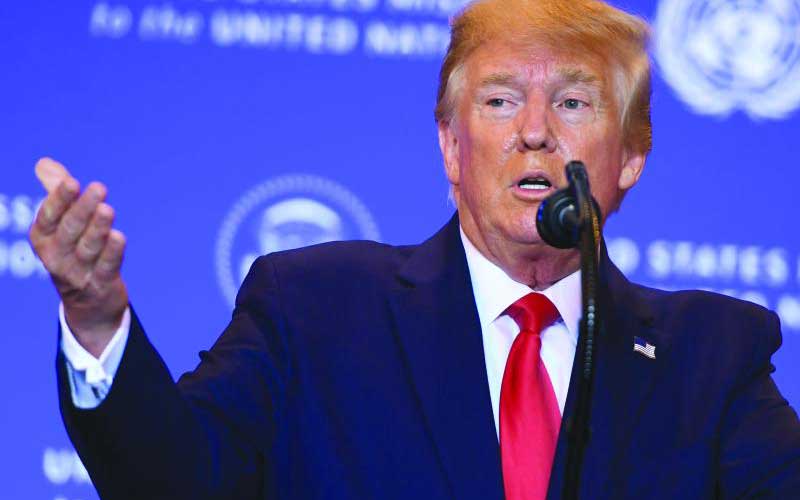 The Senate impeachment trial of US President Donald Trump (pictured) is likely to begin in one week's time while key players in the process could be sworn in later this week, Majority Leader Mitch McConnell said Tuesday. McConnell said he expected the House of Representatives to send the articles of impeachment through to the upper chamber on Wednesday. "We believe that if that happens -- in all likelihood -- we'll go through preliminary steps here this week which could well include the chief justice coming over and swearing in members of the Senate and some other kind of housekeeping measures," McConnnell told reporters.

"We hope to achieve that by consent which would set us up to begin the actual trial next Tuesday." McConnell, who is a member of the president's Republican party, pushed back suggestions that he would try and prevent the trial from going ahead. "There's little or no sentiment for a motion to dismiss. We have an obligation to listen to the arguments," he added. House Speaker Nancy Pelosi had earlier announced that the articles of impeachment would be transmitted on Wednesday, setting the stage for Trump to become only the third US president in US history to go on trial for removal from office. Trump's conviction in the trial is highly unlikely, given Republicans' 53-47 control of the Senate, and the high two-thirds vote threshold required to find him guilty.