When, how and where to use over and above 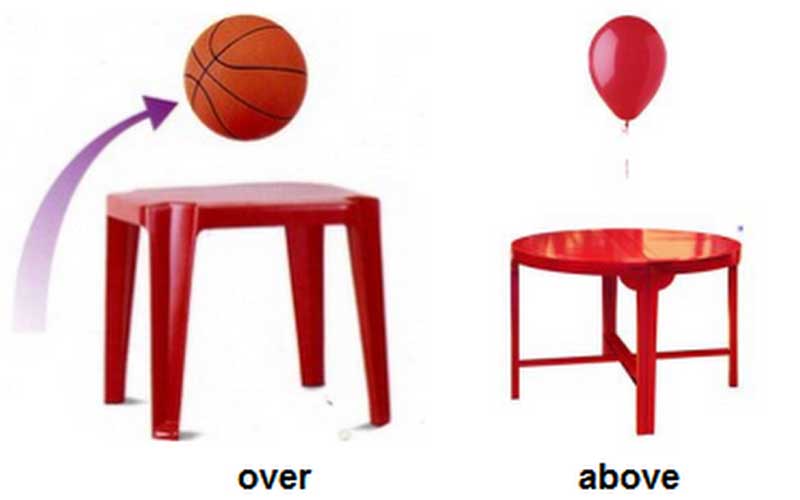 While going through some passages last week, two grammatical constructions caught my attention. They were; “...six months after’ and “An officer over the rank of...” From the two, let us isolate the words ‘after’ and ‘over’ and discuss their usage vis a vis ‘later’ and ‘above’.

Without meaning to, we sometimes use the words ‘after’ and ‘later’, ‘over’ and ‘above’ interchangeably; the result of which is failure to communicate the intended meaning. It is even more confusing when one has to take care to ensure that where a word is meant to function as a preposition, it does not take the form of an adverb, adjective or conjunction.

Before proceeding, let us recap. The dictionary definition of prepositions is; words that govern and usually precede nouns or pronouns and express a relation to other words in clauses as in ‘the man on the platform’, ‘she arrived after dinner’, ‘what did you do it for?’

Adverbs are basically verbs to which letters ‘ly’ have been added and are used to modify verbs, other adverbs or adjectives. They mostly express relationship in terms of place, time, circumstances, degree and so forth. Examples include, “He picked up and rocked the crying baby gently” or “It is true there is a connection between earth and heaven”.

Adjectives on the other hand are words that name the attribute of a noun. For instance, “The green bus drove by yesterday”, “The scary, red-eyed ezenwa made us tremble”. Conjunctions are words that join clauses or sentences. For example, “The mind is willing but the body is tired”.

On its own, “six months after’ does not express a complete thought the way a sentence should. It is hanging and leaves a question. In this instance, the question that lingers is; after what?

Thus, we could say “Six months after Okonkwo took a third wife, he turned his toes upwards”.  In this sentence, the word ‘after’ is a preposition. It has been used to show something that follows another in time, place or order (marriage and death). To turn ones toes upward or to give up the ghost means to die.

As a conjunction (joining clauses or a clause and a time noun), ‘after’ refers to a time later than another event. For instance, “Two years after the office of the deputy governor of Nairobi fell vacant, the deputy governor’s office remains unoccupied”.

In the sentence; “Raila Odinga arrived at the venue of the meeting at precisely noon and President Uhuru Kenyatta ten minutes after”, the word ‘after is used as an adverb (relationship in terms of place, time, circumstances).

In the adjectival and adverbial forms, ‘later” is used to show a time in the future. For instance, “We can take a walk later”. Still in the adjectival sense, ‘later’ is used to denote ‘coming towards the end’. For example, “In his later years, 90-year old Davis has become arthritic”. ‘Later’ can also be used in place of ‘recent’. “The later (latest) model of Audi is quite superb”.

The words ‘over’ and ‘above’ are prepositions that more often than not, mean the same thing. However, there are subtle differences that we should take note of. For instance, while ‘over’ denotes ‘suspended above  or covering ’, the word ‘above’ refers to a higher level or pedestal. For instance, “Only an officer above the rank of Inspector can take charge of a regional police station”.

To say “Only an officer over the rank of Inspector can take charge or a regional police station” is bad form. ‘Above’ refers to a position while ‘over’, a covering. “Above’ is more appropriate in usage when there is no contact between the things being referred to in a sentence. The following sentence will help us understand  this better. “The little boy raised his hand above his head to try and reach the bulb hanging over his head”.

Additionally, ‘over’ can be used adverbially without the word coming after a noun as in, “She fell over and hurt her shoulder”.  No doubt, you might have  heard the oft used phrase ‘over and above’, or used it yourself. The phrase is detached from the explanations above and simply means “in addition to”.

Language use Over Above