The US should come off its moral high horse 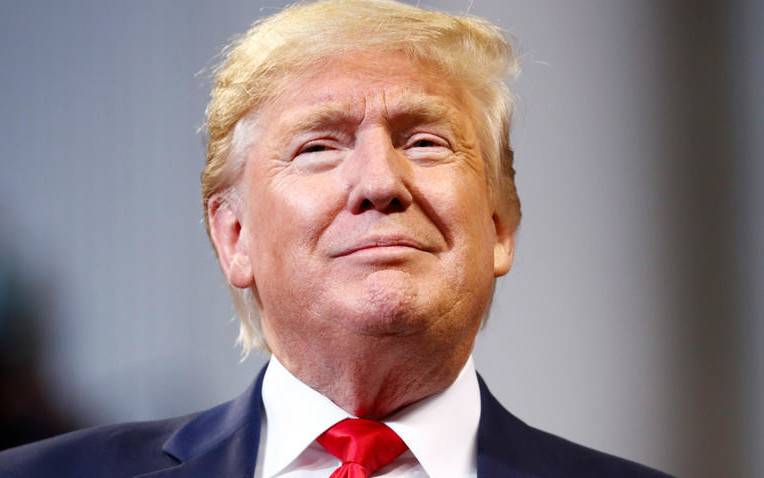 Cowboy tenancy in the White House is a threat to world peace. In every respect, US President Donald Trump (pictured) exhibits the attributes of a cowboy. His belligerent comportment and indifference to other people’s sensibilities only compound matters. In the time Mr Trump has been in office, he has become notorious for his propensity to pick fights with almost everybody, both at home and internationally. His character has grown so obnoxious that the House of Representatives impeached him recently. His fate now lies with the US Senate. While Trump has succeeded in intimidating quite a number of world leaders, in North Korea’s Kim Jong-Un, he met his match, covertly acknowledged what Kim was capable of doing, and backed off despite a lot of braggadocio. The end of the Cold War between the US and USSR in the 1980s, and the breakup of the USSR in 1991 left the US as the undisputed world superpower. And being the only bully boy left standing, the US arrogated itself the power to become the world’s policeman, deciding what other countries should do, how and when.

SEE ALSO: Work ethic. The one thing that changed my fortunes

In the process, the US became averse to any other country building weapons, the likes of which it stocks; especially chemical and nuclear. It was on the excuse that Iraq had stockpiled weapons of mass destruction that the US invaded it in 2003, found nothing and ended up with egg all over its face. Iraq had, in 1991, destroyed its chemical weapons’ stockpiles in compliance with a UN Security Council resolution. Last week, US forces in Iraq killed Iranian General Qassem Solemani, ostensibly because he had masterminded the deaths of many US soldiers in Iraq. On its part, Iran has vowed to avenge the death. Undaunted, and actually daring the Iranian’s to “bring it on”, the US flew 52 of its F-35A stealth fighters in a show of might early this week. The number 52 is symbolic. It is representative of targets the US will bomb in Iran if the latter carries out its threat. It also represents the 52 US hostages held by Iranian students for nearly 15 months during the US-Iraq standoff in 1979. Then, the students were aggrieved that the US was undermining the Iranian revolution. It will be foolhardy for Iran to start a frontal war with the US, fully cognisant it cannot win it. It is perhaps only China that has the military might and wherewithal to make the US think twice before starting a fight. The option available to Iran is what novelist Wilbur Smith calls the “sting of the flea”. If Iran also manages to sneak in the issue of religion and weaves a narrative of America invading Islam and Muslims, the situation could get tricky. American citizens, companies and army bases literally dot the globe. They are easy targets for Iranian/Islamic mercenaries. But the tragedy is that the ‘sting of a flea’ strategy could hurt both the US and its close allies like Kenya and Israel. We all know that the US has military bases in Kenya that can provide target practice for Iranian mercenaries. The 1998 twin bombing of US embassies in Kenya and Tanzania in which 224 people were killed is a case in point. What prompted the attack was Al-Qaeda’s objection to the presence of ‘infidels’ (Americans) in the holy cities of Mecca and Medina, Saudi Arabia, following Iraq’s invasion of Kuwait.

Truth be told, the US is as rogue as Iran is. Both thrive on exporting terrorism in the compound sense of the word. US exploits in at least 84 countries, among them Vietnam, Iraq, Libya and Iran, are acts of terrorism. There was no justification for most of them. The Vietnam war in the 1950s-1960s in which the US lost nearly 60,000 troops was a fiasco it should have learnt from. In short, the US should simply stop assuming the high moral ground and appreciate that other counties have an entitlement to their standpoints. The motive behind fatal Al-Shabaab attacks in Lamu and Dadaab remains unclear. In any case, there is no concrete evidence that Al-Shabaab actually masterminded the attacks. It is probable that highly trained mercenaries could be hiding behind the veil and invincibility of Al-Shabaab in areas along the Kenya-Somalia border to cause despondency in the country. A number of Muslim countries have condemned the murder of General Soleimani, which means that if push comes to shove, they are likely to throw their lot with Iran. Imagine a situation where there is a cutback in oil production and a total blockade of the Strait of Hormuz either because the US restricts movement or because of attacks on oil tankers. Oil is one of the major drivers of economies worldwide. For Kenya in particular, a spike in oil prices could give businessmen and women carte blanche to hike commodity prices. With our fragile economy, that could be the last straw that broke the camel’s back. US allies should prevail upon Trump to stop his adventurism. The world craves peace. Mr Chagema is a correspondent for The Standard. [email protected]