By Mwangi Maina | 2yrs ago 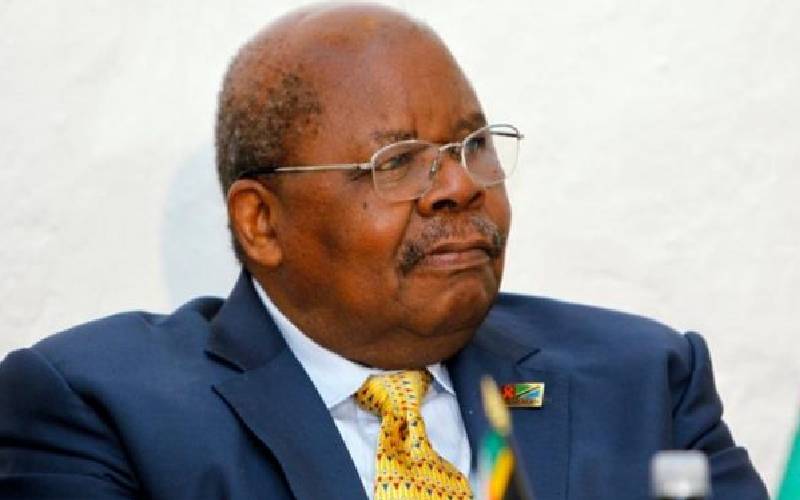 The family of the departed former Tanzanian President Benjamin Mkapa today stated that the former head of state died of cardiac arrest.

The family spokesperson William Erio while addressing mourners during the funeral mass of the late Mkapa at Uhuru Stadium dismissed reports on social media that the former President died of Covid-19.

According to Erio, Mkapa felt unwell and went to the hospital where tests confirmed he was suffering from malaria.

“He was on medication, admitted on Wednesday and Thursday afternoon he was feeling well, I went to visit him and he instructed me to take Bishop Nzigirwa to see him,’’ said William.

Addressing thousands of mourners in Swahili, the family spokesperson called on Tanzanians to respect the fact that Benjamin Mkapa died of a cardiac arrest and avoid speculating rumours.

Benjamin Mkapa passed on the night of Thursday while receiving treatment in a Dar hospital, and his cause of death has been speculated for the better part of Friday and Saturday, social media users saying he succumbed to Covid-19.

Tanzanians led by President John Magufuli have attended the late Benjamin Mkapa’s requiem mass to bid farewell to the departed former head of state at the Uhuru Stadium in Dar es Salaam.

James Mbatia of NCCR party attended the requiem mass, however, key opposition leaders were not present.

The public will pay their last respects for three days starting today to Tuesday.

According to a statement released by Prime Minister Kassim Majaliwa on Friday, Tuesday will be a day for local leaders and foreign dignitaries to pay their last respects.

The late former President will be laid to rest on July 29, 2020, at his home in Lupaso village in Mtwara region.

Election observation missions should up their game
Opinion
By Raphael Obonyo
17 mins ago
How fintech tools can help cushion Kenyans during inflation
Opinion
By Munyi Nthigah
1 hr ago
Premium Inside the Equity-KCB supremacy war
Financial Standard
By Dominic Omondi
1 hr ago
Mombasa port operations will not be interrupted during polls
Business
By Philip Mwakio
1 hr ago
.