Is age of sonkorism here sooner than we thought? 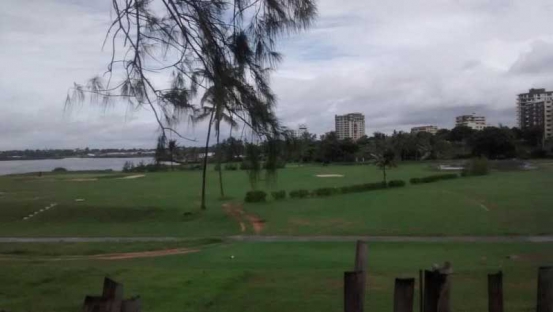 In 2010, we published a story in this newspaper titled, “On Sonkorism and Sonkonomy.” We predicted the rise of Sonkorism and possibility that Kenya will become a sonkocracy. The chicken is almost home to roost.

Sonkorism is a phenomenon that closely resembles a religion or a movement. It is characterised by worship of money and riches and using it to gain political power. The source of money and wealth does not need to be explained. And the faster one gets the money the better. The more mysterious the source of money, the more sonkorism becomes popular.

A ‘sonko’ is a man or woman who has lots of money or wealth. A country led by sonkos is a sonkocracy. An economy based on sonkorism is a sonkonomy.

Why is Kenya becoming a sonkocracy, sooner than we predicted? What will be the consequences? Should we worry?

Let us start by consoling ourselves. We are not the only country that has become a sonkocracy; even USA is one, only that the sources of their sonkos’ wealth can be explained.

In fact, most countries are led by variants of sonkos which includes monarchies. Political leaders have always been affluent. Even in colonial Kenya, our governors were not poor guys. A good example was Evelyn Baring, whose family owed the Barings Bank, which was brought down by a rogue derivatives trader in mid 1990s. After independence, the pattern was continued and reinforced.

In our traditional societies too, sonkos ruled. The chiefs were rarely poor guys and their wealth has trickled down to the current generation. Lots of prominent Kenyans have a chief’s blood in their veins. The other blood that competes favourably with chief’s blood in spawning prominent people is teachers.

Not so surprising, sonkos rule in the animal kingdom as well, with the biggest lording over others even genetically by mating with most females.

Enough digression. How did we get here?

The first blame is always the lack of a value system. Everyone is after money, by any means including corruption. In the past, we felt guilty for stealing public money. Today, you become a hero. If you are in a position to steal and you do not steal, you are labelled stupid.

After talking to young people, I have come to conclude it is a widely-held belief that stealing without being caught is heroic. And why not? We give so much publicity to those suspected of stealing that they become heroes. So much that once they seek political offices, they easily get it. They are well known, they are a brand.

What happened to our values? They have been subsumed by moral relativism; anything goes. When we were growing up, it was clear what was right and wrong. Today, lots of things are grey and no one wants to say it as black and white. Preachers, teachers, parents and other custodians and transmitters of values are all paralysed by moral relativism.

This relativism has been reinforced by legal interpretations. A good example. If the courts say it is legal to be gay or lesbian, what do teachers, preachers and parents tell the next generation?

This relativism applies to wealth and its accumulation. Which are the legitimate ways of acquiring wealth? Suppose I steal and win a legal case and I am set free?

We assume that young people do not see these things. They do and internalise them. That is why they admire sonkos and if they can not become one, they vote for one!

Another reason is our education. I have been accused of belittling humanities at the expense of science, technology, engineering and mathematics (STEM). That is only on the economic frontier, getting jobs and making our economy more productive. We need humanities too. Joseph Rotman, a Canadian philanthropist, for whom Rotman School of Business at University of Toronto is named, once said that “science empowers us, but humanities teach us how to use that power responsibly.”

That ensures a balanced view of the world and in-depth thinking. Without such an in-depth education, we get graduates who can not analyse issues and who are easily swayed by sonkos and their money.

The rise of sonkorism is an indictment of our education system’s failure to produce critical thinkers. Add the fact that we never read, which means that with time, we all start thinking and behaving the same way - making it easy for fads like sonkorism to thrive. Noticed how we circulate the same old stale and tired jokes on social media?

One hopes that the new curriculum will spawn a new generation of critical thinkers, which is the best bulwark against the excesses of sonkorism.

Few will want to hear this; but the 2010 Constitution laid the foundation for sonkorism. With the political power so widely dispersed, it means no one has power to dominate anyone else or institution. That created a vacuum that sonkorism has easily filled. Evidence is how the government appears helpless against sonkorism.

Through sonkorism, the elites and political dynasties that have dominated this country since uhuru finally got competition for power and influence. First it was through the new constitution. Did anyone think governors would be what they are today? The new sonkos have quickly learnt from the old elite that there is nothing like political power without economic power (money).

We can easily predict that with sonkorism, politics will become more expensive and dominated by only a few moneyed people. That is how Kenya will become a fully-fledged sonkocracy or a sonkonomy.

One of the big questions is how the old money will react to sonkorism. Will they embrace it the same way banks embraced M-Pesa or will they fight it? My hunch tells me they will build an alliance with sonkos. Politicians are like virus, very adaptable to change.

Finally, sonkorism is making its way to lower levels of the society. Ask teachers who is winning in prefects elections.

— The writer is a senior lecturer at University of Nairobi.

12 ways Kenya is a one-way economy

12 ways Kenya is a one-way economy