This is after an assailant brandishing an AK-47 rifle opened fire indiscriminately on Wednesday at around noon at Selanda Bridge area, Kaunda Drive Junction, Oysterbay, killing two police officers.

According to The Citizen, the unidentified assailant was gunned down by security agents outside the French embassy gate.

The Road hosts other diplomatic missions including the Greek, Russian, Japanese and Kenyan embassies.

Medic receives award for her fight against neglected diseases

The motive for the attack is unclear. 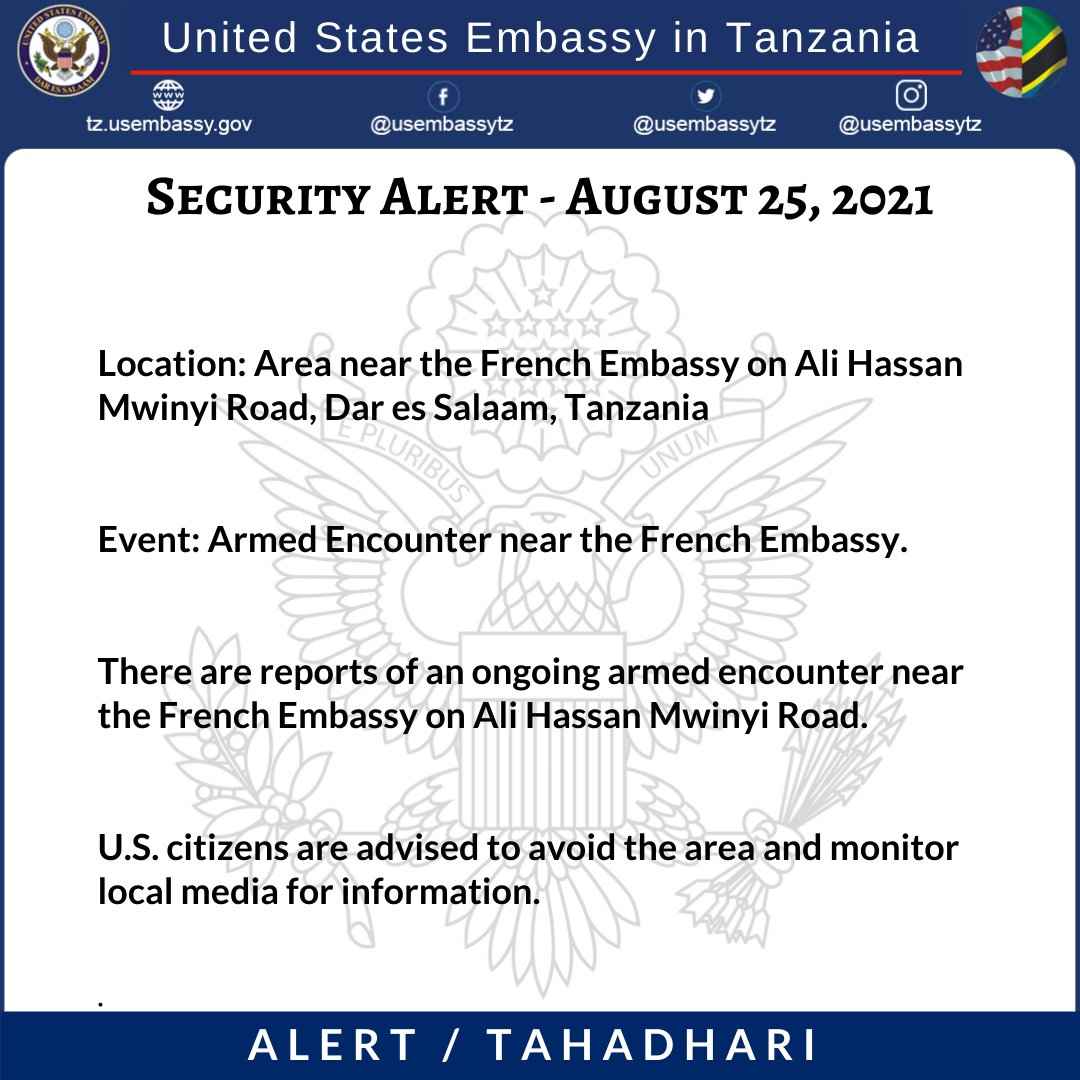 The felled suspect was carrying an AK-47 rifle outside the Embassy and appeared to control traffic on the Ali Hassan Mwinyi Road.

Factors to consider when choosing a SACCO Management Solution

In Kenya, Savings and Credit Cooperatives have been shifting their operations to more automated platforms for a while now.

By Reuters and Winfrey Owino | 17 hours ago