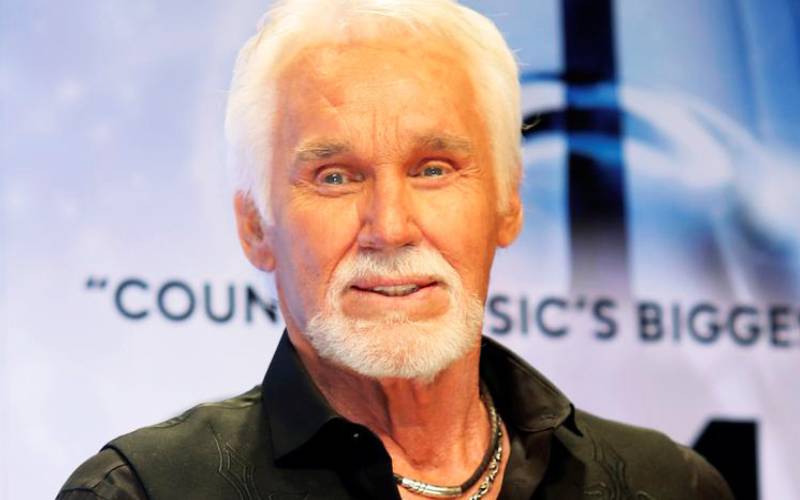 His family said he died of natural causes.

Variety reported that Rogers dominated the pop and country charts in the 1970s and 1980s.

By the time of his death, he had won three Grammys.

A statement from the family said, he “passed away peacefully at home from natural causes under the care of hospice and surrounded by his family".

It added that with the ongoing coronavirus spread, the family would hold a small private funeral.

A public memorial service will be planned later.

His health challenges hit in 2018 when he called off remaining dates of his farewell tour.

In an April statement that year, he said, “I didn’t want to take forever to retire".

“I’ve thoroughly enjoyed this opportunity to say farewell to the fans over the course of the past two years on ‘The Gambler’s Last Deal’ tour. I could never properly thank them for the encouragement and support they’ve given me throughout my career and the happiness I’ve experienced as a result of that.”

A “Biography: Kenny Rogers” was to be released to air on April 13.

The special would have shone the light on an all-star salute Rogers got on October 25, 2017, in Nashville.

He was joined with, among other stars, Lionel richie and Dolly Parton.

Among Rogers' accomplishments were his The Gambler hit which was added to the National Registry in 1978.

Other than his three Grammys, he had six CMA awards and an induction into the Country Music Hall of Fame.

Variety further reported that Rogers was among the progenitors of country-pop crossover to the superstar level.

“I did songs that were not country but were more pop. Nowadays they’re not doing country songs at all. What they’re doing is creating their own genre of country music. But I told somebody the other day, country music is what country people will buy. If the country audience doesn’t buy it, they’ll kick it out. And if they do, then it becomes country music. It’s just the era of country music we’re in.”

We were 'upfront' with France over submarine deal, Australia says