Egypt about to be hit by a 'biblical' plague of locusts 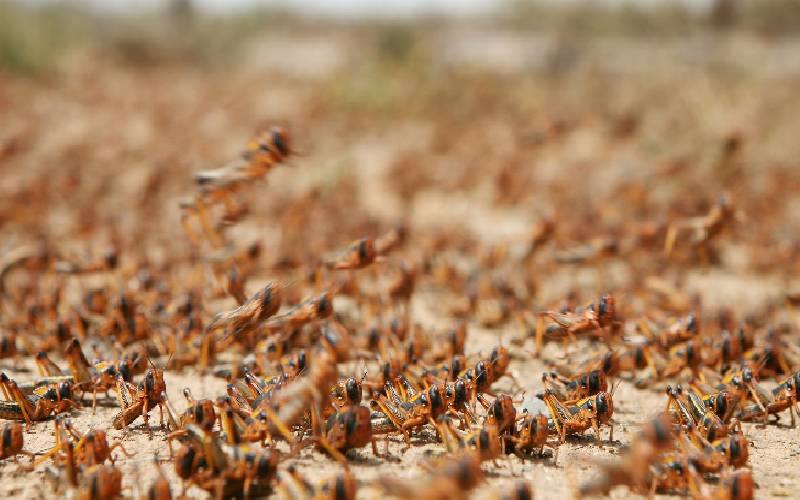 Egypt is preparing for a giant swarm of locusts to hit the nation - which has been compared to one of the plagues described in the Old Testament of the Bible.

Long periods of rain in the neighbouring country of Sudan sparked the outbreak - and now the swarm is expected to make its way to Egypt and around the Red Sea.

The UN Food and Agriculture Organisation  (FAO) is due to meet in Jordan to discuss control measures for the countries that are affected, as the insects can destroy crops.

The wet weather led to mass breeding, causing a huge increase, with one swarm crossing the border to Saudi Arabia in mid-January while further swarms followed a week later, according to the FAO.

Famous win over Egypt counts for nothing as Kenya spiked out

The UN's locust expert, Keith Cressman, told Sputnik News, the coming weeks will be "critical" to bring the locusts under control - before summer breeding begins.

He added further spread of the outbreak depends on how much rain there is between March and May, as well as effective control and monitoring of the insects.

People have reacted to the news across social media - with some stating "history is repeating itself" and branding it a "self-fulfilling prophecy", while another questioned if the swarms will spell the end of the world.

Pest control experts have treated up to 200,000 acres of land in Egypt and the surrounding countries since December 2018.

Control measures are also in place in Iran after a swarm plagued the southern cost at the end of January.

Adult locusts can eat their body weight in food daily and can fly up to 150 kilometres every day.

The last major locust outbreak happened between 2003 and 2005 when more than 12 million hectares of land had to be treated in Africa - costing $750 million.