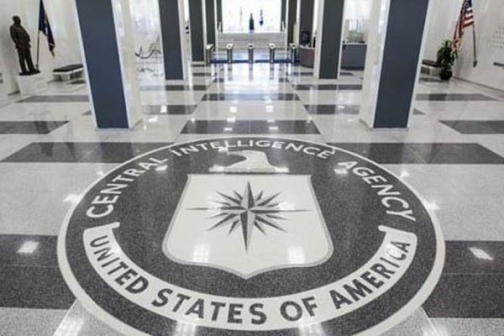 USA: A veteran CIA clandestine service officer who ran one of the agency's "black site" prisons set up after the 9/11 attacks was named deputy director of the U.S. spy agency on Thursday by U.S. President Donald Trump.

Gina Haspel, who will serve under new Central Intelligence Agency Director Mike Pompeo, was the first woman spy to reach the CIA's second-highest position, and her selection won applause inside the agency's Virginia headquarters and from many longtime U.S. intelligence professionals.

However, Haspel once ran a secret CIA prison in Thailand where two suspected al-Qaeda members were waterboarded, intelligence and congressional officials said on condition of anonymity. She helped carry out an order to destroy videotapes of the waterboarding, which simulates drowning and is considered a form of torture, these people said.

Her promotion, combined with the possibility Trump could seek to reopen black site prisons and has endorsed waterboarding, may be controversial, despite the fact Pompeo and defense secretary James Mattis have rejected so called "enhanced interrogation techniques."

A draft executive order requesting a review of whether the U.S. should reopen CIA prisons in other countries and revisit other interrogation methods not considered torture has been circulating within the White House, but it is not clear if it will be issued, and if it is, whether any nations would agree to host such facilities again, the officials said.

"I appreciate Ms. Haspel's many years of service at the CIA, yet I want some reassurance from her that she intends to comply with both the spirit and the letter of the law, like Director Pompeo testified that he would during his confirmation process," said Democrat Mark Warner, vice chairman of the Senate intelligence committee.

Christopher Anders, the deputy director of the Washington office of the American Civil Liberties Union, said he was "gravely concerned" about Haspel's appointment.

Haspel has served in a number of overseas posts, including as chief of a major CIA station, and although she was briefly acting head of the National Clandestine Service in 2013, Senator Dianne Feinstein, ranking minority member of the intelligence committee, opposed her permanent promotion to that job.

Other veteran officials, though, praised Pompeo for choosing her.

"It speaks well of him for picking a seasoned veteran of the agency who is widely and deeply respected by the workforce as well as those outside the agency," said former Director of National Intelligence James Clapper, who resigned on January 20 after 50 years of military and intelligence service.

Take a little food and you will live longer

Eating defines many aspects of our health status. That is why you hear of so many catchphrases associated with food. ‘You are what you eat’ is one such common phrase. In its simplest interpretation, it implies a negative association of poor eating habits with health.