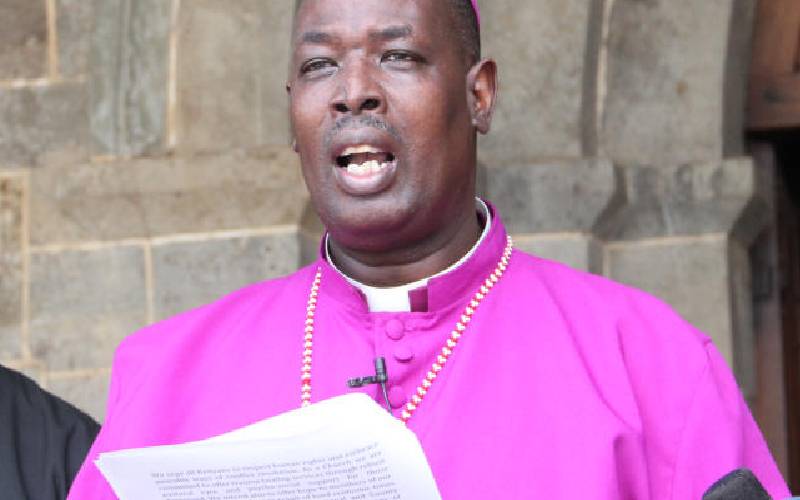 The Anglican Church of Kenya (ACK) Archbishop Jackson ole Sapit (pictured) has said his church will not bar members from disputing election of bishops.

The bishop, who was accompanied by Busia Governor Sospeter Ojaamong and his deputy Moses Mulomi, confirmed there existed internal dispute resolutions but gave church members the green light to challenge election of bishops in court if aggrieved.

“Election is an emotive issue and because we have opened democratic space, those who may feel dissatisfied with outcome of the elections are free to seek justice anywhere, including courts,” said Sapit.

He added: “It is not that we have no mechanisms in place to resolve leadership wrangles, but some people think going to court will get them justice and we have to accept their decision.”

The cleric remind church members that there was a dispute tribunal in ACK to resolve election disputes, but added that "church members rarely seek intervention from it".

According to the ACK Archbishop, of the four dioceses that had election dispute in court, the ruling vindicated the church as the bishops were allowed to serve.

He said he would not lead a church whose leaders have questionable integrity.

There is no avian or swine flu outbreak, ministry says

The ministry said the three patients were responding well to treatment

By Obare Osinde and Martin Ndiema | 16 hours ago