Finding peace and quiet in heart of Nairobi City

I have lived in Nairobi for the longest time (came to the city when I was 19 years-old looking for greener pastures). Later when Nairobi became so drab and dearly, I developed a mantra – “get out of the drab and dreary city” that was no longer “the green city in the sun”, at every opportunity.

How things change. Now that I am out of Nairobi, I find myself yearning for an opportunity to come visit the now unrestrained growing city. Here I am exploring what a typical Nairobi City tour has to offer. Life is such a paradox!

Did you know that more than centenary ago, Nairobi was nothing but a swampland with game roaming free across the plains? The only people inhabiting the area then were the Maasai who grazed their livestock across the plains. The Maasai called this enormous mass of swampland Enkare noyorobi (a place of cold water). The colonialists (for simplicity of pronunciation) called Enkare-nyorobi, Nairobi.

Today, this once green city in the sun has a population of 4.397 million (2019) people and has fascinating places to explore. Here are some discoveries I made during recent a city tour.

The Nairobi Safari Walk is the closest you can get to the wild. Here, you get to experience three amazing ecosystems – wetlands, savannah and woodlands that display a general experience of a visit to any of the country’s parks and reserves.

At the entrance, is a time capsule that holds messages from various communities around Kenya. The buried notes outline basic proposals that Kenyans feel need to be implemented in the next 50 years to save our wildlife.

Unobtrusive fences erected in deep trenches create an immense experience, making a trip to the Nairobi Safari Walk a pleasant adventure. However, two hours are enough to do the entire boardwalk.

At the entry to the boardwalk, I encountered the most beautiful, soothing ecosystem – the wetland covered in water lilies and fringed with papyrus. This is home to pigmy hippos and lazing crocodiles.

With its raised wooden boardwalk that allows for uninterrupted views of the animals, the Nairobi National Park’s Safari Walk displays what experiences a visitor will have at the country’s parks and reserves.

To make your walk easy and fascinating (you do not need a guide), raised boardwalks meander through different enclosures, with built signboards along the boardwalk that provide useful information on species of plants and animals found within the three ecosystems. There too, are strategically located viewpoints close to the enclosures that offer a close-up look at the occupants minding their own business as they go about their daily lives.

At the end of the boardwalk is a nature trail through woodland, the last of the three habitats in the Nairobi Safari Walk. This section is home to some of Kenya’s indigenous plants. Signposts along the trail give a description of their traditional uses. If you want to relax and wonder your mind, (very soothing), you could do so at one of the benches placed at various points along the trail. I took a moment at some stage to enjoy the forest sights and sounds.

By the time I came to the end of the my walk, I felt like I had been to a game park after sampling the country’s rich animal life including the rare bongo, white rhino and albino zebra as well as big cats, antelopes and primates and part of some of the 150 species of local trees.

The Nairobi Safari Walk is located on Langata Road, next to the Kenya Wild Services HQ and the main entrance to the Nairobi National Park – globally, the only game park in a city.

Sampling the Bomas of Kenya

Driving down Langata Road, I decided to make a stopover at the Bomas of Kenya since I am fascinated by African music and dance. Here, traditional dances and acrobatics from 16 of Kenya’s different tribes are performed. Sadly, due to the pandemic this is not currently happening. However, one can view these through virtual tours. Physically, I enjoyed the display museum of various traditional homesteads.

A trip to the city’s museums

Touring the city’s museums makes a good item in the ‘must visit’ list of things to do in Nairobi. My first museum visit was to the Kenya Railways Museum located at the Kenya Railways headquarters in the Southern part of Nairobi’s Central Business District (CBD).

The “Steam Age” at Nairobi’s Railway Museum
The largest milestone in the growth of Enkare Nyorobi was the Mombasa/Uganda Railway in 1896. By 1900, Nairobi had turned into a tented city. Five years down the line, it succeeded Mombasa as the colonial British capital with many prominent buildings.

The importance of the East African Railway during those yester years is captured in the words of former Commissioner of British East Africa, Sir Charles Eliot who once stated, “It is not an unusual thing for a railway to open a country, but this line literally made a country (Kenya)”.

Such is the significance of the railroads in Kenya and the Railway Museum’s prominence in preserving and sharing its incredible history.

Opened in 1971, the Railway Museum records hundreds of years of railway development history. It is the only Railway Museum in East and Central Africa. The Nairobi Railway Museum narrates the tale of Kenya’s involvement in the history of the Kenya-Uganda Railway.

The museum is home to original locomotives that give one a nostalgic moment – seeing the first locomotive assembled in Kenya. During the Second World War, Kenya’s colony needed to decongest the port, therefore the colonialists developed a powerful locomotive that operated on a metre gauge railway.

The locomotive is the largest ever-produced steam engine in the world. Exhibits incorporate restored locomotives and carriages, including the steam train from the 1985 film Out of Africa. Other attractions are an impressive collection of old photographs showing the first plans and maps of the city. Old plates and cutlery used in the dining cars are exhibited, including the first train menu that makes you wish for those good old days when a delicious roast lunch cost only Sh3.

The National Museums of Kenya

If you love to discover heritage, culture and prehistoric things, the National Museum of Kenya is the place to visit.

Situated on Museum Hill, the National Museum was started by a small group of European settlers, who had also formed the East Africa and Uganda Natural History Society in 1909. Originally called Corydon Museum, it opened its doors on September 22, 1930. It is among the largest and most important museums in East Africa.

Nairobi Museum is famous for its exhibits on the origin of man, a large collection of plant species in the Herbarium and the Nairobi Snake Park. It is a popular site with families, educational institutions, researchers and travellers.

Living through settler history at the Karen Blixen Museum

Another popular spot to visit is the Karen Blixen Museum, situated about 18 kilometres from the CBD. This museum was home to Baroness Karen Blixen.

A guided tour of this house, highlights the settler taste of architecture; their preference of interior décor (all Karen Blixen’s furniture was repurchased and is showcased in the museum), and a collection of other souvenirs.

Included in the tour is an introduction to Kenya’s settler history associated with the broad historical pattern of European settlement.

They include the Giraffe Centre on Langata Road, which was opened in 1983 in order to protect the endangered giraffe. A visit to the Arboretum, a natural jungle-like park located along State House Road and Uhuru Park, set in the heart of the city also make good additions to a Nairobi tour bucket list. 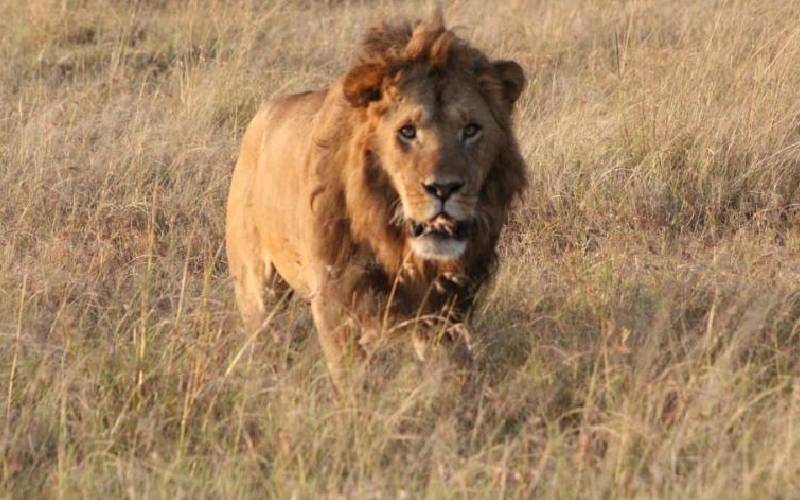 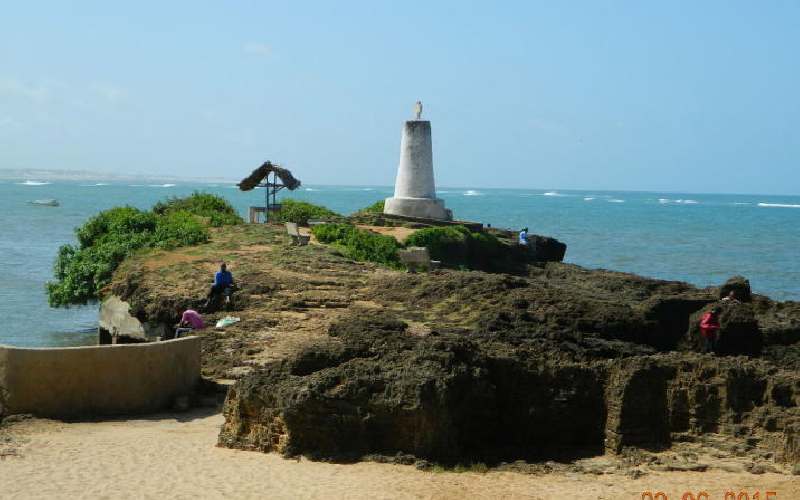 By Vivianne Wandera | 13 days ago 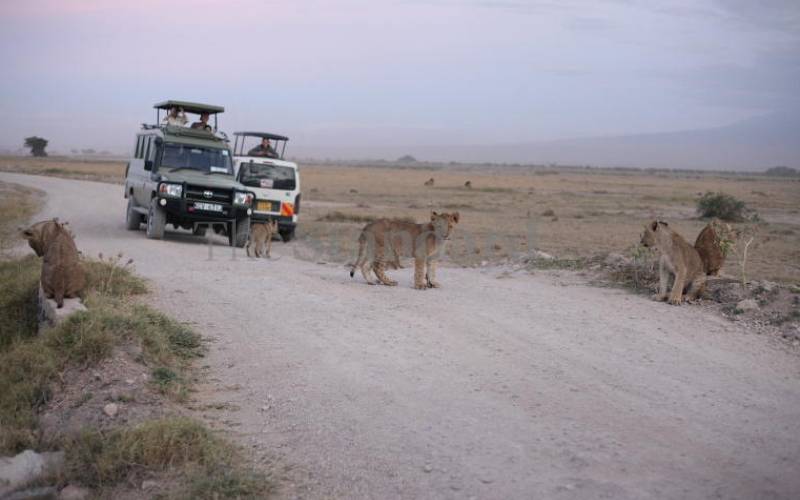 By Jayne Rose Gacheri | 20 days ago 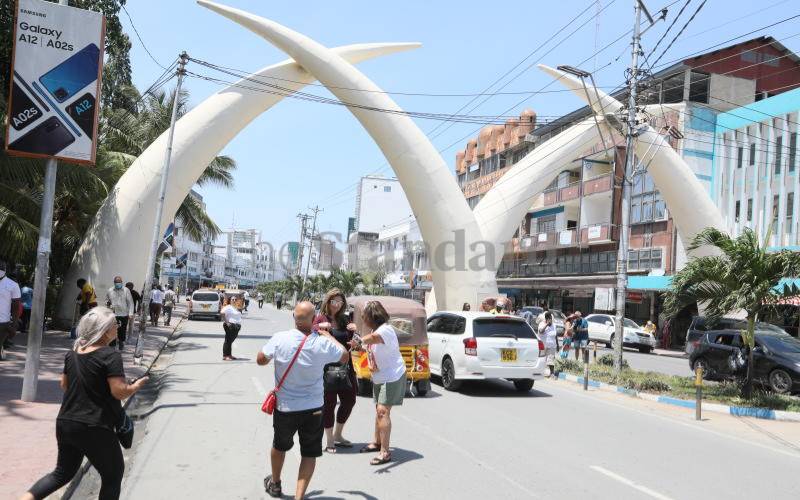 By Jayne Rose Gacheri | 27 days ago

Story behind the tusks of Mombasa
Feedback