I thought I should throw that in after the same animal was referred to as the Spare Parts. All because they seem to have acquired the horns of a buffalo, the forequarters of an ox, hindquarters of an antelope, mane and tail of a horse and the face of a grasshopper.

We were taking in the sights at the Maasai Mara reserve located in the south-west part of Kenya, Narok County.

The Mara appeal is gentle. It gives you time to explore its riches. Understands that its size is daunting but will make it worth visiting every inch of the reserve.

There are not enough words to capture the beauty and abundance of this reserve.

But perhaps I am pre-emptying the whole Mara experience. Allow me to start from the top.

Getting to the Mara can be done by road or air. It’s a 5-6 hour drive to the Mara or a quick 45 minute flight.

We landed at the Ngerende Airstrip to a warm reception from the local maasai. There are a total of 10 airstrips servicing the Mara; Keekorok , Siana Springs, Olkiombo, Musiara, Kichwa Tembo, Mara Serena, Ngerende, Mara Shikar, Cottars and Mara Buffallo.

Our good friends from the Fairmont Mara Safari Club were at hand to show us around and make our stay comfortable.

But first, we made a quick stop at a section of the Mara River where we were introduced to the Common hippopotamus.

Once again, the name is a grave injustice to this beast which was, for lack of a better word; massive! The Common hippo is the third largest land mammal after the elephant and rhino. It is also the most dangerous animal in Africa due to its aggressive and unpredictable nature. From a very safe distance, we took in the sight of the huge barrel-shaped beasts coming up for air and occasionally ‘yawning’ to reveal long deadly canines and incisors.

Moving along we started the drive into the reserve. Now the Mara Reserve is made up of the park itself and a number of conservancies around it. There is no fence separating them so you are able to see as much wildlife in the conservancies as in the park.

We kicked it off with the grassland part of the Mara. Just to give you an insight, the Mara topography consists of the grasslands, wetlands and riverine forest.

For miles and miles all we could see were herds of zebras, antelopes, giraffes, buffaloes and of course the gnu in their thousands.

In the distance, a majestic tower of giraffes stood nibbling at branches of acacia trees. The Maasai giraffe is common in the reserve. And for all its amazing skill at cleaning its ears with its 45cm long toungue, rumor has it that the giraffes lack vocal chords and cannot make any sounds through their vocal chords.

Close by, a dazzle of zebras grazed peacefully. Did you know that every year, a herd of these beautiful creatures risk their lives crossing the dangerous Mara River to welcome the incoming migration? Talk about sacrifice.

The Cape buffalo herd was chilling while completely oblivious to our tour van. The huge bovines also hold their own in the list of most dangerous animals in Africa owing to their temper and strong memory.

On standby was the Topi antelope watching out for predators.  This animal we nicknamed ‘The Sentinel’ stands on rocks and anthills to look out for any predators and warn the herbivores grazing nearby. That makes it a very popular animal because who does not want a guard on standby, for free.

But it was the Eland that took our breath away. Weighing in at close to a tonne for the males, the beautiful Eland can jump up to 3 meters high when startled. It also has a humongous dewlap which our guide helpfuly explained was only useful for beauty.

We were however getting impatient and really wanted to see more of the big five.

The guide indulged us and we set off in the search for the lions.

Along the way we came across a pack of spotted hyenas making quick work of a zebra breakfast. Circling them was a committee of very impatient vultures.

A crouching lioness in a trench marked the spot where a pride of lions were about to make a kill.

So camouflaged was the lioness that it took us a minute to see her. A minute is too long to be the focus of a predator.

This pride has been featured in BBC’s Cat’s Diary among many other documentaries.

The crouching lioness was flanked by 4 more females in different locations, typical lion hunting. While these 5 were out planning a hunt, some remained with the cubs. The little bundles of furry joy played on an anthill mound while the lionesses kept a watchful eye.

Where are the males, we asked.

Our guide had just the answer. Moving about a kilometer away we found the boys.

So unbothered by our presence were these cats that we got as close as 2 meters close to these sleeping alphas. Turns out that these buggers can sleep for up to 20 hours. And since the cubs can be such a bother when the moms are out hunting, the males prefer to stay away from the pride. Naturally, they tend to get back to the pride when it’s time for dinner and mating.

As we moved ahead an African elephant with her calf walked out of the wetland. The sheer size of this mammal was simply spectacular. Elephants are reputable mothers, protecting their young to the death. A few kilometers ahead in the riverine forest, a herd of elephants made quick work of the plants.

Kofi Annan and Elizabeth lazily grazed on the lush grass. These 2 resident white rhinos are generally docile and almost friendly allowing us to get so close we could touch them. Some brave souls edged close enough to touch the 5-tonne beast. Something you wouldn’t dare try with the aggressive black rhino. There are currently about 40 black rhinos in the reserve.

The last on the list of the big 5 was the leopard whose elusive nature and night hunting preferences made it hard for us to spot it.

We were still gearing up for the performance of the wild. The grande finale from nature’s own; The great migration. Read about it here

But game drives are not all the Mara has to offer. Spectacular hot-air balloons offer you an unrivalled view of the Mara. For one hour you can float above this expansive reserve taking in the game and scenic dawns.

Walking safaris are also available for those who are looking for a more personal experience in the world. While this is not allowed in the reserve, the conservancies and ranches offer these guided safaris.

Looking for a place to spend the night? There is a selection to choose from luxury lodges, tented camps, private houses, farm houses and camp sites. All this can be found on the Magical Kenya page.

The expansive Mara reserve boasts close to 100 animals and over 500 recorded species of birds. A reason to visit the reserve whether a migration is taking place or not.  The Mara gives an all year show of nature’s enchanting cycle of birth, growth, survival and eventual death.

The locals refer to it as the Spare Parts. This is because they seem to have acquired the horns of a buffalo, the forequarters of an ox, hindquarters of an antelope, mane and tail of a horse and the face of a grasshopper

By Tony Mochama | 5 days ago 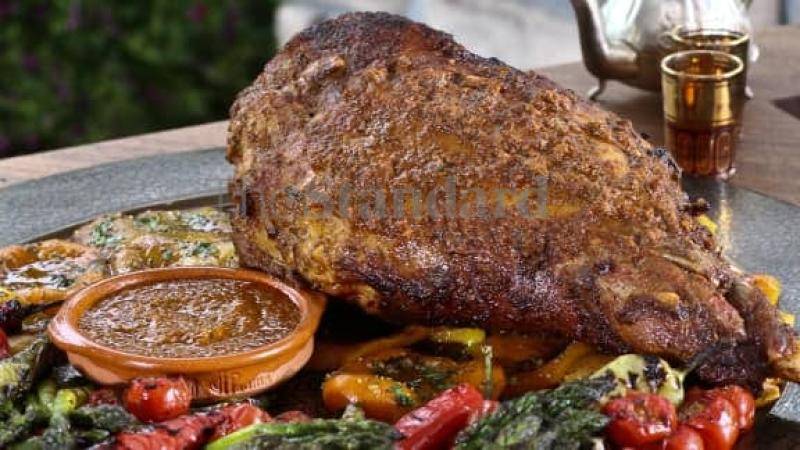 Eating in style at Le Chalet 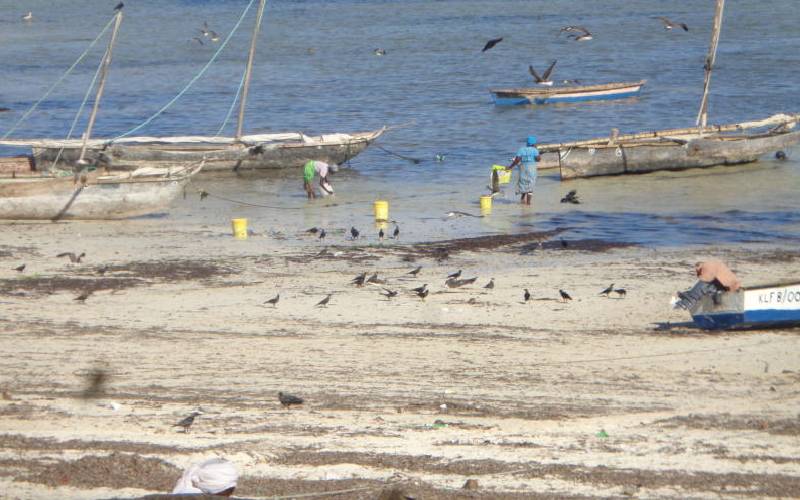 By Vivianne Wandera | 19 days ago 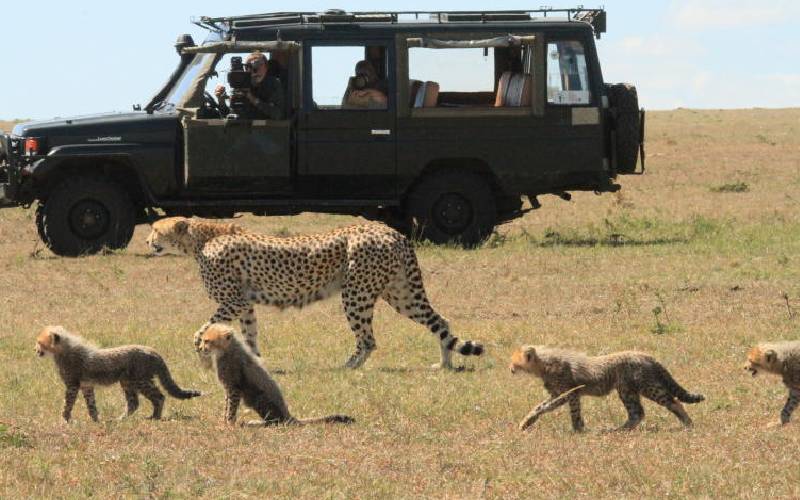 By Jacqueline Mahugu | 26 days ago

Of bewitching sunsets and a TikTok-ready cheetah
;
Feedback