Esther Wairimu, a farmer in Mirera, Laikipia County has nothing to write home about her farming career. Sadly, the vicious fall army worm have slowly robbed her farm the green shine.

Like many farmers, Wairimu was caught unawares when the pest hit her farm- all she remembers was yellowish debris and whitish powder on the leaves of maize plants.

As she grappled with what could be cooking in her farm, the plants started withering and all was lost in less than three months. She had never heard of fall army worm before and by the time she understood what was happening on her farm it was too late.

“By that time, spraying couldn’t help either. The worms had spread so fast, spraying with chemicals was pointless. Actually, the more we sprayed, the more they spread,” she recalls. After making endless trips to agro vets looking for a remedy to this nagging problem, Wairimu was advised to spray ash and tobacco dust on the affected areas. Unfortunately, this didn’t work either.

“The worms invaded my farm and in three months all the maize plants were destroyed,” she says.

Let's adopt agro-ecology and do away with harmful pesticides

Her tribulations came to an end when Jacqueline Wamuyu, also a farmer introduced her to a substance made from locally available herbs. Wamuyu discovered the remedy after she too incurred losses after the pest invaded her farm a year ago. She studied the behaviour of the pest and discovered it fed on staple food.

“I decided to observe the nature and behaviour of the worms and noticed that they fed on specific crops. I handpicked a few from the maize crops and put them on plants that livestock cannot feed on,” she says.

Mexican Marigold was her first choice. Mexica Marigold (Tagetes minuta) is an erect woody annual herb usually 0.5m-2m tall with strongly odorous foliage. She then put the worms in a container with the weed’s leaves and left in there for two hours. The worms starved to death. She mixed the weed and water and sprayed on the plants. It worked.

“I knew I was on the right path when I found the pests paralysed on the host crops three days after I sprayed the solution made from Mexican marigold,” she adds. She then added specific species of pepper and aloe vera, bitter weed, garlic, among other plants. Farmers like Alice Muthambure who have sprayed the concoction in her farm attest to its effectiveness.

“I sprayed once and the pets has never invaded my farm again. I expect good yields,” says Muthambure.

Farmers flock her homestead to place orders for the concoction. Laikipia University has embarked on a research on the same. Deputy Vice Chancellor in charge of Academics and Research Professor Wanjiku Chiuri said the university will do research on the herbs and advise on production, packaging and marketing. This will be done in September.

Education CS keen to avoid cancellation of results as she vows to give all 1.1 million KCSE candidates their certificates.

By Kennedy Gachuhi | 44 minutes ago 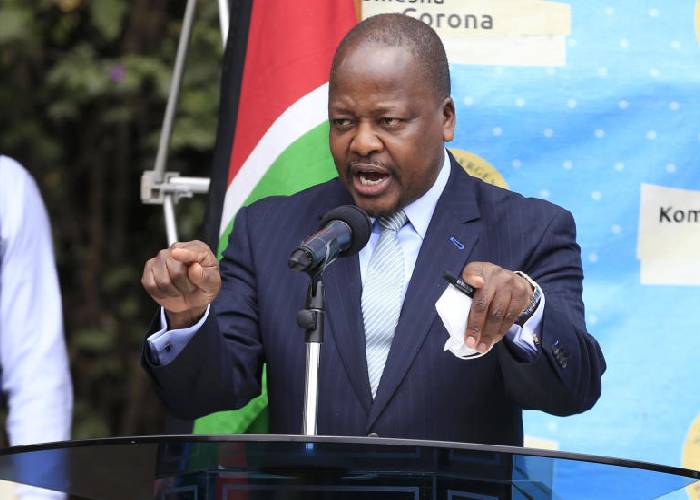 By James Omoro | 51 minutes ago

Kipyegon and Kipchoge to battle Chelsea’s Mendy for BBC African Sports Personality of the Year
;
Feedback