At a casual glance, you will notice that a man will have no qualms hosting a friend who has just come back from a local or overseas business trip to some nyama choma and a drink.

He may not have any immediate plans of going into business, but he will listen, nevertheless, and note important facts and figures as they are narrated. Such an encounter will definitely cost him money.

On the other hand, a woman will save a tidy sum of money through means that her spouse will never know of. She will occasionally withdraw the money and spruce up her house with new dÈcor, cups or blankets. She may also go on an impulse buying of new clothes and shoes while her husband sinks deep in debt on account of school fees and other overheads.

Welcome to the age-old debate on who between men and women manages personal finances better. While stereotypes galore abound on who is a better saver or spender, the inescapable fact is that women spend more on looks and the domestic budget, while men take care of long-term investments.

5 ways to survive a cashflow crisis

According to personal finance experts, women tend to be more detail oriented with their money. And men tend to be reserved in spending their money on small things but are fixated with the bigger financial picture — car, house, land or stocks. But financial success for both men and women boils down to the individual person and not the gender.

James Mulwa, a personal banker with a microfinance institution, has seen the difference between men’s and women’s money priorities play itself in the course of his work.

"Occasionally stupefied men land at my desk wondering why we loaned their wives’ chamas money for building water tanks, while buying land would have made more sense," says Mulwa. Several women have gone to him complaining that the institution shouldn’t have loaned their husbands money to buy motorcycles, construction materials and livestock, the returns of which they may not see immediately.

Mulwa says that women’s investments often go alongside the family model where they buy visible items with immediate utilitarian value at home, hence the perception that they could be smarter with their money. Women are often more sensitive than men about their image and invest heavily in it, says Mulwa.

"They frequently spend a lot of money on clothes, shoes and handbags and on home improvement with appliances like micro-wave ovens or water dispensers," says Mulwa.

Children are also part of the overall home image and women invest in them too with trendy clothes and enrollment in up market schools. "Indeed, women are often targeted by financial institutions with specific consumer products for them and their homes."

"I have seen some women in my workplace take bank loans of up to Sh30,000 to get in the groove with the latest fashion."

Gerald Wesonga, a financial advisor, says that while men and women may not be exactly from different planets, many still operate in distinct financial orbits.

He adds that women handle everyday spending, while men plan and invest for long-term security.

Wesonga says that women are good at saving small units, which by the power of accumulation can reach great amounts. "They join chamas where they take up loans to buy household assets like cutlery and crockery, and food items like maize and wheat flour," he says. But men often struggle with bigger finances and grander projects.

By virtue of their work and networking contacts, men are exposed to a diverse range of investment opportunities than women, says Wesonga.

"In their talk over nyama choma and drinks, men routinely examine and quantify all new and hot deals," says Wesonga.

Nairobi residents can now enjoy entertainment by renting their favourite movies over the Internet, and get delivered to their place of choice.

By Jeniffer Anyango | 6 minutes ago

By Robert Abong'o | 53 minutes ago 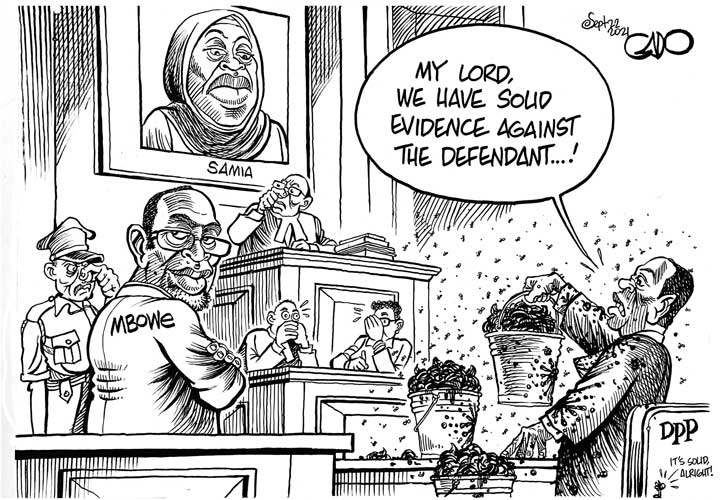