Help us sew up Mwakwere’s mouth

Let us start with a warning — if you delete first ‘W’ in Transport minister Ali Chirau Mwakwere’s surname it becomes unprintable slur in his mother tongue. I learnt this the hard way.

So if you come across the soloist of ‘Kamata Kamata Jazz Band’, get your pronunciation right or he will insult you. If you plan to write to this Matuga MP, whose favourite number is Papa si Papa, be assured it may not be opened if his name is misspelled.

He worships the political goddess of conspiracy and will probably think it is from Prime Minister Raila Odinga.

Yes, probably like me, you were taken aback, and not for the first time, by Mwakwere when he appeared on TV on the day of Narok bus tragedy saying we should not expect policemen to count the number of people in public service vehicles. He also, as the nation mourned and survivors writhed in pain, told us his ministry cannot micromanage drivers once on the wheel.

To be fair to Mwakwere even if he was not sensitive to bereaved and injured, his press conference was called before the accident. It was not even to be about what he called biometric driving licences but ‘civil aviation matters’.

That said, when he finally spoke, he condoled the families of the Narok road crash, but one would wish he stopped there. He continued: "This country is suffering deeply from a culture of impunity where people break laws at will. I am not to blame for the accidents. If a driver is drunk and causes an accident you cannot blame that on me."

We need to ask the man who was Kanu’s Deputy National Executive Officer in the turbulent period between 1989 and June 1991 two questions: First, did his predecessor Mr John Michuki, go to the homes of matatu touts to ensure they wore the new uniform he prescribed? Two, did Michuki get into matatus to ensure seating configuration was fixed to three, not four or five, a row?

This month, Mwakwere was in Dar-es-Salaam for a Pan-African conference lobbying for UN Decade of Action for Road Safety. It was here that it was said:

•At least 200,000 Africans die on the roads annually and the numbers are expected to rise by 80 per cent in the next decade.

•In five years, road accident deaths are expected to overlap Malaria and HIV/Aids in cause of child deaths.

•In Africa, road crashes gulp down between 1-3 per cent of Gross National Product.

Acknowledging the weight of the problem and the place of the meeting in Africa’s history, Mwakwere said: "The Make Roads Safe Africa conference is a vital staging post ahead of the first ever global ministerial (meeting) on road safety. Kenya is joining the call for a Decade of Action for Road Safety. Together with other African Governments we call on the international community to act urgently to combat the crisis."

This is typical of leaders, in boardrooms where they look like they mean business — especially if speeches are written! But could Kenyans be wrong and Mwakwere right his work is policy formulation, not implementation?

Why is it that these days, buses overtake smaller vehicles doing 140km/h? Why is it that safety belts have disappeared from matatus? The questions are many but the answer is one — Mwakwere, who thinks it is not his business, is in charge!

We have not asked him to stop accidents, but enforce road safety, and stop careless driving, get unlicensed and drunks off the road.

As the saying goes, "the door to safety swings on the hinges of common sense,’’ and "prepare and prevent, don’t repair and repent."

If Tanzania has a timetable for buses what would it take for us to follow suit? What does it take to enforce speed limits, reintroduce Alco-blow, restore speed governors, get buses and trucks off the roads at night, ensure vehicles are in working condition and wipe out corruption from roadblocks?

The questions are many, but the answer remains — police and Mwakwere, and then the rest of us. It looks to me Mwakwere is not up to the task, is unwilling to learn, and enjoys the feel of his coarse tongue and wants the rest of us to laugh and smile with him.

But this is no laughing matter — he should realise he is no longer a junior Kanu official at KICC. That is why Transport Licensing Board former boss Hassan ole Kamwaro, told us: "Mr Mwakwere has a duty to spearhead enforcement of traffic laws. Unless he does that, nothing will come out of all those policies he says his ministry has been developing."

Finally, biometric licences however classy they are, won’t help us much if Mwakwere’s thinking is allowed to still run through the ministry.

—The writer is The Standard’s Managing Editor, Daily Editions.

Truth shall set us free, but whose truth is it?

I was hoping against hope that someone might protest against another grey-haired man being appointed to head the Truth, Justice and Reconciliation Commission (TJRC) then I remembered almost all of them had reversed their shocks of white to grey. 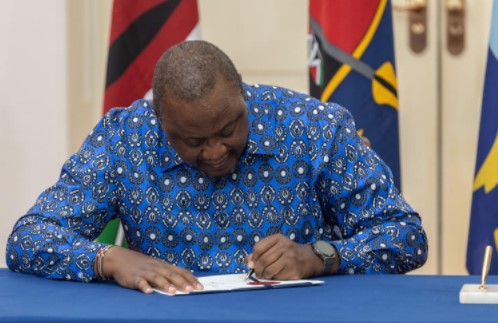 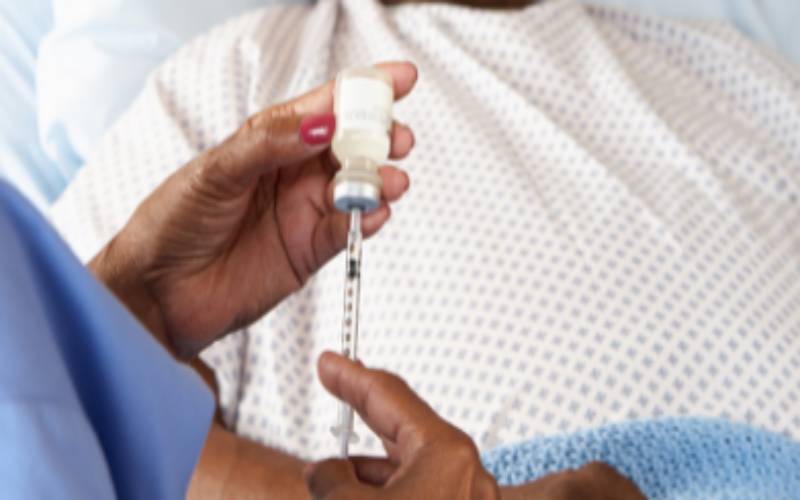 By Gloria Milimu | 1 hour ago

It's all systems go for Sh8b Likoni housing project
;
Feedback