The buzz of blood-thirsty mosquitoes would momentarily be drowned by gunshot sounds as three lawmakers braced the unforgiving chilly Sunday night.

With help taking too long to arrive, the night was long and terrifying. Children cried as their mothers held them tight under beds.

Kapedo, a volatile area at the border of Baringo and Turkana counties, was under siege from bandits.

Hours before, General Service Unit Operation Commander Emadau Tebakol had been shot dead at Ameyan bridge shortly after attending a peace meeting alongside the MPs.

Two other officers were injured in the attack that occurred approximately seven kilometres from Kapedo centre.

The MPs were surrounded by attackers who prevented them from leaving after donating foodstuff to families in Kapedo.

Lokiru told The Standard they had gone to discuss how learners would resume learning and mourn with the locals the death of a man who was killed last week on Tuesday. The day was a success. However, the turn of events spoiled the party.

“We never closed our eyes. Gunshots could be heard all over. Women and children were in fear; they stayed in their homes and some spent nights under their beds for fear of being attacked,” Lokiru said. 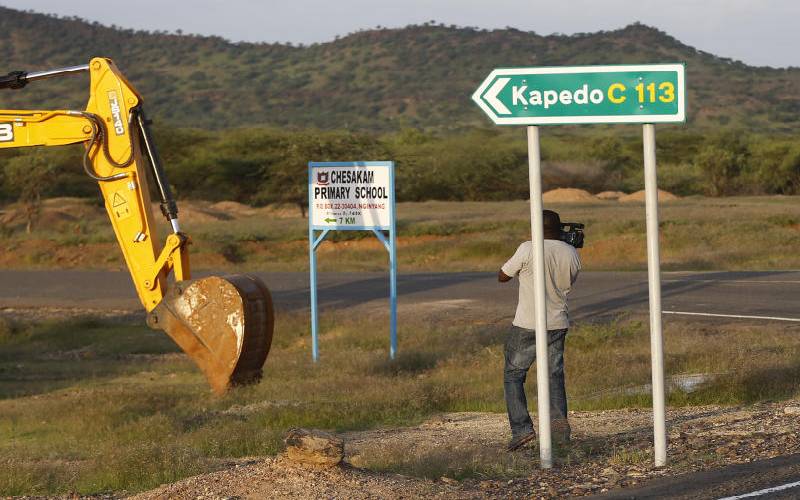 The legislators said they had to spend the night in the cold as they were not prepared to sleep there. They sat down the whole night. He said they feared they could be attacked as the roads to Lokori had been blocked and the Ameyan road to Marigat was not safe either.

Mosquitoes had a party and could not spare the leaders as there were no nets to keep off the blood-thirsty insects.

Lodepe said they were the target and pleaded with the government to come to their rescue. He said until that day, he had never come close to a gunshot sound.

He said they spent the night without food as the vehicle that was to bring them food was attacked on its way to Lokori.

Lomenen said they wondered why it took security officers long to respond.

Moments before he was killed, Tebakol had a meeting with security personnel and locals.

According to Turkana East sub-county commander Edwin Ogwari, the senior GSU officer was returning to Nairobi after his fact-finding mission on attacks in the region when the attackers laid ambush.

The attack comes days after bandits attacked Kapedo village and killed an old man and injured three other people on Tuesday last week.

The scene of the ambush where the officer was killed is a steep valley near a river with a narrow bridge.

A bush also surrounds the area with huge rocks nearby, making it difficult for one to see any approaching danger.

The area has been characterised by endless bandit attacks and many have been killed, including police officers.

Armed cattle rustlers from two warring communities over the years have engaged in attacks and retaliatory raids, and government’s disarmament attempts have failed.

Rift Valley Regional Commissioner George Natembeya once described the area as a lawless jungle that would be dealt with firmly.

On Thursday, Natembeya blamed insecurity in the area on lack of political goodwill and the porous borders.

He said there had been a deliberate attempt by politicians to frustrate security agencies enforcing law and order in the region for their political survival.

Yesterday, Interior Cabinet Secretary Fred Matiang'i announced plans for “unprecedented operation” in pursuing the perpetrators of the attack on the GSU security personnel.

The CS said that initial investigations had revealed that the ambush took place in the backdrop of a ritual ceremony, in which organised bandits were intentionally charged and adjured by some traditional leaders.

“The Inspector General of the National Police Service has since launched an unprecedented operation in the area, and will not relent until the perpetrators, including the elders who administered the oath and sent off the killers, are surrendered and brought to book,” said Dr Mataing'i.

He said some local leaders had been patronising the deadly attacks in pursuit of criminal and selfish interests.