Our political system should be cleaned up 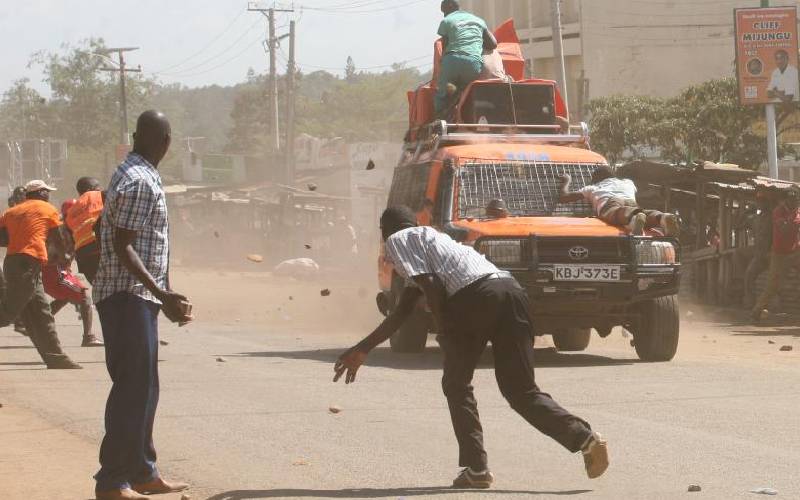 Imagine that you and two of your children aged five and seven are stuck at the Uganda border where the police, in full uniform, guns and the usual threatening paraphernalia, forcefully separate you from your children.

Can you imagine the anguish, the fear that your children will have and the fierce panic that will grip you as you see your kids being taken away? The police will then tell you they are simply following the law. These are exactly the same excuses that Nazi officers used when they separated families during the Second World War and sent millions to their deaths.

They were following orders. Nothing could be crueller. Writing about the pain of families of political prisoners, South African poet Dennis Brutus wrote; “the not knowing is perhaps the worst part of the agony, what indignities the sensitive spirit must endure". Every parent's greatest concern is the safety of their children.

When I saw Mexican parents and their children being separated at American borders on the orders of President Donald Trump, all I could see was another Hitler. More disturbing was the silence of Americans. Yes, there were a few voices of dissent, but the political system was largely silent.

One of the greatness of America is its ability to reinvent itself and make radical political shifts every four or eight years. The election of Barack Obama reflected a new willingness to come to terms with its racial diversity. The election of a black man was almost unimaginable, but it came to be.

Then America went back full cycle and elected an openly racist man who had no time for cultural diversity or respect for gender. What is even worse is that four years later, over 70 million Americans went to the polls and still voted for him despite all the abuses he heaped on the country. How, and why? It is not a reflection on Trump alone, but on the entire 70 million who voted again in greater numbers for him.

Trump is not a uniquely American phenomenon. We have our share of Trumps who we elect and celebrate. When Americans stormed Congress, we forget that Kenyans also stormed City Hall in Nairobi and forcefully evicted the Speaker.

We forget the “Men in Black” and hundreds of incidents of political violence that we have come to accept as normal. Our politics encourages a culture of violence and disregard for the law.

In Kenya, we drafted a chapter in our Constitution on ethics, which we called Chapter Six and promptly ignored it. Jubilee and ODM nominated a few people of questionable character for political expediency, then expect them to act as statesmen.

When they don’t conform, we impeach. Then another politician immediately adopts them. Senior political leaders who are party leaders have a duty and responsibility to protect Kenyans from such dangerous characters rather than use them for their own benefit.

Throughout history, we have seen how men of weak or corrupt character-led countries down a path of ruin and despair. We have also seen how men of strong character stood up and did the right things. We need to move away from the politics of electing people on the basis of tribe and handouts. It doesn’t take us anywhere.

Can Kenya, like the United States, reinvent itself every five years? The American system does not allow a presidential candidate an unlimited life line.

No president can ever be elected more than twice and no presidential candidate can ever run again after winning the nomination for the presidency and losing. This forces new ideas and new people to emerge. That’s how rejuvenation comes to the politics of a country.

Most important of all, we must find a way to clean up our political system. We must reimpose Chapter Six and enforce it. The politicians won't do it, they are conflicted. Is civil society ready for the challenge?

I am sure that if a few brave people came forward to challenge in court the nomination of a few bad apples, then political parties would think twice before imposing questionable people in positions of power.