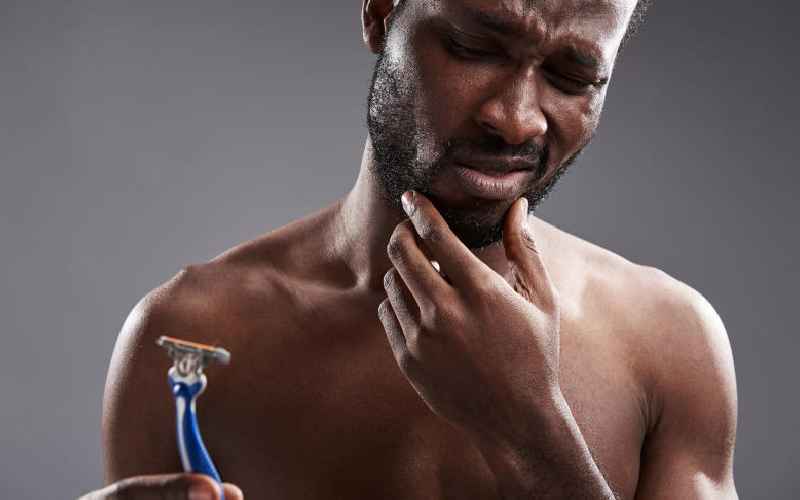 Pubic hair. A topic that is quite disquieting among most men.

While some go completely hairless,  others just keep it trimmed. For others, it is a whole Karura Forest down there and they feel nothing!

This despite kelele from Wambu, his clande, to at least keep it short so that she doesn’t choke when she’s giving him a ‘head’. Manscaping may sound unsightly, inconvenient or even against the natural order of things, but we cannot deny that men have started taking their hygiene more seriously.

Take the case of Charles Kimani, a city lawyer. He reveals that he has to shave since he suffers from OCD, and his women prefer him clean-shaven.

“I see nothing wrong with shaving. I mean, it is my body and I can do anything with it. I know most people assume I am a metrosexual, but, hey, it is my business,” he adds, revealing that he even goes for waxing.

“Yes. I do waxing. And no, I make no apologies for it. It is part of the grooming and it leaves me feeling clean and fresh,” he says.

Kimani is not alone in the shaving business. Mark Musembi, a student at the University of Nairobi, says that his girlfriend introduced him to shaving since she hates any form of hair down there.

“At first, I was a bit perturbed. But I am now used to it. Sometimes, she actually does all the shaving herself. I find it so sensual, so sexy and it sets us in the right mood,” he added.

Radio personality Andrew Kibe opines that men should not be given a blanket order on what to do with their bodies.

“What if your girlfriend likes Shaka Zulu style? Men should not just do what their girlfriends want. I shave my pubes every now and then when I want to but I can’t tell other men to do it. Hygiene is more important. If it makes you comfortable then go ahead and do it,” he said.

“I think they should do it for general cleanliness. For the beard, it depends on an individual. I like beards but not the Rick Ross type of beard. But with pubes, even if one can’t do the complete shave, a trim will do. The pubes might hold bacteria and sweat, creating odour and might be a health risk to their partners. This however solely depends on the individual because there are guys who are clean and really know how to take care of themselves. But for those who don’t, manscaping should be a regular thing for them just for cleanliness. Simple grooming, I tend to think it gives them confidence like it does us and they should be careful while doing it as well because body hair does have its own advantages, and if done wrongly, it just might expose them to infections,” she said.

Donna Summers, a city woman, says the modern man should not live in the pre-historic ages where shaving was not an issue.

“In this age and time, men should also groom themselves. It makes a man look clean, tidy and makes oral sex easier. No woman wants to get intimate with a man who is bushy everywhere and you might even be forced to use a tooth pick after going down on them. When it comes to hygiene, a clean-shaven man is a plus for any woman,” says Summers.

Winnie Akoth concurs with her sentiments. “If I have a man, and he agrees, I can shave him, but I would prefer to have a man who is clean-shaven. Women shave, and for the same reasons, mainly hygiene, that men should also shave.”

However, for writer Wambui Mbuthia, she is against men who shave.  She claims shaving in men is a symbol of weakness.

“It is a symbol of  overrated hygiene. It may seem appealing to bring a clean-shaven deal to the table. But for ages, being masculine has been associated with coarseness and raggedness. Shaving one’s pubes to baby bum’s softness may therefore appear unmanly and confusing,” she adds.

A local cosmetic gynaecologist, Dr Francis Were, advises men against completely shaving off pubic hair,  and instead, opt for a trim.

“Manscaping was meant for grooming, for good aesthetic looks, especially for the beard or the moustache. But people have gone farther to intimate areas. Men hardly bother with shaving their pubic hair, but it is a healthy thing to do since such hair can trap dirt and sweat,” he said.

Were advises men who shave to ensure they use the right shaving cream and razor to avoid infections and pimples.

“Depending on what one uses,  one can get skin irritation, and for some, they can even get infections. The skin around the pubic area is more sensitive than on the rest of the body. It gets irritated fast by minor things like a blunt razor, a shaving cream and other methods used to get rid of hair. Sometimes this results in cases of razor burns, ingrown hairs, razor bumps and allergic reactions which can be a bother,” he says.

Further, according to Were, research has shown that men who keep their pubic hair have a lower chance of getting warts. This is because pubic hair acts as a shield to reduce skin contact between people during intercourse.

He adds that, “I have realised that some men shave when they start greying and others opt to dye it, while others shave all the hair off. But the greying depends on one’s genetics because some people start greying early while for some it happens later on. While some do it to make their intimate partners happy.”