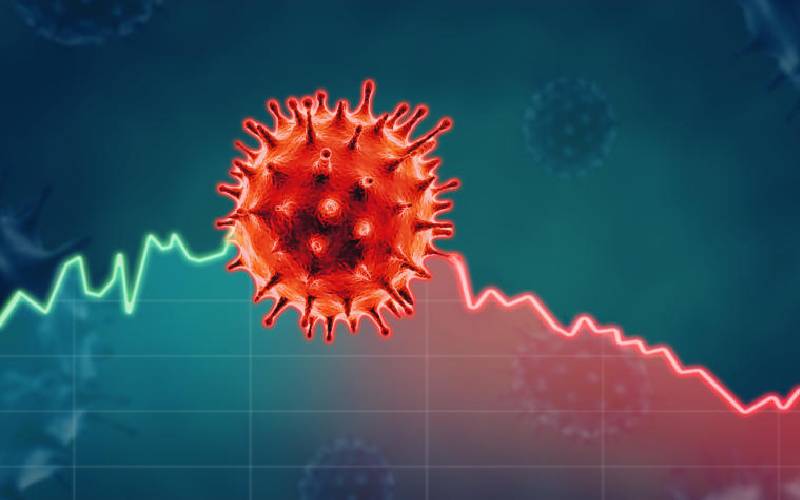 After what has been the roughest patch for the Kenyan economy for decades, there may be light at the end of the tunnel.

Many sectors are starting to turn the corner, with companies now cutting fewer jobs as demand for their products goes up.

Small companies that were staring at imminent death are reemerging from the choking hold of the pandemic.

But the latest data also shows imbalance in employment, spending power and property market, making the recovery increasingly dependent on a small privileged minority and leaving behind a frustrated underclass mired in debt and joblessness.

“Maybe we have turned a corner, but it will take a long time to trickle down to the rest of the economy,” reckoned a keen observer who declined to be named.

The impact of the pandemic has been brutal on many Kenyans, who continue to grapple with hard times, with many feeling there is no relief in sight even as the economy reopens.

Three months after the country reported its first case of Covid-19, the Kenya National Bureau of Statistics (KNBS) reported that 1.7 million Kenyans had lost their jobs in the quarter to June.

And while many may have resumed work over the last few months following the easing of the measures aimed at curbing the spread of the disease, most Kenyans feel they are worse off today than they were before the pandemic.

In a survey on residents of Nairobi’s low-income areas by TIFA Research published Sunday, 80 per cent of the respondents said their economic situation had become much worse. Another 76 per cent said they knew people who had been evicted for non-payment of rent.

This has pushed many to borrow to get by and when friends and family do not come through, they have the option of shylocks as well as mobile loan apps and other more mainstream facilities such as Mshwari and other similar facilities that M-Pesa has with banks and even Fuliza.

In the financial year to March 2020, Safaricom disbursed loans amounting to Sh245 billion through Fuliza to 20 million M-Pesa customers who have registered for the facility.

The overdraft facility has in the past enabled Kenyans to bridge short-term financial needs, but in the wake of Covid-19, it is a means of survival even as they dig themselves deeper into debt.

But according to data by KNBS, key indicators point to a degree of recovery or at least the start of one, with different sectors now showing increased activity over the quarter to September.

There are, however, concerns that a second wave of Covid-19 remains a major risk as increased business activities following the reopening of the economy continues to expose more people to the virus.

Electricity consumption is now on the rise and August figures are nearly at par with what was consumed in February’s per-pandemic period.

Consumption slumped in between April and June after the government instituted measures to curb the spread of Covid-19, including a dusk-to-dawn curfew, which led to industries cutting operating hours.

Cement consumption, which can be taken as a pointer on the health of the manufacturing as well as the real estate industries, is also up.

Kenyans in August consumed 607,383 metric tonnes of cement, which is 15 per cent higher than the 528,904 tonnes consumed in February.

It had sunk to 506,800 tonnes in April immediately after the announcement of the first case in the country and the subsequent measures that saw many Kenyans and even companies suspend or slow down on new projects.

Tax revenues have also been going up, although it is yet to reach last year’s levels. In the quarter to September, the Kenya Revenue Authority (KRA) collected Sh317.67 billion in tax revenues, which is still lower compared to the Sh372.34 billion collected over a similar quarter last year.

However, looking at the monthly performance, there was an improvement in September when compared to the preceding months of July and August.

Over September, the taxman raked in Sh129 billion, which is higher than the average Sh94 billion tax revenue received per month in July and August.

Other than the slowdown in business activity, which has meant lower tax revenues, the situation is worsened by the measures that the government announced earlier in the year to enable Kenyans cope with the pandemic.

These included the reduction of the corporate tax rate from 30 per cent to 25 per cent, reducing VAT to 14 per cent from 16 per cent, tax relief for people earning up to Sh24,000 and reduction of the turnover tax to one per cent from three per cent. While the slight improvement in tax collections gives KRA a glimpse of hope, it still faces an uphill task in raising the Sh1.57 trillion it targets this year against the backdrop of the prevailing economic conditions and the said tax relief measures.

And perhaps it is in light of this glimmer of hope that the International Monetary Fund (IMF) in the third quarter revised Kenya’s projected economic growth upwards.

IMF in its latest review said the Kenyan economy would grow by one per cent this year, up from a contraction of one per cent that the institution had projected in June.

The country is expected to outperform many countries in the region, with the IMF projecting many sub-Saharan African countries will report contractions in their economies this year.

Kuria Kamau, an economist with Stanbic Bank Kenya, noted that economic performance over the second quarter of the year was poor owing to the containment measures in the wake of the pandemic.

With the gradual reopening of the economy, however, the harsh impact is starting to soften, with different sectors now starting to bounce back.

According to the September PMI, growth reached a 29 month high – readings that were last seen in April 2018 following the March “handshake” between President Uhuru Kenyatta and Raila Odinga - after which the economy was able to shake off the post-election blues.

According to the PMI, customer demand expanded at the sharpest rate since January 2016, with companies now reporting that they are seeing a quicker rise in backlogs.

He vouched for agriculture to be a key driver of the economy. Other sectors that are expected to hold together the economy for the remainder of this year include construction and ICT.

Agriculture remained resilient, with official data pointing towards continued growth in the sector, thanks to the good weather condition witnessed during the review period. While most sectors faltered over the second quarter, either contracting or growing at slower rates, agriculture was among the few outliers that posted higher growth (6.4 per cent) in comparison to the second quarter of last year (2.9 per cent).

Agriculture accounts for about a third of Kenya’s gross domestic product (GDP), meaning even the slightest growth rates have an impact on the economy.

In the case of the second quarter, the economy could have been in deeper problems were it not for agriculture.

“The overall performance during the review quarter was cushioned from a deeper slump by growths in agriculture, forestry and fishing activities (6.4 per cent), financial and insurance activities (4.2 per cent), construction (3.9 per cent) and health services (10.3 per cent),” said KNBS in data released last week.

Public administration, on the other hand, registered a 5.7 per cent growth, real estate activities (2.2 per cent) and mining and quarrying activities (10 per cent).  Samuel Nyandemo, a senior economics lecturer at the University of Nairobi, said the economy’s performance over the second quarter was a clear indication of a bounce-back from recession.

”We need to come to terms that we are in an economic recession because of the serious impact of Covid-19,” he said. “The advantage is that Kenya as an economy already has some firm structures, and with the gradual re-opening, we will see the economy start to pick up very fast particularly in industries such as horticulture, construction, infrastructure and manufacturing.

Other than the political bickering, Nyandemo also identified hostility within the East African Community (EAC) as among the major risks to the economy’s recovery.

There have been concerns in the recent past over the time it takes truckers to be cleared at the Malaba border before proceeding to other EAC countries.

If this is not sorted out, experts fear, many businesses in parts of Uganda, Rwanda and the Democratic Republic of Congo could ditch Kenya’s Northern Transport Corridor and instead opt for Tanzania’s Central Corridor.

“The other risk that I see is the animosity with EAC, particularly the differences between Kenya and Tanzania, as well as delays of clearance of trucks going to Uganda and Rwanda might affect our growth,” said Nyandemo.

“Kenya needs to take advantage of the new arrangement that is the Africa Continental Free Trade Area (AfCFTA) and diversify our markets. We also need to open new frontiers to tap into new opportunities. We need to resort to technology and invest more in e-commerce.”

When the pandemic broke out towards the end of last year in China and started spreading to other countries, the impact on the local tourism industry was almost immediate. This as different markets, including those that make up Kenya’s key tourist sources, shut down their economies in a bid to contain the spread of the disease. Data by KNBS shows that the accommodation and food services industry contracted by 9.3 per cent in the first quarter of the year.

It was even more brutal on the industry when Kenya reported its first case and started taking measures, which included the closure of bars and limited operating hours for restaurants. The industry shrunk by 83.3 per cent. It has since started reopening gradually, with restaurants operating extended hours and bars reopening until 10pm.

The reopening of Kenyan skies in July for domestic flights and international flights in August also boosted the industry. Mike Macharia, chief executive Kenya Association of Hotelkeepers and Caterers, said the industry has recovered somewhat on account of domestic tourists.

“We had foreseen a situation where we would start getting domestic tourists, then regional and later international visitors. We are at the domestic stage,” he said.

By Special Correspondent | 15 days ago