Beatrice Chepkoech: I am not in training mood

By Ochieng Oyugi | 2yrs ago

Beatrice Chepkoech, the world 3,000m steeplechase champion, hopes that the European Union will give Kenyans Schengen visas to enable them to travel to Diamond League meetings.

But the reigning world champion is worried. She has not been training since Covid-19 pandemic struck the nation in March.

“At the moment, I have gained weight and I cannot even chase a hen. I need intense training to shed some weight,” Chepkoech told Standard Sports on Monday.

Kenyan stars are missing from the roster for the August 14 Monaco Diamond League meeting, where athletes such as Uganda’s world 10,000m champion Joshua Cheptengei are in the lineup.

Chepkoech said she waits for the outcome of the Monaco meet and decision on visa issuance then embark on training. Other meets will run in Stockholm, Lausanne, Brussels, London and Rome.

“Right now I am not in training mood. Even if I train hard, where will I compete? It is sad.

“Since there are no competition globally, I opted to relocate from my training base in Kericho to Kuresoi where I have bought land and practice farming,” she said.

She grows potatoes and french beans in large scale, which earns her income during this Covid-19 economic recession.

Chepkoech has also introduced farming to her parents in their rural home in Bomet.

“I have helped my parents to plant tea and keep dairy cattle to boost their income,” said Chepkoech, a police officer.

Although she habours lofty Olympic dreams, Chepkoech said she doubts if next year’s Olympic Games will go on.

“I doubt if it will be held. But my dream is to win an Olympic medal. I still have high hopes,” she said.

“I also want to win World Cross Country gold next year and head to the Olympics. At the moment, I don’t have plans for Africa Cross Country Championships because I am focusing on Olympic Games,” she said.

The greatest challenge in athletics, she said, is recurring injuries that has ended many careers.

If you fail to cast your ballot, you will end up with a bad government
Opinion
By Suleiman Shahbal
10 mins ago
Premium Lesson for us from disciples of Jesus' election to replace Judas
Opinion
By Job Naibei
40 mins ago
Vote for upright leaders, vote for better tomorrow
Editorial
By Editorial
1 hr ago
Premium We have 150,000 officers set to keep the peace Bruno Shioso
NEWS
By Hudson Gumbihi
1 hr ago
.

By Oscar Obonyo 5 mins ago
Premium For Raila Odinga, it has not been a walk in the park 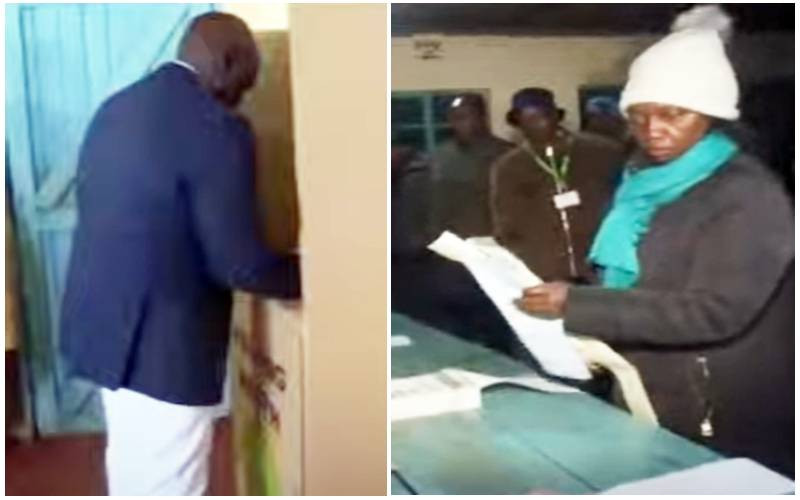 By Brian Okoth 5 mins ago
Ruto, Karua first to vote at their respective polling stations

By Suleiman Shahbal 10 mins ago
If you fail to cast your ballot, you will end up with a bad government