Cash cows that Treasury plans to milk to fill coffers 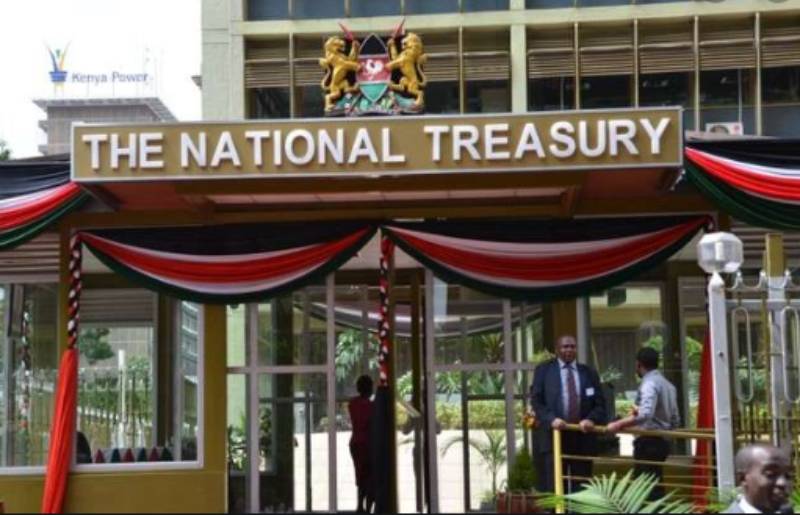 It is certainly going to be a dry season for the government this year. The economy is in tatters and the National Treasury is fast running short of options for raising cash to finance its expansive budget.

Virtually every economic activity has been hit hard by the Covid-19 pandemic.

Yet, more than any other time, President Uhuru Kenyatta’s government is expected to carry out the twin task of shielding lives and livelihoods from the pandemic. This requires money, loads of money.

The cash is not only for tackling the devastating health effects of the coronavirus disease, but also the negative economic impact.

Some of this money, close to Sh900 billion, is expected to come from creditors - local and foreign. But a lot of it has to come from taxes.

So, how does the government get taxes from an economy that is nearly on standstill?

Well, the government has its cash cows. And the fattest cow is known as excise duty.

The Exchequer has constantly imposed excise duty on consumers regardless of the prevailing economic conditions. And the current financial year will be no exception.

Given that it is known by the moniker ‘sin tax’ one wonders what sin people have committed by making calls or sending money to their sick relatives, for instance.

Actually, the term is only used because the tax tends to follow changes in people’s behaviour.

That excise duty is a cash cow can be seen in the fact that every year, Kenya Revenue Authority’s Commissioner General adjusts for inflation the rates of excise duty on all products that have a specific rate of excise duty.

Invariably, the adjustment is always upwards. So much that, whether or not there are new measures on excise duty, consumers of beer and cigarette are always ready to pay more.

In the last five years, revenue from excise duty has increased by an average of 12.07 per cent, the highest of all the major tax heads.

Value added tax (VAT), or consumption tax, has increased by 10.9 per cent, corporate income tax by five per cent, pay-as-you-earn (3.8 per cent) and import duty by 6.6 per cent.

Even now, amidst all the depression with some forecasters projecting the Kenyan economy to shrink, the National Treasury still expects to collect Sh244.8 billion in excise taxes, Sh40.8 billion more than what it is estimated to have received in the financial year ended June.

For long, the tax used to hurt alcohol drinkers and smokers. But, after years of grievous attack against alcoholic drinks and tobacco, these activities no longer make up the government’s largest takings.

Moreover, with the government prohibiting all kinds of social gathering in pubs and nightclubs - and now planning to ban drinking of alcohol in restaurants - revenue from alcohol is set to take a serious beating.

The Economic Survey 2020 by the Kenya National Bureau of Statistics (KNBS) showed that last year, airtime overtook beer to become the government’s leading source of excise duty. That is not surprising.

In March, when KNBS unveiled the new consumer price index (CPI) - more simply, the cost of living index - airtime emerged as the single largest expenditure item for most Kenyans.

“Mobile airtime has the highest expenditure in the new CPI, with an overall weight of 5.496 per cent, having changed from the 3.08 per cent recorded in the previous CPI,” said KNBS Director General Zachary Mwangi.

Safaricom is by far the biggest dealer in airtime, and the government earns a lot from it because Kenyans cannot operate without it yet.

This means a lot of the tax revenue earned comes from Safaricom, which controls close to 70 per cent of the voice, SMS and data markets.

Further, a 2012 study on mobile usage among low-income earners found that some Kenyans will forego spending money on food and other essential expenses to buy airtime.

“One in five respondents interviewed had foregone some usual expenditure in favour of reloading their phone with credit,” read part of the study commissioned by the World Bank.

Realising that Kenyans were so hooked to the internet, the government in the 2018-19 financial year decided to raid airtime, together with bank fees and mobile money transfer services with additional taxes.

Mobile money transfer services, airtime and internet data were slapped with an excise duty of 15 per cent, up from 10 per cent. Airtime also attracts VAT, currently being levied at 14 per cent from the standard 16 per cent.

Bank fees such as ATM withdrawals, depositing a banker’s cheque and over-the-counter withdrawals were slapped with an increased excise tax of 20 per cent, up from 10 per cent.

Petroleum is the other Treasury cash cow that the government expects to give cash to help it finance its Sh2.76 trillion budget for the current financial year.

After airtime, the second single largest expenditure item for Kenyans is matatu fares. The cost of transport has generally gone up as people increasingly move around. The means of transport have also become varied, from boda-boda to ride hailing taxis.

Moreover, acquisition of personal cars has also gone up. All this means increased consumption of petrol and diesel.

Of the Sh100.80 that motorists paid for a litre of petrol since May 15 this year, Sh46 was taxes and levies. A big chunk of the taxes, 43 per cent, was excise duty.

This means it will now set back a motorist Sh600 more to fill the tank of a low-fuel consumption car with a capacity of 50 litres of super petrol compared to last month, according to the computation in the new formula.

Petroleum, which is a critical input in most productive activities - from transport to manufacturing and agriculture - has been an easy target for the government.

At the beginning of the 2018-19 financial year, Treasury also introduced eight per cent VAT on petroleum products after an acrimonious debate in Parliament.

Further interrogation of the formula also shows that the Kenya Revenue Authority will receive more for every litre of the fuel sold for the next one month.

From club to the farm: Covid-19 pushes DJ to take a big gamble