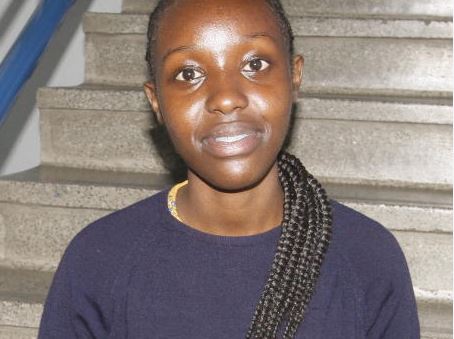 At a time when most young people her age are glued to social media fun and other distractions, Yvette Bonareri (pictured) has been busy drafting a Bill which if passed by Parliament will compel children and relatives of any elderly person to have a portion of their earnings deducted to take care of their patriarchs and matriarchs.

The Bill is also proposing to make it mandatory for any person entitled to inherit the properties of their parents or guardians to compensate them the equivalent amount of the properties while they are still alive.

“I have encountered many senior citizens suffering because they have no one to take care of them. The Bill is intended to make them live a comfortable life just like any other person in their sunset years,” said Bonareri.

We must be selective about the social welfare model

Bonareri’s proposed Maintenance and Welfare of Parents and Senior Citizens Bill 2020 seeks to activate Article 57 (d) of the Constitution, which mandates government to protect the rights of older persons in receiving reasonable care and assistance from their family and the State.

The 18-year-old’s dream for the senior citizens begun in 2016 when she joined Alliance Girls High School and became a member of the school’s social welfare society where they used to visit homes for the elderly.

“It was during those visits that I realised how the elderly were suffering and needed help. I discovered there was a gap in taking care of their welfare and begun looking for ways to assist them,” she said.

As days passed by, Bonareri became the champion for the elderly in her school, where she would convince her friends each time to set aside a small portion of their pocket money which they would then use to purchase gifts and donate to the elderly.

The schools Deputy Principal Rose Menjo confirmed that Bonareri was active in the social welfare society and had a passion to take care of the old around her.

“While at the school, she arranged for weekly visits to Thogoto Home for the Aged where they were engaged in cleaning, washing their utensils and telling the elderly stories to keep them entertained,” said Menjo.

By the time she was in Form Three in 2018, Bonareri was so passionate about supporting the elderly that her schoolmates, friends and family encouraged her to pursue her dream.

Her dream was so big that barely a month after sitting the Kenya Certificate of Secondary Education exams in 2019, she registered the Ukongwe Bora Welfare Society, a charitable organisation to take care and comfort the elderly.

“I wanted a vehicle through which to continue supporting the elderly when the idea of registering a welfare society came. Through the help of my father, I had the society registered on December 19 2019,” she Bonareri.

Bonareri, who is waiting to join KCA University to pursue a degree in Performing Arts and Film Technology has since been soliciting for funds to have resources that she distributes to the elderly every two weeks.

But as fate would have it, the coronavirus pandemic put a stop to her activities in March when the Government curtailed movement to stop spread of the virus.

It was worsened by Ministry of Health guidelines that state that young people should not interact with the elderly, who are more vulnerable to the disease. “I was devastated because I could no longer visit the senior citizens. It was then that an idea struck me that we could have a law to protect and take care of our elderly parents,” said Bonareri.

Through the month of April, Bonareri said she spent time researching through the internet and reading books on how to draft and present a Bill to Parliament. Her sister who is a law student together with her lawyer friends helped her draft the Maintenance and Welfare of Parents and Senior Citizens Bill 2020.

The Bill proposes that a senior citizen including parents who are unable to maintain themselves through their own earnings shall be supported by their children and relatives.

“The Bill puts an obligation on children to maintain their parents so that they may lead a normal and comfortable life. If they are entitled to inherit the property of the senior citizen then the maintenance should be proportionate to the property they would inherit,” reads the Bill.

It also proposes establishment of a tribunal through which senior citizens can sue their children for maintenance if they fail to provide for them, with a risk of being jailed for up to one month for neglecting them. The Bill adds that any person who neglects and abandons a senior citizen under his or her care shall be imprisoned for three months and that in the event an elderly person has no children, his or her relatives shall be compelled to support them.

Bonareri’s Bill also seeks to compel the Government to establish homes for the elderly in each of the country’s 47 counties to accommodate those with no relatives to take care of them.

As a private member’s Bill, Bonareri is seeking the help of Members of Parliament to push through her dream for elderly persons through the Senate and National Assembly.