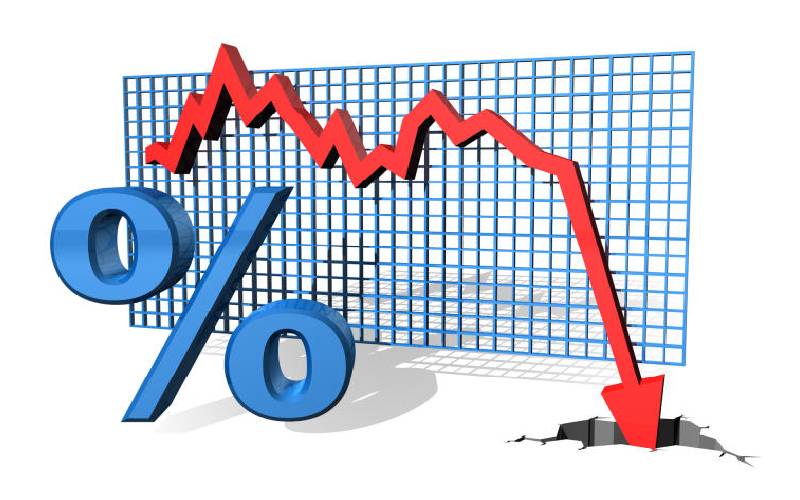 The International Monetary Fund (IMF) now expects the Kenyan economy to register negative growth of 0.3 per cent, the worst in two decades.

In its latest review of the region’s economy, the IMF has revised the country’s growth prospects from the April estimate of one per cent following continued containment measures aimed at curbing the spread of Covid-19.

The global economy is also expected to contract by 4.9 per cent, which will be the worst performance compared to the 2008/2009 global financial crisis when the world economy contracted by 1.73 per cent.

It was back in 2000, before former President Mwai Kibaki swept to power, that Kenya posted growth of -0.3 per cent. With the economy shrinking by 0.3 per cent, it means Kenyans will be Sh30 billion poorer, compared to a total national output of Sh9.74 trillion last year.

Kenya’s grim performance, however, pales in comparison to Sub Saharan Africa's growth of negative 3.2 per cent, with countries such as Seychelles, Mauritius and Zimbabwe contracting by double-digit figures.

Other countries whose economies will not shrink are Senegal, Mozambique and Ivory Coast.

Although it expects the storm to have eased next year, the IMF in its regional economic outlook for Sub Saharan Africa has projected the size of Kenyan economy to expand by four per cent in 2021, which is two percentage points lower than the April forecast.

The forecast comes at a time when most countries around the world have started easing restrictions aimed at curbing the spread of the Covid-19 pandemic. Others, such as Kenya, have still maintained some of them, including prohibiting all forms of political and social gatherings, implementing a dusk-to-dawn curfew and partially restricting the movement of people into and out of four counties, including Nairobi, Mombasa, Kwale and Mandera.

These lockdowns, according to the IMF, could prevent workers from the fields, put families in cities dependent on informal services in danger of hunger, and slow educational attainment as students with no access to online learning tools miss invaluable learning opportunities.

"Disruptions to regional and global trade could hamper imports of food or critical inputs such as seeds and fertilisers.

These risks are aggravated by the severe locust outbreak in East Africa (including in Ethiopia, Kenya, South Sudan, and Uganda), local droughts, and security challenges in the Sahel region,” said the IMF in its June 2020 Regional Economic Outlook for Sub Saharan Africa.

IMF reckons that even if countries in the region were to avoid new lockdowns, economic activities through trade and financial links could still be weighed down by slower global growth.

"Moreover, a persistent slowdown in international tourism could weigh on the recovery in services-dependent economies,” said IMF.

In the region, Sub-Saharan Africa, the IMF reckons economic activity this year to contract by some 3.2 per cent, “markedly worse than the 1.6 per cent contraction anticipated in April.”

“Growth is projected to recover to 3.4 per cent in 2021 subject to the continued gradual easing of restrictions that has started in recent weeks and, importantly, if the region avoids the same epidemic dynamics that have played out elsewhere,” reads part of the report.

In Eastern Africa, Ethiopia is expected to record a growth of 1.9 per cent, Tanzania to grow by 1.9 per cent, Uganda 1.8 per cent, South Sudan 4.7 per cent, Rwanda 2 per cent and Burundi to contract by 5.5 per cent.

The World Bank, another Bretton Woods institution, in its bi-annual review of the Kenyan economy, said that it expects the outbreak to leave a major hole in the country’s total output this year, with the economy registering a slow growth of 1.5 per cent.

In the worst-case scenario, the World Bank expects the country’s economy to plunge into a recession for the first time since the early 1990s, registering a -1 per cent growth.

Kenyan authorities have, however, been more optimistic with the National Treasury projecting the country’s gross domestic product, or the value of all the goods and services produced in the country, increasing at a rate of 2.5 per cent this year.

Central Bank of Kenya (CBK), the financial regulator and also in charge of the country’s monetary policy, has also been more optimistic than the IMF and World Bank. Governor Patrick Njoroge, however, said they would soon be revising their growth projection to align with the emerging realities including a contraction of the global economy by 4.1 per cent, according to an IMF forecast.

CBK is also keen to see the numbers on the economic growth for the first three months of this year which are expected to be released this week by the Kenya National Bureau of Statistics. Njoroge said that the two will inform their new projections. With a depressed economy, the Kenya Revenue Authority has struggled to collect taxes, with the taxman netting Sh90b in May, the lowest in five years.

The Government has also slashed some tax heads such as consumption and income tax as a means of leaving households and businesses more disposable income.

By Mercy Adhiambo 6 hrs ago
Premium Inscrutable by choice, Magoha was generous and laughed a lot

By Patrick Muinde 6 hrs ago
Premium Ethiopia, Angola zooming past Kenya: Time to wake up and smell the coffee
.