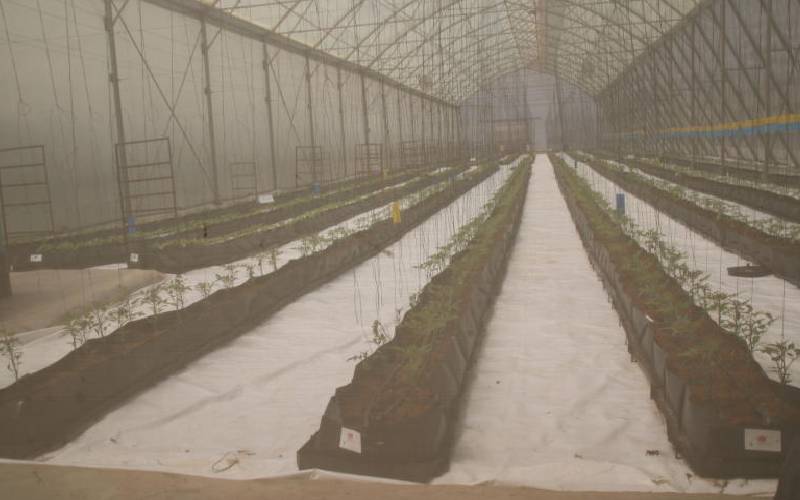 Some 1,500 Kenyans may have lost billions of shillings in yet another suspected investment fraud.

The investors now fear that they have been conned after putting their money in E-Firm, an outfit that had promised them millions through 'digital farming.'

E-Firm's management has confirmed that it has suspended operations.

Wallace Mwaura, the chairman of E-Firm, said the society had collapsed and the offices closed after squabbles within the board and among investors.

“Operations of the society have been crippled so we are now closed,” said Mwaura.

Among the reasons fronted for the collapse of E-Firm was that the State barred it from venturing into agribusiness even after investing millions in the construction of greenhouse structures.

“We were told to stop agribusiness since we were only licensed to operate as a housing cooperative,” said Mwaura.

He said he could not remember how much money the investors had put in his firm and insisted that he had moved to other ventures after "the disappointment I suffered with E-Firm".

A meeting called in December last year ended in chaos after a group of investors confronted Mwaura.

Among those who attended the meeting was Patrick Kibe, who now fears he might never get back his investment in what he was led to believe would be two greenhouses.

Kibe told The Standard that he got convinced that “smart” farming through E-Firm would be a lucrative venture and invested the last Sh100,000 he had with the understanding that his return would be Sh400,000 spread over five years.

“Mwaura told us that E-Firm had partnered with an Israeli company specialising in agribusiness. I believed he could pay us good returns,” Kibe said.

To date, he says he has not received a coin from his investment.

Kibe now leads a group that is seeking to drag Mwaura to court in an attempt to recover their lost cash.

He claims that the largest investor in the group stands to lose some Sh5 million.

Another investor, Timothy Okworo, claims he invested Sh450,000 under the impression that E-Firm would get him a parcel of land in Thika.

“I was promised a plot in Malaa, Machakos. Then I was told that I was being considered for land in yet another place,” he said.

Kibe and Okworo now join a growing list of Kenyans who may have fallen victim to investment schemes that turned out to be fools' gold.

In one of the latest scandals that is still unfolding, an estimated 1,000 investors entrusted billions of shillings with Goldenscape Greenhouses in another promise of 'digital farming' millions.

The firm's founder, Peter Wangai, was arrested in April this year, suspected of fraud. He is yet to be charged in court owing to disruptions occasioned by Covid-19.