The excruciating pain of being an MD at KPA 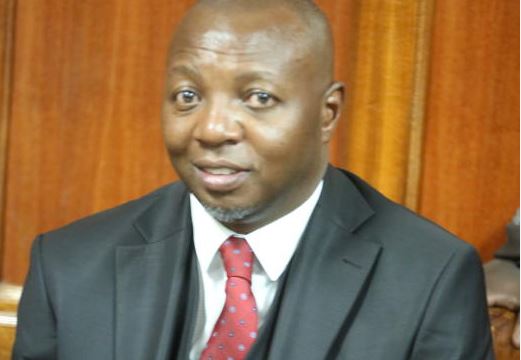 The Kenya Ports Authority may be one of the biggest employers in Mombasa, but it has also been the Waterloo for a long list of erstwhile sterling careers. Many have learnt the hard way that taking up senior managerial positions at the region's largest port is akin to taking up a poisoned chalice. For the last 41 years, 13 men and a one woman have occupied the plum post. Out of these, seven were sacked while three were forced to resign.

A number of them are fighting to clear their names and only four completed their terms. Although John Mturi, Philip Okundi, John Gituma and Brown Ondego completed their terms in office, they came face to face with the dirty shenanigans at the port. Ondego, who took over in 1999, was briefly arrested and suspended from office in January 2005 over claims of graft. He was cleared of the claims. Abdalla Mwaruwa, who took over from Ondego, was sacked in 2008 after a chaotic implementation of the Kilindini Water Front System. James Mulewa, who served between October 2008 and July 2010, was sacked by the then Transport minister Chirau Mwakwere over claims of abuse of office. The court cleared him.

Mulewa was later acquitted of a fraud charge, but the Ethics and Anti-Corruption Commission (EACC) later sued and secured judgement against him on claims of illegal enrichment. Joseph Munene's reign was the shortest. In December 1999, he was forced to resign after three months after he launched investigations into a suspected Sh200 million fraud in the port’s engineering department involving a powerful Coast politician and some KPA section managers. His critics launched a vicious media campaign to paint him as a tribalist. The most recent exit was Daniel Manduku (pictured), whose troubled tenure ended in less than two years. Manduku threw in the towel on March 27. When on May 11, lawyer Jared Magolo told a Mombasa Court that there a conspiracy to lock out his client, Patrick Nyoike, from interviews for KPA's top post, he touched on a raw nerve.