THE STANDARD INSIDER
By Julius Chepkwony | May 31st 2020 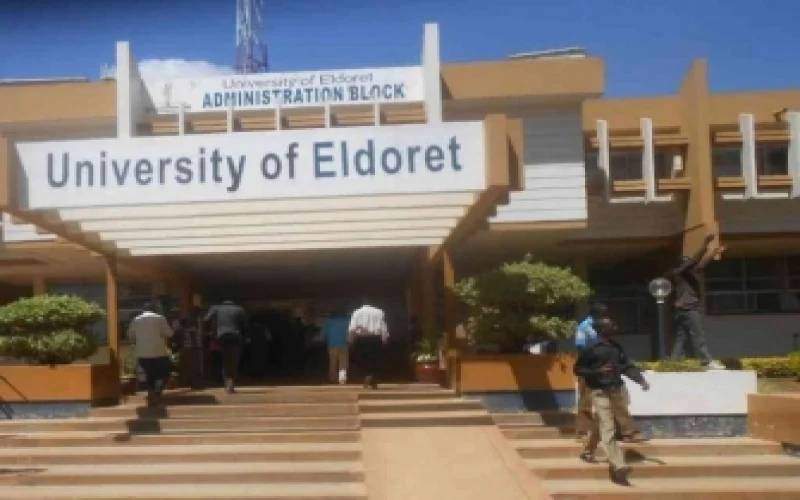 The University of Eldoret has spent over Sh58 million in four years to defend a suit filed against it by two former senior staff.

Court papers in reply to a petition filed by the university at the Supreme Court reveal that the institution has spent a total of Sh58,313,158 as legal fees to fight off a claim of Sh38 million by Prof Ezekiel Kiprop and Hosea Sitienei.

This means that the institution on average spent Sh14.5 million each year defending the case. The university through lawyer Erick Gumbo has filed a petition at the Supreme Court seeking interim orders of stay of execution of the decree of the Court of Appeal in Nakuru made on October 18, 2018 and all other proceedings, awards and orders consequential upon the said judgment

The lawyer also wants stay of execution of the decree emanating from the judgement delivered on July 9, 2019 by the Employment and Labour Relations court in inter party hearing of the application.

“That this honorable court be pleased to grant leave to the applicants (University of Eldoret and the Vice Chancellor of Eldoret) to file notice of Appeal out of time against the decision of the Court of Appeal in Nakuru made on October 18, 2018 in Nakuru Civil Appeal No 55 of 2017 (as consolidated with Civil Appeal No 58 of 2017 Hosea Sitienei vs the University of Eldoret and others),” read an application received at the Supreme Court.

In their reply to the application by the institution at the apex court to have them allowed to file an appeal out of time, the two claim the case is cash cow.

“The present application is not about prudent expenditure of public resources as casually suggested by the applicants but rather a cash cow by the respondents as our case with the university has already gobbled up Sh58,313,158 as legal fees on the side of the applicants (University and the Vice-Chancellor) as legal fees which is colossal and more than what we were awarded by the court and the court should stifle such milking enterprises,” they said.

The institution according to court papers spent Sh15,884,832 at the Employment and Labour Relations court in seven cases, Sh17,834,000 at the Court of Appeal and Sh24,594,326 in two applications at the Supreme Court.

Kiprop and Sitienei through lawyer Kipkoech Ng’etich had sued the university for unfair dismissal and the Employment and Labour Relations Court awarded them Sh38,903,126.60.

Sitienei, served as Finance Officer while Kiprop was Deputy Vice Chancellor, Finance and Administration. They were suspended following a strike at the university in 2015. On October 18, 2018, the Court of Appeal ruled that the termination of their employment by the university was null and void.