Ojiambo relishes role at the helm of UN agency 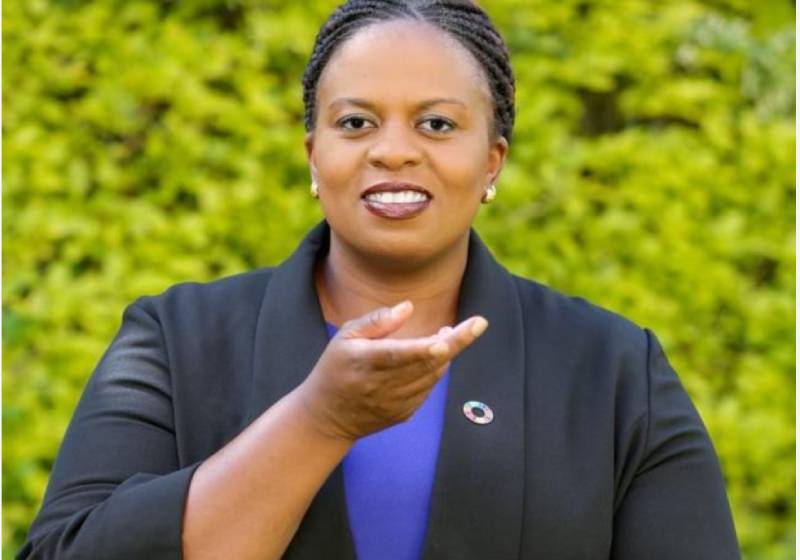 Sanda Ojiambo (pictured) is the new executive director of the United Nations Global Compact (UNGC), making her the first African to hold the position and only the second woman.

This means that from June 17, the leadership of the largest voluntary corporate sustainability initiative in the world will be in the hands of a Kenyan executive.

Ms Ojiambo’s appointment was announced by United Nations Secretary General António Guterres. She takes over from Lise Kingo of Denmark, and becomes the third person at the helm of the organisation that was launched in July 2000.

The UNGC is, in essence, the UN secretary general’s strategic policy and advocacy initiative calling for the alignment of business operations and strategies – something Ojiambo knows quite well. She has headed Safaricom’s sustainable business and social impact department since 2010.

Ojiambo said it gave her “great joy” to be assuming the mantle on Kenya’s behalf.

“I am honoured to represent my country at this global forum. Africa is one of the regions where the UNGC has a keen eye to increase and deepen its membership. We are an SME-driven continent and the opportunities to engage SMEs for business practises and UNGC principles is great,” she said.

The UNGC focuses on 10 universal principles in the areas of human rights, labour, environment and anti-corruption. It motivates companies to integrate Sustainable Development Goals (SDGs) into their core business strategies and operations.

Ojiambo, who was previously a senior manager with the Safaricom and M-Pesa foundations from 2008 to 2010, said she was raring to go, and would be banking on her experience and passion to carry out the new responsibilities.

“I think now more than ever the role of business in supporting and advancing societal transformation plays a key role in sustainable development. For me, it is a culmination of some of the work I have been doing at Safaricom and I am ready to do it on a global stage,” she said.

Ojiambo said her experience at the telecommunications firm had been invaluable and would help her navigate the uncharted waters lying ahead.

“I always wanted to work in the corporate sector and Safaricom was the organisation that espoused what I wanted to do: transforming lives. I took on additional responsibilities in 2010 and it has been exponential growth since.”

Ojiambo commended the late Bob Collymore with playing a key role in her career development at Safaricom.

“Working with (CEO) Collymore was truly inspirational for me. Collymore charted the way for the business in embracing sustainable development goals. He was a board member of the UNGC for two terms and he oversaw the integration of SDGs and UNGC’s principles in Safaricom,” she said.

“It was at Safaricom that I honed my skills and knowledge around the work I am going to do at the UNGC.”

Ojiambo, who is taking the job at a time when Covid-19 is forcing the world of business into a new normal, said she expected a more complex job ahead, with the challenges magnified as her responsibilities go global.

She expressed confidence that the world would conquer the coronavirus diesease, adding that the magnitude of the task did not faze her.

Ojiambo, who holds a master’s degree in public policy from the University of Minnesota, USA, and a bachelor’s degree in economics and international development from McGill University, Canada, said her resolve is driven by the “opportunity to seek pathways to create a better road for humanity”.