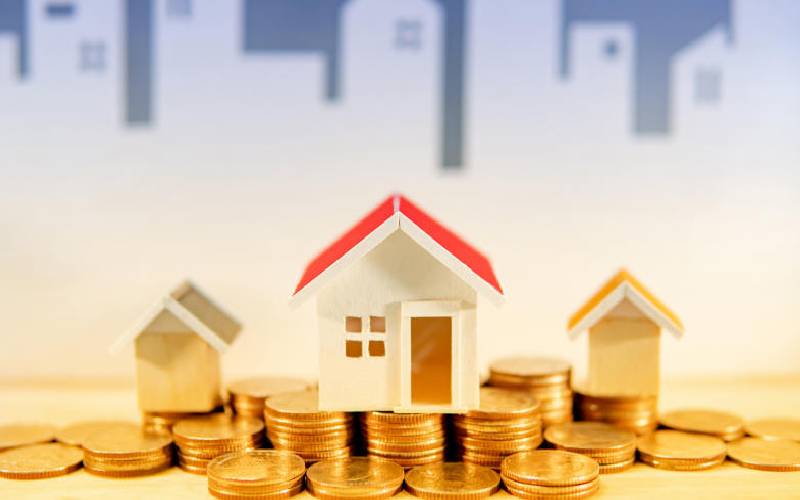 The government has been forced to roll back its belt-tightening measures as it moves to finance a Sh2.73 trillion budget in the next financial year even as Covid-19 pandemic decimates its tax revenues.

Instead, the National Treasury Cabinet Secretary Ukur Yatani plans to borrow Sh823.2 billion in the next financial year beginning July, an increase of 44 per cent from the Sh571 billion that he had initially projected he would borrow to plug the budget deficit.

In its Budget Policy Statement (BPS), a document that lays out government’s development plan in the medium term, had estimated Kenya’s total budget at Sh2.75 trillion.

However, this has had to be revised down following a negative outlook in the country’s growth prospects.

Recurrent expenditure -- which includes salaries, interest payments on loans and other administrative costs -- went up slightly from Sh1.78 trillion to Sh1.8 trillion. Much of the increase was due to interest payments, particularly on domestic debts.

However, development spending has been revised downwards from Sh587.3 billion to Sh549.7 billion, a move that could impact President Uhuru Kenyatta’s key projects as well.

Following stringent measures to contain the spread of the novel coronavirus disease, the economy is expected to slow down this year, growing at snail pace of 2.8 per cent in the most optimistic forecast.

In the worst case scenario, where the containment measures which include lockdowns and dawn-to-dusk curfew continue into the second half of the year, the size of the economy is expected to contract for the first time in decades.

With reduced economic activities, National Treasury has been forced to cut its tax collection target by a staggering Sh235 billion, with the resulting deficit being plugged by increased borrowing, especially from the domestic market.

“The impact of the current Covid-19 pandemic is projected to further worsen revenue collection in the remaining quarter of 2019/20 and the projection for 2020/21,” said Yatani in a budget summary for the next financial year.

Domestic taxes, such as VAT which is charged on sales of goods and services as well as income taxes like PAYE and corporate income taxes, will be negatively affected by declines in incomes and depressed consumption.

As a result, the government will borrow more to bridge the difference occasioned by lower tax revenues. Treasury will borrow Sh349.7 billion from external lenders and Sh486.2 billion from the domestic investors.

In the Budget Policy Statement which had been prepared earlier, Treasury had projected that it would borrow Sh222.9 billion from local investors including banks, pension funds and insurance companies.

The government’s decision to binge-borrow so as to stimulate the economy which has been ravaged by Covid-19 has received the backing of the International Monetary Fund (IMF) which also extended Sh78 billion to Kenya to help with its balance of payments needs stemming from the outbreak of the pandemic.

“These measures should be temporary and well-targeted. Once the crisis abates, it is critical that the authorities resume their pursuit of a growth-friendly medium-term fiscal adjustment, including raising revenues as a share of GDP to reduce debt vulnerabilities,” added Zhang.

Moody’s, a global rating agency, was not as sympathetic after it changed Kenya’s credit rating outlook from stable to negative, citing the massive debt obligations including costly borrowing costs.

“Moody’s would likely downgrade the rating if it were to conclude that the ongoing deterioration in Kenya’s debt burden and debt affordability was likely to exacerbate liquidity risks, raising questions over the State’s ability to refinance maturing debt,” the agency said.

It, however, maintained Kenya’s B2 status - a junk bond which is better than B3 - citing “fundamental economic strengths including a relatively large and diversified economy with high growth potential and quite deep domestic financial markets.”

Moody’s said it changed the outlook to negative due to the country’s huge debt obligations including pressure to spread out payment of its external loans and refinance (borrow to repay) short-term domestic loans.

“The negative outlook reflects the rising financing risks posed by Kenya’s large gross borrowing requirements, which include amortisation of external bilateral debt and the need to refinance large stock of short-term debt,” said Moody’s in a statement.

The Covid-19 pandemic has seen many country’s external position devastated, with investors evacuating their wealth from emerging markets to the safety of the US dollar which has included US Treasury bills.

As a result, most of them have seen their credit ratings lowered with Moody’s downgrading Ethiopia’s credit-worthiness a notch lower to B2 from B1. It has also placed the ratings on review for further downgrade.

Fitch, another rating agency, has downgraded the rating for close to 18 developing countries as their yields increase.

In the 2020/21 financial year, which will begin in July, Kenya Revenue Authority (KRA) is expected to collect Sh1.62 trillion compared to Sh1.86 trillion that had been projected in the Budget Policy Statement.

To fill up its coffers, Treasury which has so far been forced to give tax reliefs, wants to roll-back several tax exemptions which President Uhuru Kenyatta’s government says have not been passed on to the consumers but have only been lining the pockets of wealthy individuals and businesses.

While some taxes such as tax holidays on setting up a plant outside Nairobi has been lauded, others such as the introduction of 14 per cent value-added tax (VAT) on cooking gas has been criticised as anti-poor. Following the ban on logging and introduction of anti-adulteration levy, ordinary Kenyans have shifted to cooking gas.

The government says it has been forgoing more than Sh500 billion in tax incentives that it insists have no major impact on job creation.

The amendment to levy 14 per cent valued added tax on cooking gas had been proposed in the Tax Laws (Amendment) Bill, 2020 but was rejected by the National Assembly on the basis that it will increase the cost of gas which is critical in the government efforts to shift consumer demands from use of wood fuel, said audit firm KPMG.

Yattani finds himself between a rock and a hard place, where the government is being looked upon to cushion businesses and households against the adverse effects of the pandemic.

However, this is against dwindling tax revenues and tightening of the global financial conditions which pushes up the cost of borrowing from the international capital market.

Unlike in earlier financial years when Kenya had bullet principle payment, the country does not have any large principal payments due in the near term. The next Eurobond principal payment, said Moody’s, is in 2024. However, the rating agency noted that the country is at the start of a more difficult external amortisation schedule where it needs to spread out payment of its external debt.

“In each of the next three years, Kenya will need to repay on average 1.7 per cent of Gross Domestic Product (GDP) in external principal amortizations, in addition to any potential external financing of the fiscal deficit,” noted Moody’s.

“This more challenging external amortization schedule coincides with a tightening of external financial conditions as a result of the coronavirus outbreak.”