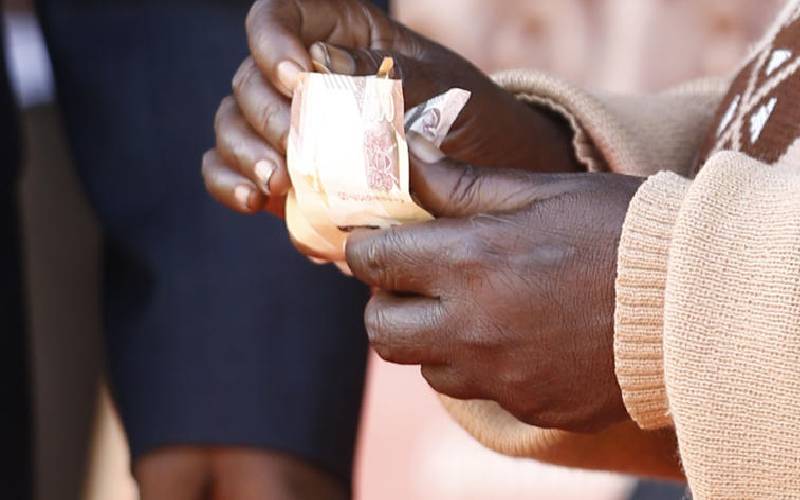 There are no rules of engagement in the battle against Covid-19. As such, the government of Kenya has fired every weapon it has access to, including ‘dirty money’.

On Monday, President Uhuru Kenyatta directed the Treasury to use Sh2 billion recovered from the proceeds of graft to feed people in informal settlements who risk losing their jobs as the coronavirus pandemic flattens businesses and empties cities.

He also unveiled additional measures that limit the movement of people into and out of the Nairobi Metropolitan Area, Mombasa, Kilifi and Kwale counties, adding to the economic damage brought on by the dusk-to-dawn curfew.

Yesterday, Director of Public Prosecutions (DPP) Noordin Haji and his counterpart at the Ethics and Anti-Corruption Commission (EACC) Twalib Mbarak turned over Sh2.1 billion held in the Prosecution Fund Account to the Treasury to help fund the fight against the virus.

According to the DPP, the funds come from plea bargains in graft cases, and the government expects to collect even more funds once other cases are concluded.

“We still have several cases stuck in court and we can’t recover the monies until the appeals are exhausted,” said Mr Haji.

These include the prosecution of public officials accused of embezzling billions of shillings from the National Youth Service (NYS), and businessmen facing charges of dealing in counterfeit currency and fake gold.

“It is difficult to determine the exact figure of the amount in suspense but I would say at least Sh3 billion could come to the fund once the cases are resolved,” said Haji.

Other assets frozen by the State or forfeited will be liquidated, while cases involving public land will have property revert to the State entity that previously held the title.

The Central Bank of Kenya (CBK) further cryptically brought to life money that had “died” after the completion of the demonetisation process that saw the old Sh1,000 notes phased out.

The Treasury received Sh7.4 billion from CBK that had been rendered useless after some Kenyans failed to beat the September 30, 2019 deadline.

CBK Governor Patrick Njoroge, while handing over the money to President Kenyatta after a meeting at State House last month, hinted at the source of the cash.

He said one of the two Mandera cases was of someone who had recently travelled from Mombasa.