By Lydiah Nyawira | 7yrs ago

The smile on Regina Wanjiru's face tells a tale of a young girl looking forward to pursue her secondary education and achieve her dreams.

This was however not her demeanour when The Standard first met up with this young girl a week ago.

At the time, she was in a sombre mood as she contemplated repeating Class 8 for the third time due to lack of school fees.

However, once her story was highlighted, there was an overwhelming response from well-wishers who expressed their desire to pay the annual Sh40,000 fee for Wanjiru to be admitted at Mahiga Girls High School where she had been offered a slot.

Several good Samaritans called from as far as the UK, South Africa, Australia, South Sudan and within the country. Then Ms Rahab Mukami, a Nyeri-based businesswoman and philanthropist, stepped in with a four year sponsorship for Wanjiru.

She went a step further to ensure that everything the young girl needed to report to school had been purchased and yesterday escorted the elated Wanjiru and her mother, Leah Wangari, to the school.

"When I read about Wanjiru's struggle and determination to pursue her secondary education, I felt that as a Nyeri leader and a woman, I ought to do something to help her realise her dreams," Ms Mukami said.

Wanjiru and her mother also received a commitment to sponsor her high school education from the Tetu Constituency Development office who lauded Mukami's effort saying the needy cases are very many.

"We have very many children in need of bursaries and we try to ensure we serve their interests. We, however, welcome all well-wishers willing to help these children," said Tetu CDF Manager, Benson Mathenge.

Wanjiru first sat for her KCPE in 2013 where she scored 296 marks and received an admission letter to Dr Kamundia High School.

Her mother was, however, unable to raise the required school fees and she decided to repeat class eight hopeful that in one year, she would have better grades and school fees would be available.

Sadly, that was not to be.

Thanking everyone who made her dreams come true, Wanjiru promised to work hard and pursue her education to university level.

"I would like to become a surgeon and am happy that I now have an opportunity to pursue my dreams," she said. 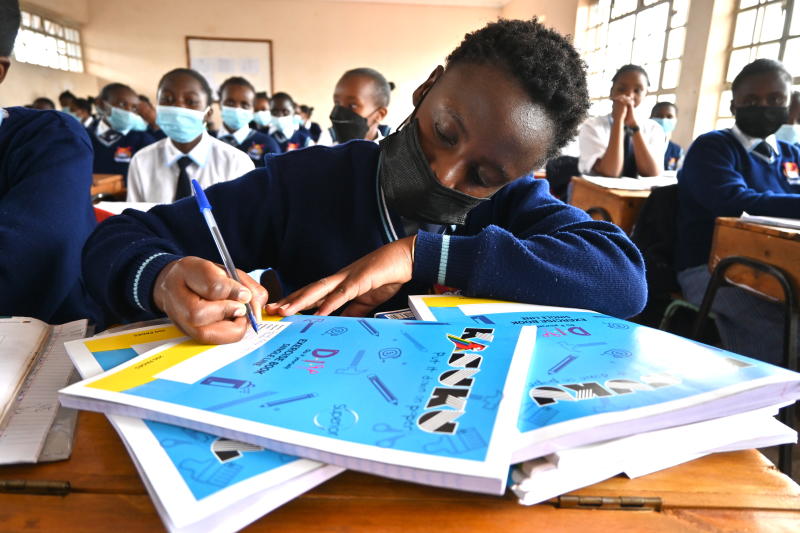 Premium Why do we pay school fees in advance?
Someone once joked, “Education is the only sector where customers pay for services in advance, but are happy not to get the service.”
Enterprise
By XN Iraki
9 months ago
.