Sue in Vasha to rally the people 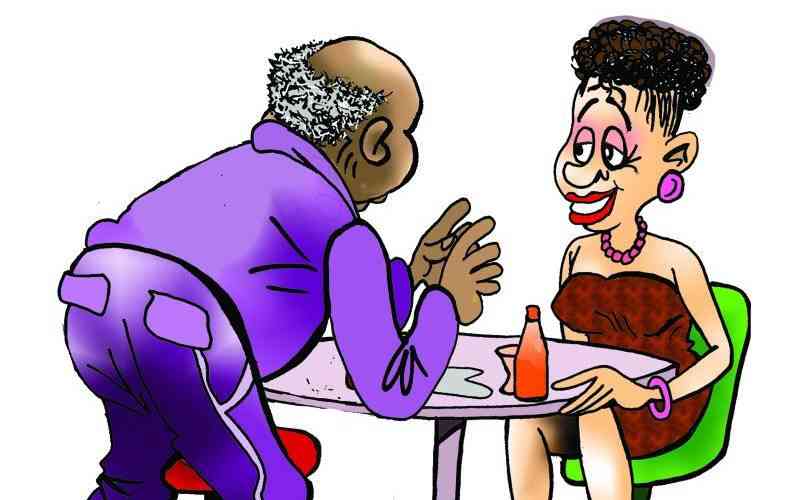 After a particularly powerful preaching last Sunday on how charms are deceptive and beauty useless in the forthcoming polls, Harold realised that there was no wine for the communion and his consumption after that. He sent me down to Sue’s to grab a pint for the day.

To my disappointment, Sue was not in. And she had not gone on a campaign trail, seeing as her running mate, Clarissa, was still in the house, researching the best way to create inflation, which is top of her party’s manifesto.

A small notice had been fixed in a wee crack between the door and the wall of Sue’s pub.

“Gone to give a rallying call to the people. Closed today but fortunately, we will be closed tomorrow as well,” it read.

It dawned on me that Sue must have, for the second year running, disappeared to Naivasha for the Safari Rally. I ambled back up to Harold Assemblies of Holy Associates (HAHA) church and informed my uncle, who is of extraordinarily high mass, that Mass had to stop without the wine. Or we could use water instead of wine, I suggested.

Harold gave me a cold sneer. He drinks wine and preaches wine, and he regretted we were not in the Cana of Galilee. When we went home that afternoon, Harold instructed that I research what was happening in Naivasha. He remembers seeing “bad things” last year when Sue again disappeared with a random man who wore rugged pants and hulked like Githendu.

The man, who passed by the village to pick her up, drove an old Subaru and did not speak to anyone apart from Harold’s ex-girlfriend. I told Harold that the first headline I saw on social media was that Naivasha had run out of condoms. He told me that was no problem; we could send them new condolences.

I told him that pubs were now making mega-profits. He told me that that must have been the reason Sue went; she was trying to learn how to run her business if the rally ever came to the village. There was also a story about how party animals put up tents everywhere and howls broke the night’s stillness. Harold told me it was a beautiful thing animals were finally learning to set up tents. As for howls, the excitement of seeing crowds must have caused it.

On Monday evening, reports reached the electoral body that one of the candidates set to lose in August, Sue, had been seen in the shopping centre. The local media made up of yours truly and some hooligans randomly picked off drinking dens, alerted Harold of the development.

In his cassock, Harold rushed down to Sue’s pub, his walking stick swirling from his hand as it does whenever he embarks on those excited, expectant treks. There he found Sue tired, unable to open for the evening, but glowing with childlike glee. She told him that she had gotten a man who would sponsor part of her campaigns. Harold asked what the sponsor was asking for in return, hoping to find him and counter the offer so he would be the beneficiary.

Chelsea investigates incident of alleged racist abuse
Football
By Associated Press
24 mins ago
She is cheating, and hubby is in the dark
BLOGS
By Vivian Namayi
48 mins ago
Gloria Kyallo opens up on fame, acting and love life
Showbiz
By Stevens Muendo
1 hr ago
Why next government should open project management office
Opinion
By Shammah Kiteme
1 hr ago
.