‘Born on a Tuesday’ 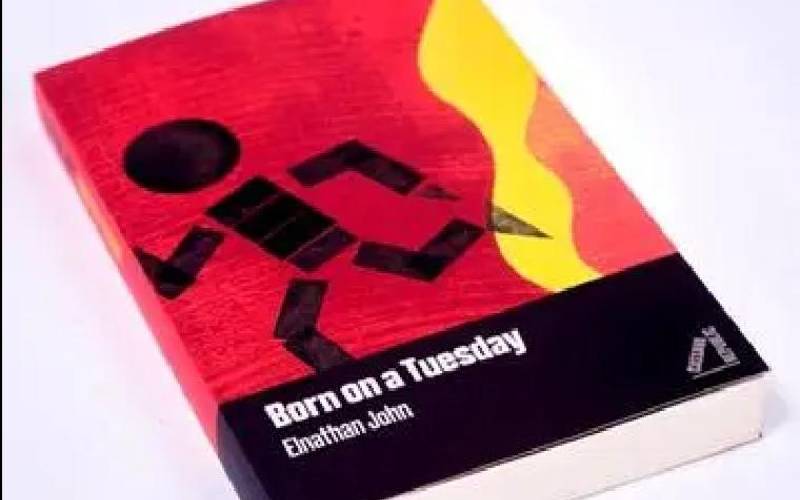 “But Dantala…Dantala is not a name. To say someone was born on a Tuesday, is that a name? A name should have meaning. Like Ahmad, the name of the prophet, sallallahu alaihi wasallam. You should stop using that Dantala.”

Dantala, the Muslim boy’s voice in the author’s debut novel is our entry into the politically and religiously fuelled war in Nigeria.

The book opens in 2003 in Bayan Layi with Dantala among his friends — a gang of street boys — who are narrating about their killing escapades while smoking wee-wee under a kuka tree.

One of the boys is lying about his killing expedition, and Dantala knows this because he was there when it happened. He does not mind it though, because he knows that in the streets it is about survival; the tougher you are, the more respect you command.

Street urchins or not, there are rules they operate under among them: ‘No one separates fights in Bayan Layi except if someone is about to be killed or if the fight is really unfair. Sometimes, even then, we just let it go on because no one dies unless it is Allah’s will.’ Also, no one holds a grudge in Bayan Layi.

When the campaign period leading to the country’s election comes, Dantala and his friends, led by their indestructible boss Banda, are hired by the Small Party, that is, the Opposition, to tear posters for the Big Party, and generally cause trouble for the Small Party’s advantage. Then, a job involving burning down the Opposition’s local headquarters goes horribly wrong, causing Dantala to flee for his life, leaving behind his best friend.

He seeks shelter in a mosque, where, traumatised by his horrible experience, he decides to mend his ways. The fact that the mosque provides him with food, shelter, and guidance makes his transition easier.

However, for a country in war, trouble is always lurking. It comes looking for Dantala in the mosque in the form of one of the sheikh’s closest advisors who begins his own radical movement. The sheikh and his advisor’s relationship serves to show how sheikhs and politicians collude to launder money and perform other self-serving acts in the name of Allah.

War stories have been told the world over, but what grips you in this one is the character Dantala. He is naïve and too young to be burdened with the decisions he is forced to make. You feel sorry for him as he seeks purpose in a world gripped by violence and marred in Islamic fundamentalism. With no experience to fall back on, he is forced to explain everything as preordained.

Not to mention his interaction with women which comes so early in life that he doesn’t understand women himself. “Women can be very annoying. Sometimes they are very nice and make you stay up all night thinking about them, unable to breathe because you feel your heart wanting to jump out of your chest. Other times they act as if the world is theirs to take as if men were made to fulfil their every need.”

The title is key to the entire book. In an interview with The Guardian,  Elnathan John  says: “The question (What is in a name?) became important to me. The minimum a person can have is a name. I was interested in what happens when that basic form of identity is taken away. Born on a Tuesday is the protagonist’s name, but not a real name.”

Elnathan admits that for this book, he did more research than he had thought he would. If the book impresses you little at the beginning, the ending will be worth the shock.

Not many people know that Kenya’s wildlife-protected areas, especially the national and marine parks have also been branded.

By Mukurima Muriuki | 4 days ago