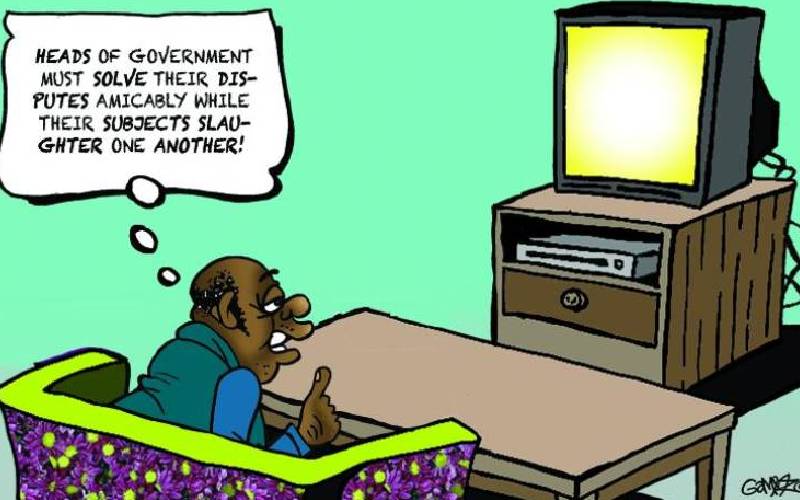 I do not know how we would have survived in my village had Harold and Sue not fallen out.

Their drama keeps the village alive, and at such a time when the economy has many crying, our therapy lies right here with two of the three most important people in the village.

I’m the third. When the rifts began, Sue considered herself a bishop, and so could be in direct competition with Harold.

On advice from yours truly, who is trusted more than he should, she opened a shop next to her bar and called it a honey bar, or a bee shop.

Now, she has opened a church, which is inside the bar, where, like Cana of Galilee, wine flows freely.

She has also recruited a member who should be the most elusive in the village, Harold. My uncle and his bottle are inseparable.

Sue’s new church, Believers Entertainment and Enlightenment Retreat (BEER) does not demand that the villagers underfeed their children so they can bring her tithe. This unlike Harold, who never works throughout the week, but gets his food enough for a week on Sundays.

It also does not discriminate against anyone, even those who do not have money, like Harold who, 90 per cent of the time, takes goods on credit.

But Harold’s church, with all its conditions, still sees many people attend service. For every drunkard in Sue’s den, there is a family member praying for them at Harold’s.

When it is weekend, excited football fans gather in the church to watch their favourite football teams go to battle.

When the matches are being played, Sue suffers a dearth of customers, but she has never seemed to care. For immediately after the games are over, an excited Harold, hunched under a raincoat, appears at her door.

All the money that the football fans have left in his basket is used to pay for all the liquor he has taken on credit all week, plus some more for the day.

Not to forget that a pact signed when Harold and Sue were a thing demanded that every Sunday, Sue, who helped found Harold’s church, takes a chunk of the money Harold receives as offertory.

I once chastised Harold for going bankrupt in spite of being the village’s de facto leader and he could not believe that a man without a bank account, in a village without a bank, could be considered bankrupt.

Back then it looked like a joke until Sue realised that she had to come up with some strategy to deny Harold his revenue source ahead of next year’s elections.

So Sue, shrewd as she is, called the village’s most trusted adviser, yours truly, and over a cup of water, which incidentally failed to turn to wine, a plan was hatched.

Last Sunday, Harold preached about the hazel-eyed angels that would descend upon Arsenal fans with a wrath untold. He insisted that heaven’s walkways were golden and so the faithful should not fear bringing him all they have if they wanted to leave enough space for heavenly treasures.

The talk did not help. In the end, the offertory basket did not have much more than it is used to. In the afternoon, he would have all the loot, he knew, with Manchester United fans flocking in for their match.

But they did not appear.

Harold sent me around the village to find out why the people were defiant. He also headed to Sue’s for a sip of alcohol. What he found there left him shaken.

A 55-inch TV sat on a table in the pub, tens of excited revellers enjoying Arsenal’s drubbing without having to pay a dime.

Some of those that do not drink were there too, cups of steaming water in their hands.

A church and a TV in two weeks might have turned the tide in Sue’s favour heading into the 2022 elections.

Kenya’s first woman Kenyan maritime pilot is now the second in command of a cruise ship, Celebrity Edge, after she was promoted to first officer.

Why the current obsession with the scarecrow when there are no animals to scare? When human population growth has reduced their numbers.