This might be the briefest introduction I have ever had from someone before they dive right into what makes them tick, and do not relent for close to two hours.

Mohamed Adow is loath to talk about himself, except when it is about climate change - then he will talk your ear off. His passion for this issue is so infectious, I find myself captivated. Climate change issues could not have found a better advocate.

It is the kind of passion that can only come from climate change that has touched a raw nerve. From a pastoralist community in Northern Kenya, Mohamed grew up seeing people’s livelihoods, in the form of large herds built over years, decimated in the blink of an eye in a drought. The increasingly frequent droughts are leaving whole communities dependent on international food aid.

“Every time you see humanitarian officers, you know these are the people who come to save you. Your guardian angels. That is the most undignified life - depending on the generosity of others to live,” he says.

He wanted to be part of the solution. As soon as he could work, joined an international organisation providing food aid, before moving on to a local one where he was based in Mandera.

Securing a greener future for Kenya calls for a collective responsibility

Youth challenged to take part in fight against climate change

“When I got into the field I realised that we were only dealing with the damaging symptoms and not the root causes. I started questioning myself, ‘am I part of the solution here or part of the problem?’

“If you have grown up dependent on your herds, but every time you lose your herds, you have to ask yourself what makes us vulnerable to drought. It is climate change. And if all we do is basically provide a bandaid, we shall have a disaster,” he says.

Northern Kenya, of course, did not just start experiencing droughts, the weather there can be harsh. But Adow explains that over centuries,  pastoralist communities adapted to their environment.

The problem is that where drought was expected once in about every ten years, it now occurs every two to three years due to climate change.

“The way of life of the people of Northern Kenya, those five million pastoralists, is under threat from climate change. These are people who have adapted over time to changing climate, but the way climate has now changed, their way of life is no longer viable. It is no longer sustainable,” he says.

Long term solutions are required, and he has devoted his life to finding and implementing them.

As the conversation continues, my eyes land on a selection of diverse titles on the bookshelf behind him in his office.

The topics range from various genres of fiction to climate and books on revolutionaries, such as Nelson Mandela and Malcom X. Fitting, as Adow is somewhat of a revolutionary himself, being a tireless advocate for justice regarding climate.

“There is so much injustice around climate change. The first one of course is that the rich, industrialised world is home to about 20 per cent of the global population but accounts for three-quarters of historical emissions,” he says.

It is an issue that pains him. He has taken it upon himself to spread the word about it and has become the go-to guy whenever anyone needs something said or written on climate.

The office we are in clearly belongs to someone who reads, and, consequently, a person who writes. Adow is an avid writer, not by profession, but by passion and necessity to get his message out, even when he does not get paid for it. “It helps,” he says of his love for writing. 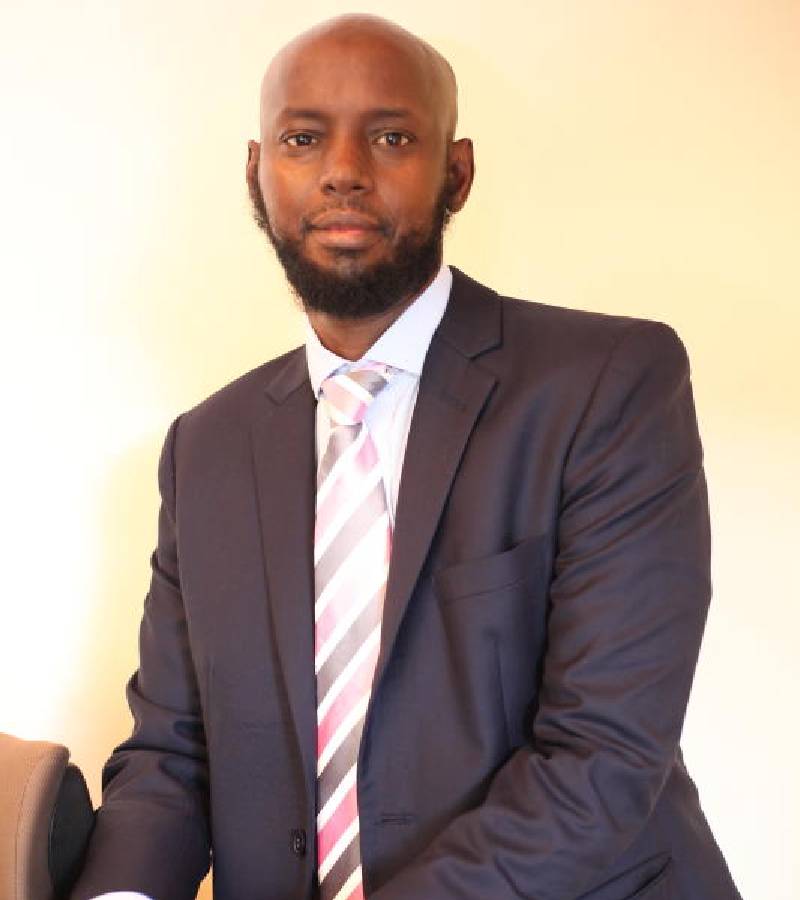 Having seen numerous articles by him on many internationally recognised platforms such as The Guardian, Reuters and the New York Times, among others, I mention that it makes him very ‘googleable’.

Known away from home

“Yeah that is what happens when you live your life in the media,” he says, laughing. “But Kenyans don’t know me. It’s funny that I have an international profile but not a local one.”

Despite writing a lot for local dailies as well, it is true that his name isn’t easily recognisable.

Wangari Maathai was able to gain audiences for her message on the environment partly because she was in politics, but Adow says that is not something he would consider himself.

“I don’t like politics. I wouldn’t get into it. The reason is that the platform that I have to influence on climate issues is  bigger than I would have in the National Assembly.  I will narrow myself to one country, out of 200 countries. You see the problem? I may become a big shot in Kenya but only in Kenya and the issue is much bigger than that,” he says

And his global outlook has paid off.

Earlier this month, he was awarded the prestigious Climate Breakthrough Award, a Sh300-million prize, which the Climate Breakthrough Project says is given to extraordinary strategists to afford them the time, space, and resources to develop and implement bold new strategies to confront and mitigate the growing climate crisis.

On receiving the award, Adow said: “I will use this award to help build a platform that brings together leading political and economic voices from the continent, along with experts and grassroots organisers, to ensure Africa fulfils its true potential as a progressive force for climate action.”

The award will help Adow in his plan “to raise up African climate experts, ensure their voices are heard at the highest levels of international decision making and boost awareness about climate change in Africa, empowering grassroots organisations here to hold the powerful to account.”

He blames our problems on poor governance.

“The guy who is behind our current major problems is inappropriate governance. The best is the fire-fighting that follows every time we have a drought. A minister or head of state goes on television and makes an international appeal. What people basically do is provide food and water. Once the cameras are gone, people are left on their own until the next drought strikes.”

He calls it out whenever he sees it; from addressing local leaders, to writing an open letter to former US President Barrack Obama when he visited Kenya and calling out former US President Donald Trump out numerous times on his actions on climate change.

He takes them to task regarding various issues especially regarding Africa, such as inappropriate donor influence, inappropriate project approvals, lack of transparency and also provides solutions on the way forward, on what needs to be done to mitigate climate change effects.

“Many have been breaching the Africa renewable energy initiatives on governance,” he says.

“We need new leadership. We need to retain the original vision and other initiatives that have come up since.”

Kenya happens to be a leader in Africa; leading in using renewable sources of energy, but her green credentials were almost nullified by the coal project that was very nearly be built in Lamu.

Adow was one of the loudest voices that spoke against it. “Can you imagine trying to build a coal mine in a world heritage site?” he asks me incredulously.

It was disappointing, and for him, yet another of the many indications that the fight to mitigate climate change effects is far from over. It is one in which he will likely be at the forefront for life and is taking it in stride.

Arsenal have shown improvement in recent months and are heading in the right direction, manager Mikel Arteta said after Sunday's comeback Premier Leag

AC Milan striker Ibrahimovic was preparing to take on his former side Manchester United in the Europa League last-16, but a muscle injury to his left 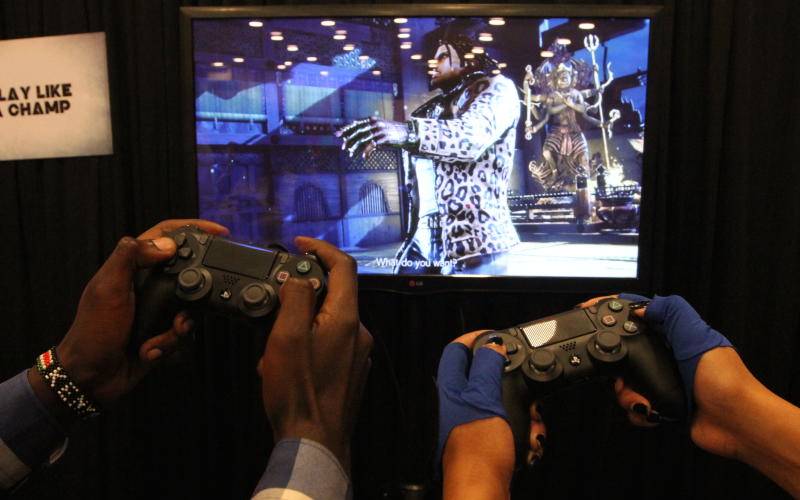 By Boniface Mithika | 23 hours ago