Oh baby! The wonder that is IVF 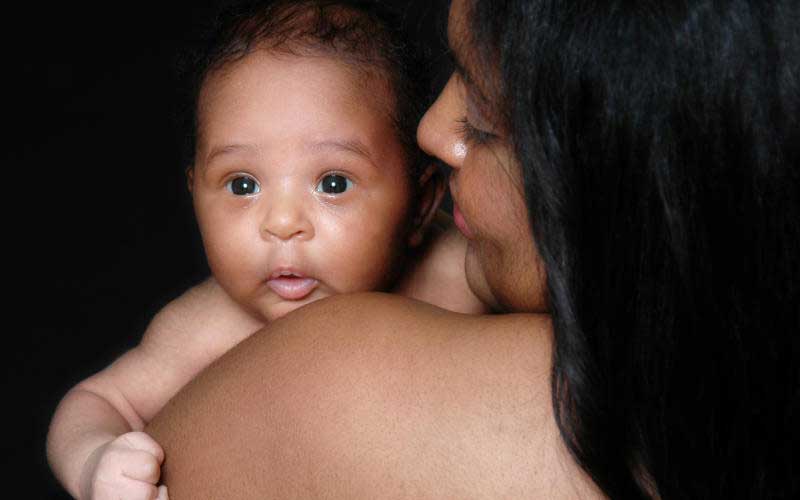 Data from Kenya Fertility Society shows that 2 in every 10 couples in Kenya faces fertility issues. Enter IVF, the science that solves it. Two women share what led them down that route.

SCIENCE GAVE ME MY BABY

I am a teacher in an international school and I have a PhD. Because of studying for a long time in universities to attain my academic credentials, I got married only six years ago, when I was already in my 30s.

The wedding was wonderful, and me and my new husband were ready to enter the family way, especially as I was already past 30.

A year passed, then two, and by now alarm bells were ringing all over the place about my fertility.

While my husband and immediate family, like my dad and siblings, were understanding, friends and church members were putting a lot of pressure on me. ‘When will you get a baby?’

After two years, I went to a hospital where they told me I had some serious fallopian tube issues.

For some reason, after being (mis)guided by an extended family member, I blew Sh50,000 at a herbal clinic meant to cure infertility, but it did not work.

We were then advised to go to the ‘source,’ a renowned medicine woman in Kalenjin land for a ‘cure.’

For a year, we send her Sh10,000 a week, in return for all sorts of deep forest concoctions.

Half a million shillings later, with nothing to show by way of child or even pregnancy, I gave up – and told my husband that it was what God wanted for us.

Someone told me to consider adoption, but for some reason, I just could not.

One Sunday I went to church, and made a prayer request, quite naturally, for a child.

The pastor turned it around, in front of the whole congregation, and said that I was suffering from a ‘generational curse.’

To make matters worse, in private, he asked for ‘cleansing tithes’ (amounting to Sh100,000).

I left that church, and as an academic, wondered why I had gone the traditional and religious path, when we all know that the Lord also works through science.

After doing my research, this being the fifth year after my marriage, I went to a certain hospital for Intrauterine Insemination (IUI).

It cost me Sh50,000, plus another Sh20,000 in medicines – but nothing doing. Still, having been depressed and lethargic for two years, I was now determined to not surrender!

I heard of a TSC insurance policy that allowed teachers like me to seek fertility treatment for free at a place called the NMC Fertility Point.

When I went to the centre, the fertility doctor found that I had genital TB – that is, tuberculosis that spreads from the lungs to the uterus, eventually diseasing the fallopian tubes.

We did an IVF cycle this time last year, and luckily the first one worked, and I gave birth to baby in October, 2019. I have never been happier.

I AM WAITING TO HOLD MY BABY

I was once pregnant; 10 years ago, in 2010. I miscarried, but I was not very worried. After all, I told myself, I can always get another baby.

To say the truth, I was even a bit relieved. I had just finished college, I was 25 and jobless – and the guy I was dating was not a serious man.

In 2012, I got a case of fibroids, which had to be removed in hospital.

All of 2015, we were quite regular in our sex life, now that we were living together as man and wife.

But we were not consciously shooting for a baby at that time, even if I had turned 30 by then.

We are four siblings in my family, all of us girls, spaced exactly two years apart. I am the first born.

In 2016, my younger sister got twins, boys.  That is when the pressure set in.

I panicked, and for the rest of that year, really tried to get my diet and timing right to get pregnant. But nothing!

Come 2017, my other sister got a beautiful baby girl.

Now life at home was getting desperate, with even the process of trying to make a baby so anxious, often Paul could not even perform.

By 2018, when my last born sister got her first child, I was envious. And ashamed! And bitter with God, and even my man.

I knew I was infertile, or something, but early last year, maybe out of spite, I asked Paul we do a checkup.

He was confident the problem was me, as he now often put it, but turned out he was shooting blanks!

I slowly offloaded him, our relationship had deteriorated over the years, till he’d get drunk and call me ‘barren like Sahara Desert,’ as I re-connected with an old flame.

Late last year, we had our profiles checked– and his sperm count is above average.

Here I am, hoping the IVF will work – my parents, who got their pensions recently, are partially enabling the process.

For Christmas in 2020, I pray to give them the gift of one, or even two, grandchildren.

Who should try out IVF?

‘A couple that has been actively and regularly trying to get a baby for over one year, especially if in their mid-thirties or younger, may get concerned about in/fertility. If they are trying late, that is late thirties/forties, then six months is the period of trial before recommended consultation,’ he says.

What are the approximate costs?

‘There is a consultation fee. Then checking out the woman’s hormonal profile could cost between Sh12,000 and Sh15,000. A semen test is probably another Sh4000. The profiles help us see where the fertility problem lies. IVF costs vary depending on the number of cycles one has to undergo for it to be successful. A session could go just over Sh350,000.

What is the most common fertility issue in Kenya?

My experience and studies have shown, the problem among females is often blocked fallopian tubes and fibroids. Among younger women we often simply just open the tubes, and voila, natural pregnancy occurs.

So what happens when a couple comes to the clinic and are eligible for IVF?

Before IVF (In Vitro Fertilisation) is considered, Intra Uterine Insemination (IUI), a process that costs about Sh60,000 and involves injections, is considered. In IUI, we track the female egg inside the Fallopian tube.

Once it is in place, we take the selected semen sample – washed free of dead sperm and put inside catheter – and inject the sample straight into the uterus, saving them a lot of travel time. This process is repeated three to four times over two weeks until fertilisation occurs in the tubes.

What is the difference between IVF and IUI?

In IVF, fertilisation occurs outside the womb. The process involves injecting the woman with something so that the eggs in the ovary begin to grow. I will then personally monitor the eggs through ultra sound. In about 10 days, once the eggs are of a particular size, we extract them from the ovary and fertilise them outside (in the lab) through an Intra-Cytoplasmic Sperm Injection (ICSI).

These are then incubated in a culture medium that replicates the same properties as the 37 degree celsius + fluids’ nutrition of the woman’s womb. Inside the incubator, they grow into embryos, and after four to five days, using a cannula, we place them back, just two or three of say ten embryos, and see if one will attach and grow.

What happens when it is the man with the problem and the couple wants a biological child?

Same procedure, different specimen. Hormone tests will determine if there is also low or no sperm in the semen. Normal sperms should be about 15 million in a millilitre of semen. But even if a man has two million only, we can get 10 to 15 of the best of those, and use them in the IVF process.

We can even do a biopsy, a surgery where we cut into the testes, and simply mine the spermatozoon that is literally at the bottom of the barrel, to get one their offspring.

What options does a single woman not keen on having children in her prime have?

Her frozen eggs can be stored in liquid nitrogen. And maybe when she gets married later on, or even decides to be a single mother, she can come back and get her baby.

How long do these eggs, embryos or even sperm last, stored in the liquid nitrogen?’

If you stored spermatozoon here in 2020, you could return in 2040 as an old man, and get offspring.

Chase happiness or job perks? Research says little of both

“Happiness is not a state to arrive at, but a manner of travelling.”

By Mukurima Muriuki | 4 days ago