Parenting manual (if there ever was one) to well-behaved children 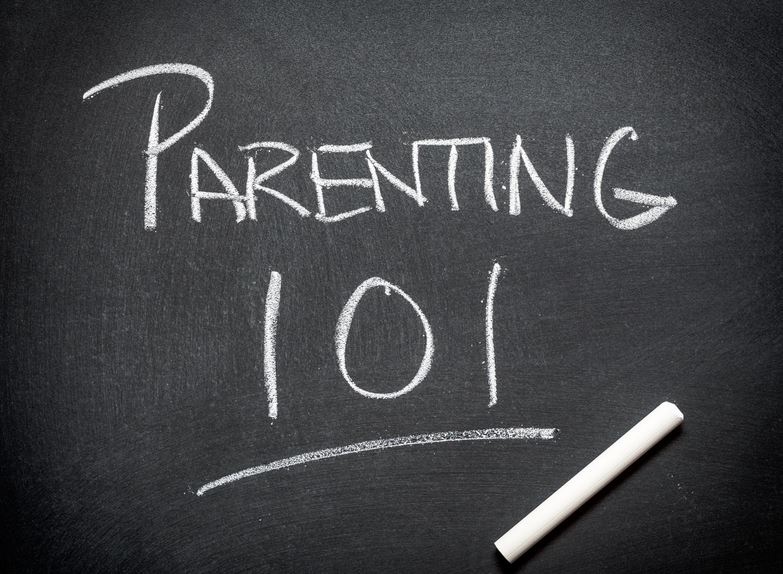 We all like to think that our children are well behaved. But behind our backs they can be little monsters. They know all the bad words, mistreat one another, and get up to all manner of mischief! Especially online.

The trouble is, as we get older, we forget what it was like to be young. And the mischief we got up to. As a parent you hope your kids haven’t got there yet. But I promise you they have! They search for stuff about sex on the internet, send each other explicit messages and nude pictures, and think that’s all completely natural. As parents we don’t like the idea, but that’s because we’ve forgotten just how crazy we were at the same age!

So what can you do about all this, especially given the long hours we have to work? Good parenting’s everything, so providing you get that right, your kids will be just fine. They mustn’t be neglected of course. So it’s important that you arrange good child care, and take a real interest in your children’s lives. But provided they see lots of you and pick up your values, there’s no problem. Indeed, kids actually benefit from time spent doing their own thing, becoming more self reliant and creative for example.

So what’s a ‘good parenting style?’

Spare a thought for our children, what they need is understanding

Being too permissive is a problem. Your kids won’t develop good values if you just let them do whatever they want. Keeping a close watch on their homework and performance at school sends a powerful message. Enforcing your family rules on politeness, kindness, tolerance and chores, etc sends another.

Good parents are tough, because setting limits help children develop self-control. So be warm towards them, but stay in charge. You’re not their friend, you’re their parent, and you will have to be hard on them. Because kids will always take the easy option. Setting expectations and then not enforcing them also confuses children, and so they’ll test you endlessly. While consistently enforced rules help them learn to behave in ways that make them more socially skilled, resilient, mature and responsible.

Your kids also need to be able to talk to you. That means being sensitive to hints that they want to say something important, and giving them your undivided attention far a few minutes. Make them feel comfortable raising any topic. And chat with them about their day over dinner. Regular conversations will alert you to any looming problems, like bad friends.

Small kids are also wildly antisocial! They’re lazy. And throw tantrums. So you’ll have to insist on good behaviour. Do that, and your squabbling toddlers will gradually become great kids. Even in their teens.

They’ll also be rude and use bad language. So make sure they understand that while you can’t stop them learning such ideas from their friends, and even using them together, there are limits. Like you don’t want to hear bad language. And that in public - and that includes their social media - they need to be polite. And there can be serious consequences if they’re not.

Snoop on them online

Create social media accounts pretending to be some luscious crushable teen and follow them. They’ll say some amazing stuff to your juicy teen, but at least you’ll know what they’re up to. Resist the temptation to sound off about it - they’ll just get more careful. Just steer them imperceptibly towards more adult behaviour.

Because for modern teens, the world’s online. And they’ll shrug off all your warnings. They’ll say you don’t know what you’re talking about. That you exaggerate the downsides. But downsides there certainly are.

Like today’s kids find out about sex from the internet. And admittedly, there are websites that offer them helpful information. But far more are simply revolting. So be warned. Your children might be looking at some extremely weird behaviour. And thinking it’s normal.

So resist giving your children smart-phones too soon! Assume they’ll lie about their surfing and monitor their internet use. Encourage them to talk to you about anything that disturbs them. Above all, explain to them that love is about caring for your partner, and that although some people do like watching other people having sex, what’s on the internet is nothing like the real thing.

So start teaching your kids internet safety early. And don’t kid yourself that they don’t have access, they have friends! Tell your children never to reveal any personal information. Or photographs. If they become secretive about the internet, ask why. Tell them not to do anything online that wouldn’t be OK face to face, no matter how tempting. So no rudeness. Or ranting. Or threats.

Fortunately, it’s not all bad news. Kids these days are not called digital natives for nothing. They see the world through online eyes, and can’t imagine life without continuous access to technology and the internet.

So good parenting isn’t about eliminating children’s access to technology, it’s about helping them develop the right kind of relationship with it. Because for older children, the internet can give them additional learning opportunities, beyond the traditional classroom or book.

But show them how you strike a balance between time on-line and time spent interacting with your family. Put all devices aside during family mealtimes, and concentrate on talking together, just as Steve Jobs used to with his kids.

Be aware of the possibility of ‘cyber–bullying.’ Scary texts and emails, embarrassing photos and fake profiles posted by their ‘friends’ can get to your children 24/7.

If one of your kids is being cyber–bullied, they probably won’t tell you, for fear being thought weak or a snitch. So it’s important you watch for the early signs, such as changes in eating and sleeping habits, frequent or faked illnesses, an unexplained falling out with friends, declining grades or not wanting to go to school or to socialise.

The key’s always being involved in your children’s lives, especially when they’re small. Lots of supervision, love and attention. Knowing where they are at all times. And who their friends are.

Constantly watch for the signs of potential issues. It’s actually quite difficult, because a certain amount of antisocial behaviour’s pretty much normal in small children. And in teens. Because no matter how mature they seem, they’re unable to think things through like an adult.

So you’re going to have to be patient with their poor decisions, poor social skills, anxiety and rebelliousness. They’ll often say really upsetting things. There’ll be door-slamming and arguing. But if a teen’s becoming seriously withdrawn, or verbally or physically aggressive, then you need to take control.

Listen and try to see their point of view. Try to stay calm and avoid saying anything you may later regret. But if you’re starting to have a horrible feeling that something’s going dreadfully wrong, then it probably is.

Teens are notoriously prickly, rebellious and secretive. So expect yours to be uncommunicative and even rude - or worse. Respect their need for privacy, but also insist that they’re polite. And encourage them to discuss the problems they’re facing. Especially learning to do the endless stuff that adults have to be good at, like taking decisions and making wise choices. So that with your help, they’ll acquire the skills they’ll need.

Here are some that you make in this decade that’ll affect you.

By Kirsten Kanja | 20 hours ago

By Rashid Lorogoi | 1 day ago

By Faith Kariuki | 1 day ago