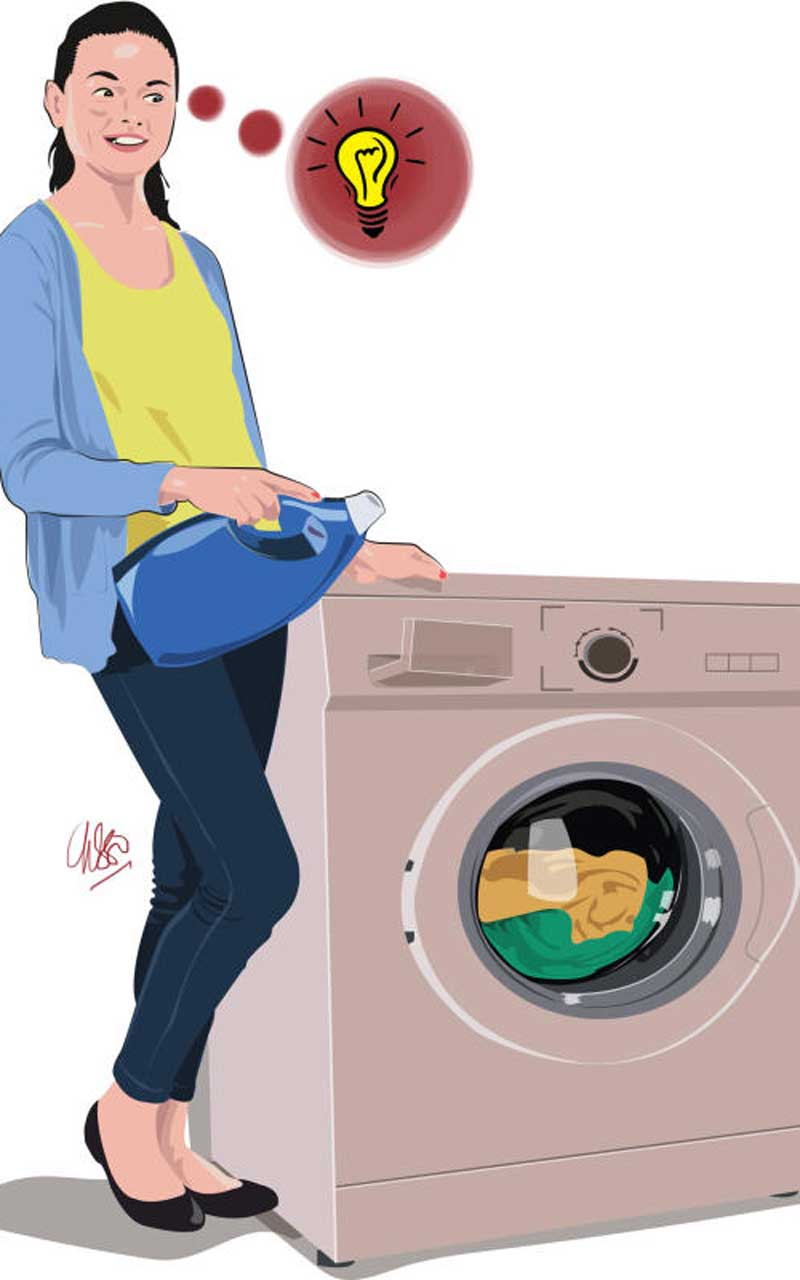 It is really true that sharing is caring. Think about it – whenever someone discovers something that is beneficial to them, it is rare for them to keep it to themselves. More often than not, they will want to shout about it, and with all the social media platforms now available, that is exactly what they do.

Come to think of it, even before social media, people with good news found ways to share it. I’m thinking of the man named Archimedes from ancient times who, while having a bath one day, made a scientific discovery that was apparently so big that he jumped out of the tub and ran down the street buck naked shouting, “Eureka!” because he knew it was important to share good news, especially in science.

Why am I sharing this? Because I care about those who, like me, are constantly looking for easier and more effective ways to do their house chores! So, one evening a few months ago, sitting in my house with a few guests, the conversation turned to washing machines – I don’t recall why. Then one of the guests shared that she usually mixes her detergent with water in a container, which she then pours into the machine before she starts the washing. Our older girl and I – who are responsible for the laundry in our home – were blown away because we have really struggled with how to spread the detergent evenly while trying to avoid staining from the lumps that don’t dissolve properly. It was so simple yet so clever that we implemented it immediately.

Coupled with that eureka moment was another revolutionary discovery by my sister, whose machine is similar to mine. Because we live on the top floor, we suffer from low water pressure so a single batch of laundry would take hours and require constant checking because the sensor would beep to signal that there was not enough water pouring in. Then my sister ‘idly’ mentioned recently that the salesman had told her she could manually fill her machine with water. Huh? How do manual and automatic work together?

Our daughter and I discussed this for weeks, wary of trying something that might damage the investment and cause us to revert to doing laundry by hand! Then my sister revealed that she had tried it and her machine had kept going. So we thought we should also give it a go. Imagine our shock when the first batch was done in half an hour and we could actually load a second one! Although manually pouring the water in is a bit tedious, it’s a small price to pay considering how much time we’re saving now.

My walls are thankful

But the biggest benefit of sharing came to me last weekend, when I finally decided to tackle the walls of my shower. For a while I have been studiously ignoring them because I believed getting them to shine would be the equivalent of building one of those by-passes that have turned our roads into motoring wonders. I had previously tried a stiff brush, bleach, even vinegar, with little success.

Then a cousin casually mentioned bicarbonate of soda. And how does one use this? She said just make a paste and plaster the walls then come back a little later and rinse it off. So I took the first step and bought the product, only for it to sit in the kitchen cupboard for another few weeks as I pondered how to mix the paste and spread it.

When the shower walls were just about to start pleading for their right to a clean environment, I decided to turn to good old Uncle Google. Imagine my delight as I watched a 10-second video of a girl describing how she merely wet a sponge, poured some of the powder on it and wiped her shower walls to get the desired results in minutes. Within the hour I could almost hear my walls singing my praises. I was amazed at how quickly and easily it worked! Sharing is caring, people, do it today!