The loneliest park in Kenya 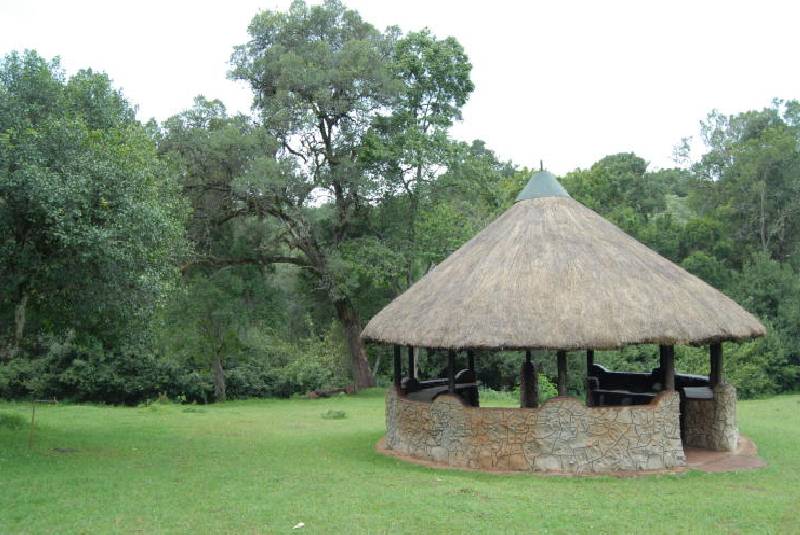 Then there is western Kenya, a region that has largely remained unexplored in terms of tourism. And where do you begin your exploratory venture? Well, from the beginning.

We left Eldoret on a cold Friday morning and headed west past the agricultural town of Kitale. A feeder road led us to the land of the Sabaot where grass-thatched huts seemed to jut out of the ground. The area gained some notoriety several years ago after rag tag militia wrecked havoc by committing untold atrocities to residents. But the serene atmosphere that greeted us bore little semblance to the area’s troubled past. I had survived a cattle raid in Tondonyang and a buffalo chase in Karamoja. I was ready for Mount Elgon.

Half an hour later, we were ushered into Mount Elgon National Park, a jewel well-hidden from the rest of the country. A ranger pointed out that the park was dubbed the loneliest in Kenya due to its distance from the other well visited “big boys” – Tsavo, Masai Mara or Amboseli. It is no surprise that the park has been branded by Kenya Wildlife Service as an “untamed wilderness, secluded splendor.” Before sunset, though, we hoped to have explored Mount Elgon’s glacial tarns, the immense caves and the crystal clear streams cascading into waterfalls. But the misty weather kept playing tricks on us.

One of the largest calderas (a volcanic feature formed by the collapse of a volcano into itself) in the world, Mount Elgon is mystical. In fact, very few were sure of what its name would be. It has been called the Mountain of Illusion due to the many hiking parties that would get lost in the labyrinth of tracks. Unlike Mount Kenya and Kilimanjaro whose height was obvious, there was also the confusion as to what Elgon’s tallest point was with Koitoboss and Sudek peaks stealing the thunder at various times.

However, Wagagai in Uganda is the highest at 4,321 metres. The Sabaot named Elgon Ol Doinyo IIgoon, or the human breast mountain. Did it resemble a human breast? They knew better. In any case, this name did not impress British explorer Joseph Thomson who substituted it for Masaba, after a Bukusu elder. According to Uganda’s department of tourism, Elgon was once taller than Kilimanjaro but years of erosion scaled her down to the current height. I am not a geologist and hence not in a position to verify the veracity of those claims.

Land of leopards and mining elephants

We delved deeper into the mountain, egged on by a desire to leave our footprints where few have trodden. Bush bucks, water bucks, and all other bucks ducked into the thick undergrowth while baboons howled at the intrusion of their private parties. Leopards, we were cautioned, abound here too. They must have been watching us from a good distance.

The highlight of our trip was a visit to the legendary Kitum Cave. The 300-metre hike towards the caves tested every fibre and sinew in our bodies. Penetrating 200 metres inward, Kitum Cave received worldwide recognition due to the elephants that visit here on a regular basis for their salt mining sprees. Known as the troglodyte elephants, they have been using their tusks for millenniums to break off large chunks of salt laden rocks from the cave walls. But why the peculiar behaviour?

Well, the high rainfall in the area has leached most of the salts that animals need. Hidden from the rain, however, the caves have retained most of these mineral-rich soils and are thus a rich dining area for the elephants. Sadly, some elephants have paid dearly for these excursions as evidenced by bones strewn around the caves. Fortunately, the elephants seemed to have had enough of the salts during our visit. None came for more during our visit.

We delved further inside the dark caves where every little sound reverberated like thunder. It could not get scarier. A whole day, or even two, is not enough to explore all the hidden gems on this mountain. We only had a few hours. A return trip to Mount Elgon will be on the cards. Our whirlwind tour of western Kenya continues.

Bring back pumpkins to the menu