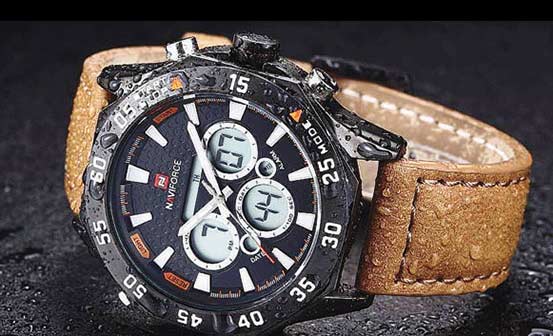 Big luxury watchmakers at the Geneva fair mid this month displayed little risk and extravagance in terms of style, focusing on classics and neo-vintage models and leaving it to smaller rivals to stand out with original and bold designs.

With demand falling from Chinese, Russians and Middle Eastern customers, pushing the industry into its worst downturn since the 2008-2009 financial crisis, big watch labels sought to reassure customers searching for lasting value for money, executives said.

“There is so much digital in our life that when it comes to watchmaking, people feel the need to return to more traditional objects.”

Selmoni said some of the highest areas of growth for Vacheron Constantin were classic, exclusive and customised timepieces. He said customers were also into ultra-slim models — like the Hermes slim watch launched last year.

Models inspired by the past are taking shelf space too, watchmakers said.

Montblanc, the Richemont brand that started to diversify away from pens in the late 1990s, has been developing a neo-vintage line called 1858, with models starting at 3,000 euros.

Sister brand Jaeger-LeCoultre said it had extensively revisited its best-selling reversible-dial Reverso watch that celebrated its 85th birthday this year.

Nine small luxury watchmakers were at the fair for the first time, exploring new shapes and materials.

Several, including De Bethune, created in 2002, Hautlence set up in 2004, and H. Moser, a label created in 1828 and re-launched under new owners, presented watches without a logo.

That could attract Chinese customers scared to be spotted with an expensive watch since a government crackdown on gifts for favours, said Watch-Insider.com journalist Alexander Linz.

Herve, a Belgian entrepreneur and watch collector, said he enjoyed wearing a unique, handcraft watch without a logo.

“A watch made by a small artisan gives me more emotion than a watch made by a big industrial group even if it is of good quality too,” he said, declining to give his family name.

He sported a 250,000-euro watch by De Bethune featuring the astrological map from the day he was born.

One of De Bethune’s original creations this year included a one-of-a-kind 450,000-euro ovoid watch carved from a meteorite that looked like a space ship with a ruby knob fitted with a diamond inside to make it glitter.

Among other bold creations were HYT’s watches featuring fluorescent fluids moving through a capillary to indicate the passage of time, and the bulky, square timepiece designed by ex-soccer star Eric Cantona for Hautlence.

Tech world: Underwear that makes you fart with confidence