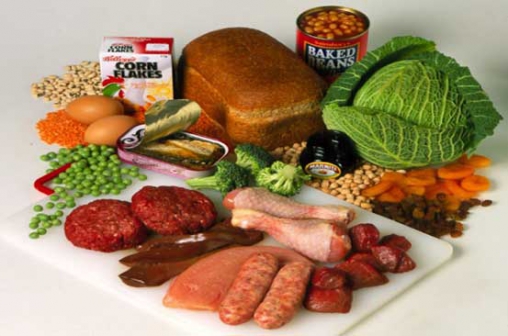 The last Kenya micro nutrient survey done in 1999 showed a prevalence of iron deficiency anaemia to be at 55.1 per cent among all pregnant women, more than 46 per cent among non-pregnant women and an estimated 28.8 per cent in children, with those aged below one carrying the greatest risk.

The most common cause of anemia worldwide is iron deficiency, majorly caused by inadequate dietary iron intake and poor iron absorption.

Exclusive breastfeeding in first six months is good for children

There are several anti-nutrients found in foods of plant origin that hinder absorption of iron and other micro-nutrients.

Phytates, an anti-nutrient mostly found in legumes, reduces iron absorption by up to 80 per cent. Legumes are rich in non-heme iron.

Soaking, fermenting or sprouting your legumes almost completely degrades the phytates and greatly increases the body's ability to absorb iron from your diet.

To prevent this interaction of phenolic compounds with your nutrients, avoid having tea, coffee or anything that has cocoa together with a meal or just before or immediately after a meal.

Dark green leafy vegetables are a good source of iron but also contain considerable amounts of oxalic acid, an anti-nutrient that affects the body's ability to absorb iron.

However, if you overcook your vegetables, most vitamins including vitamin C, are destroyed making it very hard for the body to absorb iron and other essential nutrients.

Vitamin C is the most potent enhancer of iron absorption, especially the iron found in plant-based foods. Like most vitamins, it is easily destroyed by light and heat.

Being a water soluble vitamin, vitamin C is lost if vegetables are cooked in water or boiled. Cooking your vegetables under low heat and for a short period helps retain most of vitamin C. Cook your vegetables full because cutting them into very small pieces increases the loss.

Calcium, a mineral mostly consumed from dairy products, interferes considerably with the absorption of both heme and non-heme iron. Since calcium is a vital nutrient for normal functioning of the body, we cannot avoid it.

The practical solution for this is to increase intake of iron and vitamin C rich food or avoid eating foods rich in calcium (dairy) and iron at the same time.

The consequences of iron-deficiency in pregnant women and young children can be fatal. By doing small things like soaking your legumes before cooking, steaming vegetables instead of boiling or avoiding  that cup of tea during a meal can save a life.

Nutrition: The importance of breastfeeding for 6 or more months

Members of Parliament from Central Kenya are in a dilemma on whether to support calls for resignation of the embattled Devolution and Planning Cabinet Secretary Anne Waiguru.