Education not the only path to success 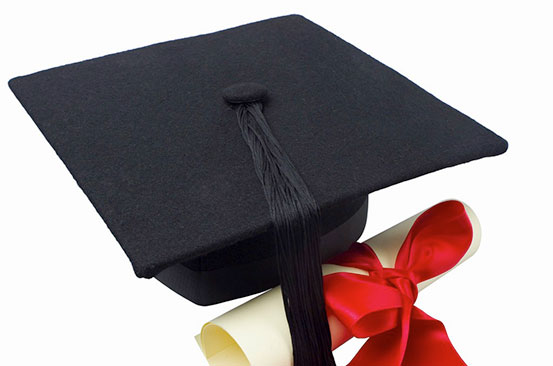 I am now convinced beyond reasonable doubt, fellow countrymen, that education is not the only route to success in life as is said.

As a parent, I have been trying to preach this harsh reality to my children, in the hope that this might encourage them to pursue other paths.

Ultimately, I intend to debunk the long-propagated myth which holds that failure in school means failing in life.

It is now close to three decades since I left school, but I am yet to lay claim to any reasonable success.

Years of toil, stress and pressure have not lifted me above the poverty line, and it will probably take a miracle for me to join the millionaires’ club.

Mama Jimmy, on the other hand, maintains an almost fairy-tale confidence in the power of education.

Last Friday, she sat our sons down for a dose of advice.

“Education is the key to success in life, boys,” she told them. “You must study hard, obey your teachers and pass your examinations. Without a good education, life will be very harsh.”

Well, I agree that education is important in many respects, but it does not quite seal the deal. Success demands more than the ability to crunch figures and speak English through the nose. The key to a successful life may, in most cases, lie elsewhere.

“You shouldn’t limit their scope to education, dear,” I told Mama Jimmy. “You should encourage them to pursue other frontiers as well. Education is not everything.”

I then reminded her that very few tycoons hit the jackpot on the mere strength of their academic prowess. The world’s most successful people are not necessarily the most educated, despite what your teachers may have told you.

In fact, some have openly confessed that they dropped out of school in order to pursue real money. I listed a number of tycoons, musicians, business magnates and sports personalities who discovered early in life that school would only stand in their way to success.

“Have you lost confidence in education?” she demanded. “Are you trying to tell our children that school will take them nowhere?” To this, I noted that I was merely being realistic. In school, you learn important things such as algebra and the life cycle of amoeba, but this knowledge may not guarantee easy living.

Topping that every end term may move you to the next level, but the real world pays no attention to your impressive grades. For instance, I am yet to find a bank that accepts degree certificates as collateral, and no shylock would ask for your academic transcripts as a condition to considering your request for a loan.

“So, are you saying that papers are useless?” Mama Jimmy wondered. I shook my head. I said that having impressive papers is important, particularly in securing employment, but that is where the party ends.

“With or without education, one needs a host of soft skills to be truly successful,” I said. She gave me an amused look.

“What are these soft skills you keep talking of?” she asked. I told her that one needs certain skills that may not be taught in school, such as public relations, financial management, planning and critical thinking. It also helps to have a nose for cash, as well as a deep fear of failure and a fighter spirit.

“These traits are common among successful people. Ordinary minds lack these traits, which is why they remain ordinary,” I remarked. I added that such people also possess an unbridled desire to not only succeed in whatever they do, but also to outshine their competition and remain at the top.

“Such fanciful thinking will encourage our children to be lazy, Baba Jim. I wish you could urge them to work hard instead,” she countered, but I disagreed.

For our children to succeed, they should learn to work smart, not hard. “Hard work rarely translates into wealth, dear. Only a fool would work hard in the hope of succeeding. Have you ever seen a rich donkey?” I asked with a grin.

She gave me a long, thoughtful look, and left the room without uttering another word.

Louis van Gaal has confirmed Manchester United will continue to play in a 4-3-3 formation, despite operating in a 4-2-3-1 system during their four pre-season games.