Move out of the way

I recently learned a very vital lesson: Do not stand in God’s way when He is getting ready to do something in someone’s life.

I have a colleague who has taken life for granted. He has a great personality (cheerful and forgiving) but lacks in fundamental moral obligations. For example, he has a poor work ethic. This has seen him constantly moved from one department to another.

Recently, he behaved so badly that he was removed from his position, so that he now has no job description. I knew he was facing the sack, so I whispered something to him, to prepare him and have him also think of an exit strategy.

Unfortunately, my words were twisted, and in the end, the blame lay at my doorstep. I had tried to help in good faith, but found myself having to weather a storm.

Later, while reflecting on this situation, I heard God’s voice: Move out of the way! I realised that in the three or four times we had prevented this man’s sacking, we had not helped. In fact, we were annoying God! After this realisation, I have been at peace.

How many times have we tried to ‘help’ people in trouble, only to end up in trouble ourselves? Consider some prisoners’ testimonies. There is the village ‘terrorist’, whose mother provides him with an alibi every time the police try to arrest him. The day she can no longer help him, the long arm of the law moves in and the ‘terrorist’ finds himself condemned to fellowship with the hangman’s noose.

Ten, and then 20, years later at Kamiti, there is neither noose nor reprieve. He has exhausted his appeals, and is either waiting for death in prison or a dramatic presidential pardon.

With all windows and doors shut, the ‘terrorist’ has no option but to face God, ask for mercy and turn a new leaf. He becomes so intimate with God that when the President does release him, true to his word, he labours day and night to minister to other criminals.

His mother had stood in the way of this great work all these years. But I can understand her; no sane mother would want her son behind bars. Yet a time comes when we must let go.

You will recall the story of Jonah, who was sent by God to Nineveh, but tried to run away by hitching a lift on a ship going elsewhere. But the sailors ‘helping’ Jonah was standing in the way of God’s plans and purposes. When the ship started to sink, and it became apparent that Jonah was the problem, they had no option but to throw him overboard.

The whale sent by God swallowed Jonah for safekeeping, because it was while in its belly that he had time to reflect. When Jonah was spat out, he went on to do what he had been avoiding all along.

Put aside sentiments and let God be God. Allow Him to do a good work in your friend or relative’s life. 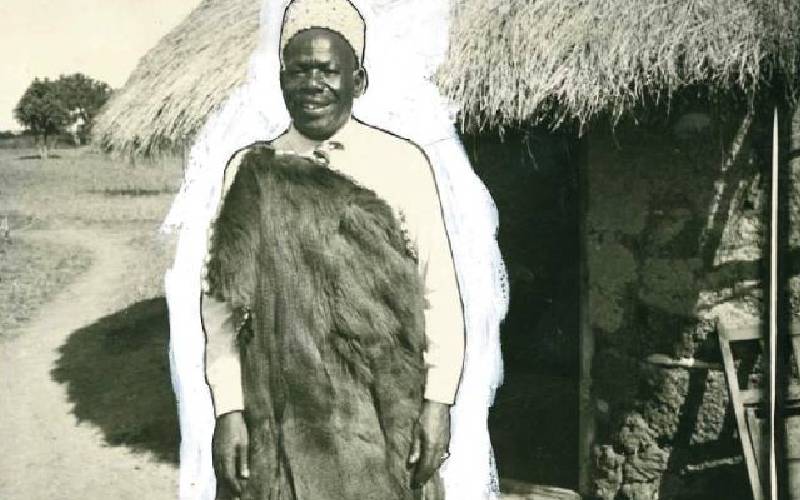 Premium Dini ya Msambwa leader's widows pray for help to end life of misery
Sect leader Elijah Masinde was a mythical figure to many including his surviving wives. Sect followers, widows lament government neglect.
Western
By Alexander Chagema
1 month ago
.