Cannibalism, considered an exception rather than the norm, is something associated with a few ‘primitive’ tribes, sorcerers or people with psychiatric disorders. But what would you do if you found yourself in the middle of nowhere and your survival depended on human flesh — the only item on the menu? Would you rather die than turn to cannibalism?

That was the dilemma presented to some Uruguayan rugby players in 1972 after a plane crash in a part of the Andes, described in wikipedia.com as a remote mountainous border between Argentina and Chile. The story, which has become the subject of a number of books, documentaries and movies, began on October 13, when a Uruguayan Air Force Flight 571 carrying members of the Old Christians, a college rugby team from Montevideo, crashed on its way to a Copa Amistad match in Santiago, Chile. It ended 72 days later on December 23 when survivors were finally rescued.

According to bbc.co.uk, 12 of the 45 passengers onboard died shortly after the crash, another five succumbed to their injuries the following morning, while one died on the eighth day. Stuck in freezing mountain conditions, the 27 players had little luck as search teams using planes failed to locate the wreckage. This was made more difficult since the white plane had blended with the snow. The search was called off after eight days on the assumption that there were no survivors.

The rest of the story could as well have been invented by a Hollywood scriptwriter. The survivors had a little water, a few bottles of wine and some snacks, which they divided among themselves in small amounts. But these were soon exhausted and they began starving since the area had no natural vegetation or animals. They had to collectively consider making a decision that would draw the line between life and death. Was it right to eat the flesh from the corpses of their teammates and classmates, which was the only food available?

Quoting excerpts from the book, Miracle in the Andes: 72 Days on the Mountain and My Long Trek Home (published in 2006) by Nando Parrado, one of the survivors, wikipedia.com says they had reached a "desperate stage".

"We were starving in earnest, with no hope of finding food, but our hunger soon grew so voracious that we searched anyway … again and again we scoured the fuselage in search of crumbs and morsels. We tried to eat strips of leather torn from pieces of luggage, though we knew that the chemicals they’d been treated with would do us more harm than good. We ripped open seat cushions hoping to find straw, but found only inedible upholstery foam… Again and again I came to the same conclusion: unless we wanted to eat the clothes we were wearing, there was nothing here but aluminium, plastic, ice, and rock."

They eventually decided cannibalism was the only way out. And seeing no way out, a few of the survivors eventually decided to make the treacherous mountain trek in search of help. By this time 11 others had died. The trekkers eventually made it to civilisation, and on December 23 rescue teams finally took the 16 survivors to hospital. They were treated for altitude sickness, dehydration, frostbite, broken bones, scurvy and malnutrition.

Although in subsequent interviews most of them lied they survived on cheese, word on the cannibalism soon leaked out. Some would later justify their actions by saying that being Roman Catholics they considered it to be like the ritual of the Holy Communion where the faithfully symbolically eat the body of Christ.

They also decided to clear the air by narrating their experience to British writer, Piers Paul Read. His 1974 book, Alive: The Story of the Andes Survivors, available on amazon.com, remains popular.

The incident inspired the expression, "rugby players eat their dead".

The alphabet in the undergarments

The alphabet is the building blocks of a language. But it would appear that marketing geniuses have come up with a better use for the English alphabet. Clothing has been called all sorts of names but none seems to have captured the sassy need to sound hip as the undergarments. The men’s briefs were once referred to Y. Now I’m not too sure why those who chose to baptize it so had to jump all the letters of the alphabet until the second to last letter. Frao has some ludicrous suggestions about the history of the name, but I would hesitate to publish it in a family newspaper such as this. The ladies’ garment has been reduced to string named G.

By Lynn Kolongei | 43 minutes ago 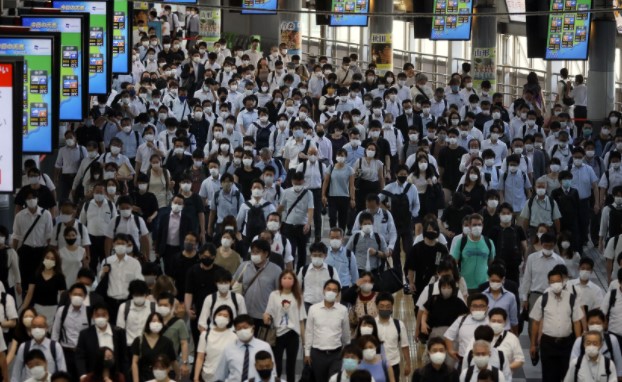