A dip into darkness 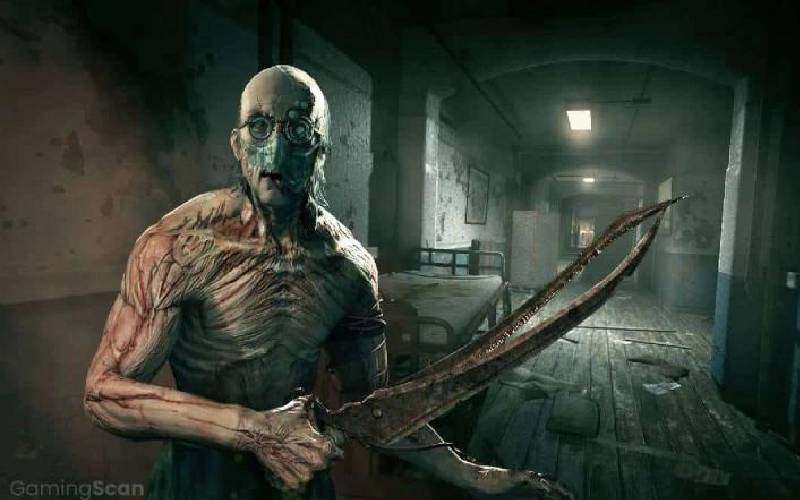 It is October 31 and you know what day it is. Yes, it is Halloween. This is the time of the year to dip into the darkness.

This season is synonymous with scary movies, spooky TV shows, and ghost stories.  But there’s one medium that offers arguably the best spooky experience of all, one that allows you to both consume the story as it unfolds and become immersed in it at the same time.

We’re speaking, of course, about video games. And we’ve put together the scariest titles of all time which will terrify you. Whether you are into jump scares, psychological torture, or a blood-soaked battle for survival, we got you.

Get your spook on; unleash the demons in you and enjoy.

This survival horror game brings out the real meaning of fear. Set in an atmosphere of constant dread and mortal danger you play as Amanda, who enters a desperate battle for survival, on a mission to unravel the truth behind her mother’s disappearance.

As Amanda, you will navigate through an increasingly volatile world as you find yourself confronted on all sides by a panicked, desperate population and an unpredictable, ruthless Alien.

Underpowered and underprepared, you must scavenge resources, improvise solutions and use your wits, not just to succeed, but to simply stay alive. In order to find the truth about her mother, Amanda is forced to confront the same terrifying thing that separated them.

This survival horror game is a brutal experience. Everything is terrifying and you rarely have enough bullets to feel anywhere close to safe. You play as a police detective trapped inside the mind of a killer, travelling through twisted environments and fighting horrendous enemies all based on the killer’s memories and emotions.

The single-player story is arranged in chapters, which players complete in order to progress. The game is played from a third-person perspective in which scavenging for supplies and learning when to fight or run are key factors in surviving the dangers of the game.

In this 2008 survival horror game, you get into it, not as a warrior or a soldier. You are an engineer on a spacecraft that has been overrun by monsters called Necromorphs. You are the last line of defence for the remaining living crew and you have to fight the monsters that appear from vents or awaken from corpses scattered throughout the ship. You can access multiple weapons to combat the Necromorphs, which can only be killed by severing their limbs.

This is a 2005 survival horror third-person shooter following Leon S Kennedy; a rookie police officer who is now a full-blown government agent. He is tasked with saving the President’s daughter, Ashley, who was kidnapped by a creepy cult that injects people with a virus that turns them into violent murderous beings. Leon battles horrific new creatures infested by a new threat called Las Plagas and faces off against an aggressive group of enemies including mind-controlled villagers that are tied to Los Illuminados, the mysterious cult which is behind the abduction.

In this survival horror game, you assume the role of an investigative journalist who navigates in a dilapidated psychiatric hospital that is overrun by homicidal patients. In order to survive, you must either run or hide from enemies. Combat is not possible and attempts to confront an enemy will result in death. Armed with only a camcorder, all you can do is hide in lockers and under beds. However, enemies will look for you in these areas, so care must be taken.

Silent Hill is one of truly scary gaming franchises. The survival horror game follows Harry Mason, a young man searching for his daughter while struggling to exist in a place between reality and hell in a town with gruesome, dark secrets. You get to follow a trail of blood and mutilation to snatch a loved one from the clutches of demonic power. You get to enter an alternative dimension where death is no escape. The game uses a third-person view, with the camera occasionally switching to other angles for dramatic effect, in pre-scripted areas as you confront monsters in each area with both melee weapons and firearms.

Imagine getting lost in the bush. It is probably the most frightening experience anyone can encounter in the wild.

Immerse yourself into the Metaverse