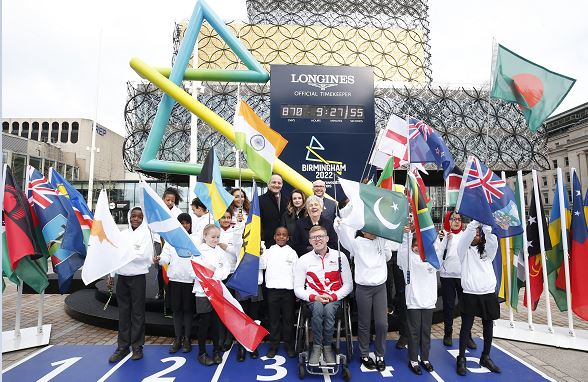 After making an impressive show at the Australian Gold Coast four years back, the Beach Volleyball makes a return to the Commonwealth Games programme for Birmingham 2022.

This will be the second show at the Commonwealth Games after four years prior, and therefore the first staging within England.

Wanjala replaces Sammy Mulinge who will now manage the men’s side while the Women’s team manager will be Mududa Waweru.

The qualifiers which are due on March 24-29 in Accra, Ghana will see the Kenyan side of Gaudencia Makokha, Brackcides Agala, Phosca Kasisi, Yvonne Wavinya, Veronica Adhiambo and Naomi Too battle it out for the slot.

The men’s team under Ibrahim Odour and James Mwaniki will see Elphas Makuto and Jairus Kipkosgei, Kenya Prisons, Donald Mchete and Wilfred Kimutai on the preliminary list in the residential training camp starting early next month.

This will come after the completion of the third beach volleyball leg on February 26-27 in Mombasa County.

Beach volleyball will feature on 9 out of 11 days of spectacular sporting action in Birmingham.

The home Games’ opening ceremony is set for Thursday, 28th July and two days later on Saturday, 30th July, the first athletes will step out onto the beach courts.

Featuring both weekends, beach volleyball continues right through the Games until its climax on Sunday, 7th August, the penultimate day of Birmingham 2022, when the battle for bronze, silver and gold medals climaxes.

A bespoke arena is being built in the inner-city area of Smithfield to stage the beach volleyball as well as the 3v3 basketball and 3v3 wheelchair competitions.

The CGI below gives you an idea of what to expect of the arena.

Two teams will battle on the sand beginning each rally by serving the ball over the net which will see the ball hit a maximum of three times on one side before being directed back across the net.

This back and forth across the net continues until one team wins the rally.

The team that fails to return the ball, commits a fault, or if the ball lands in the opponent’s court, earns the opponent a win.

The winner of the rally wins a point and will serve next.

Matches are a best of three sets with the first two sets played to 21 points and the third set (If necessary) played to 15 points. A set is won by the first team to reach 21 points (or 15 points) with at least a two-point advantage. In the event that the score is 20-20 (or 15-15), play continues until a team earns a two-point advantage with no limit on the final score of a set.