A clear take-off is what Maulid Ramadhan needed to claim Nanyuki Sports Club January Monthly Mug trophy over the weekend.

Playing off handicap 13, Rama fired a round of 67 with a 1-under 35 outward nine and a fine score of 4-under 32 on the inward nine to headline the day-long meet played under medal scoring format.

He set off with three back-to-back pars on the first, second and third holes before birding the fourth, par-four.

He then hit the headwinds with double-bogeys on the par-four fifth and sixth holes before winding up his front nine with a par on the par-five eight hole and a double-bogey on the par-three ninth hole.

After the turn, he steadied his sail on his way to victory with three straight pars on the par-four 10th, par-four 11th and par-three 12th holes.

Psyched up and raring to go, Rama brought out his A-game as he birdied the par-four 13th and 14th holes, before losing steam on the 15th hole a par-four, where he picked a bogey.

While attempting the high-cut on the par-five 16th hole, he instead sliced it and went out-of-bound, which cost him two vital strokes for another bogey.

He then picked a double-bogey on the par-five 17th after four-putting despite hitting the green on regulation but ended his round with a two on the par-three 18th hole.

"I played alongside a tough team that pushed me to the limit though my game was equally good. I was hitting the greens on regulation and my putting was equally super save for the 17th where I fumbled a bit, but I'm happy with my win while preparing for ICEA King of the Course next weekend," said Rama.

Next article
Bayern in turmoil ahead of PSG duel 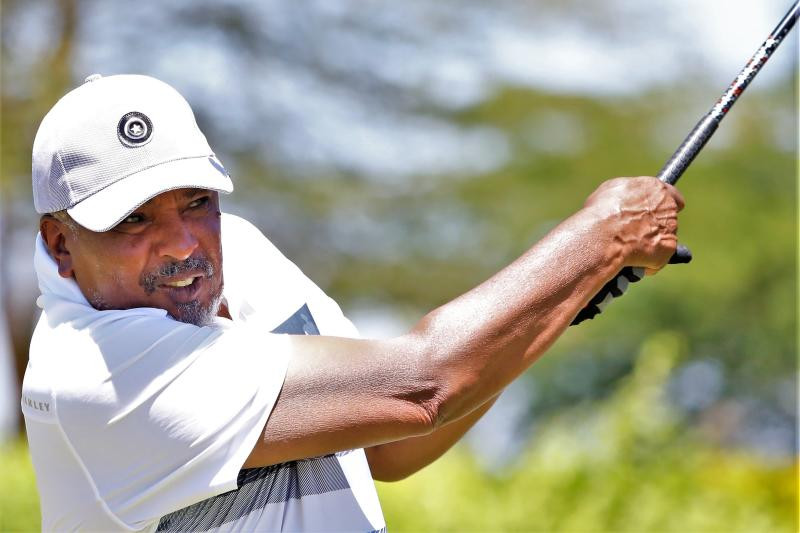 By Mose Sammy Jan. 07, 2023
Golf
Hunt for King of the Course returns today