Defending champions KCB Rugby will renew their rivalry with Kenyatta University’s Blak Blad in the Impala Floodlit semi-finals set to be played at the Impala Sports Club on Saturday from 7 pm local time.

The bankers battled to edge out Kenya Harlequin 14-10 in a close mid-week clash that was postponed from last Saturday.
Power failure on the right side of the pitch forced the abandonment of the match on Saturday with Impala and Nondescripts game also postponed.

Organizers said that the tough decision to postpone the matches was reached by the organising committee, clubs and match officials after the lights failed since the safety of players couldn’t be guaranteed

This is after Blak Blad rallied from 13-7 down at the break to stun Strathmore Leos 20-19 to sail through to the semi-finals.

The power hiccups saw the abandonment of the match between hosts Impala and Nondescripts when Nondies were leading 15-0.

On Wednesday, Nondescripts also stopped hosts Impala Saracens 33-7 in the delayed quarterfinal match on Wednesday to set up a semi-final clash with Menengai Oilers.
The Floodlit Rugby Tournament offers build-up matches to various teams that will be participating in the 2022/2023 Kenya Cup season, scheduled to kick off on November 26th, 2022.

In Kisumu, Kenya Cup champions Kabras Sugar will renew their rivalry with KRU Championship side Kisumu RFC in the Victoria Cup semifinal match to be played at the Jomo Kenyatta Stadium.
The other semifinal match will see MMUST play Western Bulls. 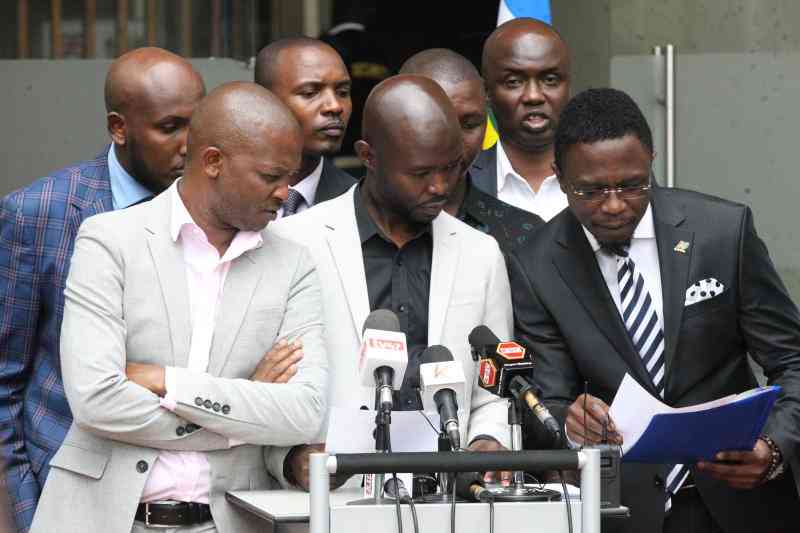